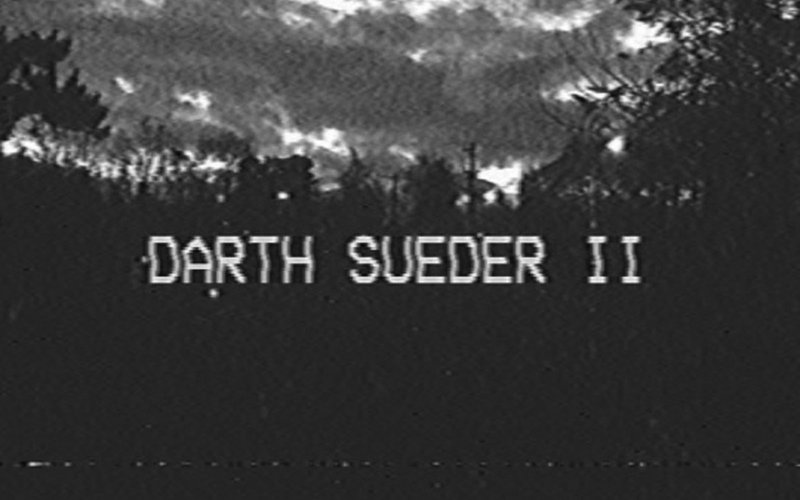 When we last left AJ Suede, resplendent in black robe and scary space mask, the esoteric-leaning Seattle transplant traced his roots back to the East Coast with a sample-heavy smattering of overcast, grayscale rap scouring the depths of his psyche. Ice water and tattoo ink flowed through his veins at some points, showing romantic warmth on others like "Clear the Air." For the sequel, five months and three projects later, Suede returns with a lean set of self-produced tunes about witchcraft, racial strife, and the benefits of solitude. Ten songs (including a bonus, produced by Wolftone, titled "Pure"), twenty minutes, perfectly in line both Suede's ability to do a lot in a short space and the format catering to short attention spans (a pretty exciting trend in 2018 rap).

If the original was steeped in the aesthetics of our compatriots hanging around the Atlantic Ocean, Darth Sueder II: Goth Marciano (a titular tribute to arguably the leader of the new vanguard of East Coast rap. Roc Marciano) finds firm footing in his recent home. The cold front hitting seemingly without warning this past fall can be felt in the falling, browning leaves on "Lovable," and our (anti-)hero fires up the reefer "on Broadway like I won a Tony" on "Time Alone." Built to Spill's 1997 emotional epic "I Would Hurt a Fly" is repurposed musically and thematically on "Feeling Bad," where Suede cautions against overt pacifism, sings lullabies to insects passed out from a contact high and alludes to one of the great underlying themes in his work: karmic retribution.

Being a prolific artist, especially in the realm of hip-hop music, often means working out thematic modes and obsessions in real time, and of course, Sueder II is no exception to the rule. "Brujeria" finds Suede beheading chickens, their blood splattering all over his shower curtain. In the hands of a less defined wordsmith, this may come across as a sharp pinch of shock value. But Suede is well aware of the actual practice of brujeria versus just having it as a cool song title; there is an intimacy and spiritual awakening in facing death directly. There is a beauty in having a relationship with our dead. Suede ends the song by offering vocal tribute to some of the people he's lost.

Over the breezy, early morning soul sampled on "Time Alone," Suede requires 40 ounces of coffee and an eighth of an ounce of weed for regular functioning, draws back to his formative years basking in the aura of Roc-A-Fella principles Damon Dash and Kareem "Biggs" Burke and coveting the symbol of being in the label's fraternity (a chain emblem with an uppercase "R" popping a bottle of champagne), more '90s cartoon references, shoveling holes for money "'cause I can't trust the bank," citing Kanye West and Street Fighter II in the same bar, and being nonplussed with the Oklahoma City Thunder, all leading up to the song's key lyric: "I like to spend some time alone but that don't make me lonely."

"Cheddar Biscuit" – titled after the famed Red Lobster appetizer once memorialized by Beyonce – finds Suede opening the set in pure spitter mode. Over a choice Portishead sample (shouldn't be that hard to guess which one if you're familiar with the band's 1994 classic Dummy), the young Sith lord boasts a flow like Ralph Nader ("really independent shit"), instructs you to call Pastor Mason Betha for prayer, and applies simple algebra to put down lesser rappers. Five years ago, it would have been a rare treat to hear a rapper unfurl word-drunk verses over a loop of the Bristol group (RZA did it 20 years ago, but it's known as gospel by now he was far ahead of the curve). Now it's fairly commonplace, and it seems as though Suede is deeply aware of this, as he settles in the pocket of his flow and tosses out bars with the confidence of a man who has been putting out work every two months for the past year.

Early in the album in immediate succession, Suede embraces his sentimental side. "Taking it Slow" strikes a balance difficult to pull off in song; sounding moony-eyed without sounding cheesy, drawing sexual imagery without sounding crass. "Lovable" rides a technicolored sample and crouches the romantic act of pot shaded in the same tones as the aforementioned autumn colors and psychedelic drugs within laughably unnecessary racial panic and gentrification leading to smoldering black anger, as well as the astrological Russian Roulette of operating vehicles while Mercury is in retrograde.

Later, "Play" shouts out the Misfits and finds Suede almost amused himself by pissing off fundamental Christians, shouts out distant cousins Ving Rhames and Black Rob, drawing a straight line between growing up poor in childhood and spending frivolously in adulthood, Sammy Sosa bleaching his skin, and his conflict-riddled childhood neighborhood making him tough. AJ Suede is far from an emerging talent in his adopted city; in fact, he has been one project away from cult-figure status the entire year. He's been almost there for a while; adding texture to his artistry, adding layers to his singular archetype in the world of rap music, adding depth to his writing. Darth Sueder II: Goth Marciano caps off his pretty magnificent year definitively, showing not only the music scene of Seattle, but the undertow of the national rap music scene that sky is the limit for him.

He's still just beginning to tap into his potential, much like Anakin Skywalker. It's scary to think of the empire he's capable of building.

The Best of Wolftone (Sort Of)

If Suede likens himself to Roc Marciano, Wolftone is his Alchemist; the locally lauded producer is not only one of the rapper's greatest collaborators, but the North Star of young beatmakers in the city and one of the scene's greatest talents. A few days ago, Wolf uploaded nearly two hours worth of tracks he's produced over the past two years – led off by Suede's immaculate 2017 single "Gas Light" – featuring can't-miss selections from DoNormaal, Taylar Elizza Beth, Raven Hollywood, and more. You could certainly do worse as far as 36-track playlists go.

December 11: Fucked Up, Narrow Head, and Dead Bars at The Crocodile 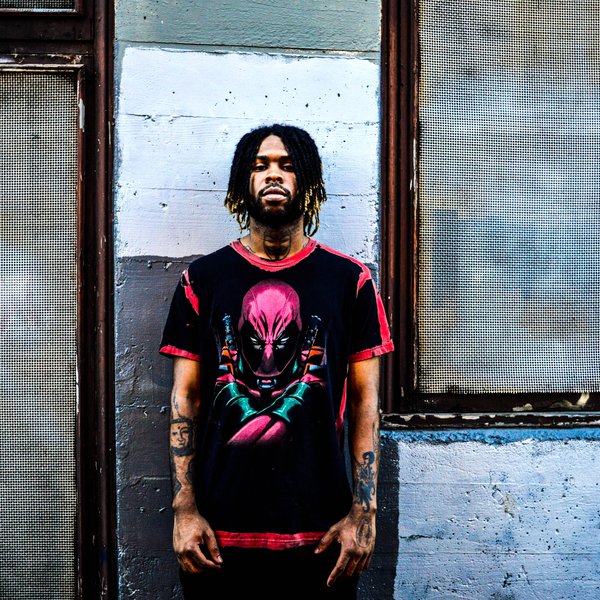 For his fourth release of 2018, one of Seattle’s greatest young rappers ventures into heretofore uncharted musical territory to spectacular results.