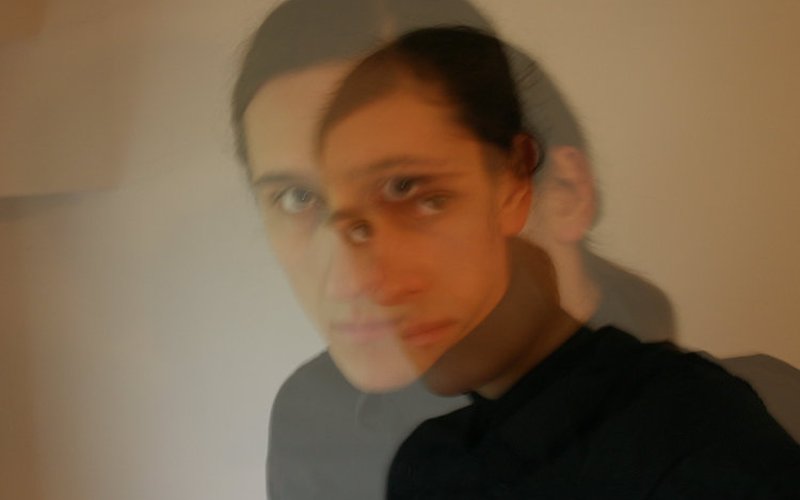 Precipitation is the project of musician and producer Zefan Sramek, who has steadily been releasing music under the moniker since his 2012 debut. In 2018 alone, Sramek released three projects: Earth / Sky on venerable label 100% Silk, Sites of Remembrance on Jungle Gym Records, and a collaborative track with Soft Fit under the name Aquatic Language. The latter appeared on the compilation Music for Five Post Cards. Precipitation's music falls in the grey area between ambient and spaced-out techno, a gorgeous blend of soundscape and rhythm that feels closely tied to Vancouver geography. Earth / Sky is divided into two parts which focus on the different elements, though it remains a cohesive whole tied together with slowly drifting synths. In late November, Sramek spoke to KEXP about his process of using field recordings in his music, his work as a photographer, and his evolution as a musician since 2012.

KEXP: In 2018, you have released two different tapes under the Precipitation moniker, Earth / Sky and Sites of Remembrance. Do you conceive of these releases as their own distinct projects, or do they exist as part of a larger musical world?

Zefan Sramek: Earth / Sky was recorded and released in 2018, but the tracks on Sites of Remembrance are actually from 2016. As such, although I conceive of all the work I do under the Precipitation moniker as connected, the two releases are more or less their own distinct projects. They come out of quite different contexts and states of mind. As humans, we have parts of ourselves that remain more or less constant over long periods of time, and parts that are more volatile and change from situation to situation. The music under the Precipitation moniker is linked by those more stable aspects but differs in relation to the ways in which I am changing, both as a musician and person. As a result, I think one can hear a common thread that connects the two releases, but also the differences resulting from the different contexts in which they were conceived. Earth / Sky is a much more directed attempt to integrate the sounds of my ambient and dance floor oriented work.

When did you first decide to integrate field recordings into your music? In addition, can you describe how you collect these samples?

I have experimented with field recordings on and off since I first started making electronic music. I became more serious about using them in 2017 while working on a yet forthcoming ambient album, which is very much tied to the idea of place. I think field recordings are interesting because they are a record of a certain location and context, although it may not always immediately sonically evident. In that way, they serve as a sort of sonic photograph, which to me is a way of tying a piece of music directly to a place that inspires it. It becomes a way of bringing the listener to the space or location that has inspired the work in a very direct way. Furthermore, the collection of field recordings itself necessitates that one spend time within the space that the recordings originate from. Thus the process of capturing the sounds becomes a sort of meditative practice through which one’s experience of the place, particularly sonically, becomes heightened. Forming a connection like this with the space then informs the creation of the work.

Can you hear a distinct evolution in your music since you first started recording?

I think there has been an evolution, which is exemplified by Earth / Sky. I have been interested in ambient music as long as I have been interested in electronic music, but I feel like I have gone through an evolution with respect to how I position my own productions within the different prevailing realms of electronic music. Whereas I previously saw my ambient work and dancefloor-oriented work as separate entities, though perhaps two sides of the same coin, more recently I produce with the distinct aim of combining ambient and dance music. I want my dance tracks to be such that one could strip back the drums and be left with an ambient track. I like the idea of blurring together the ambient and techno in ambient techno as much as possible. This idea is what I explored quite directly with Earth / Sky.

What space does Earth / Sky inhabit?

Earth / Sky is grounded in winter in Vancouver. If it is about anything, it is about visiting Queen Elizabeth Park during the winter. Living near the park, it became a ritual to visit during the winter as a way of taking a break from studying for exams. The park is melancholic in winter, and walking the paths through the damp, sleeping gardens was both a comforting and lonely experience. Earth / Sky thus captures some essence of these experiences and feelings, caught somewhere between an homage to the beauty of the environs and a reflection on their melancholy.

Is making music part of the same wider creative impulse that inspires your photography? Do you think they move towards a similar goal?

Both yes and no. In one sense, they come from a different place. Much of my musical production stems from a more impulsive creativity, unlike my photographic work, which is largely conceptual and distinctly premeditated. However, I think my work in both media comes from processing or interpreting my feelings and experiences. At once, this makes the work deeply personal, but also abstract such that the viewer or listener needs to interpret or find their own meaning within the work. That I can make things that are of deep personal significance to me while also being appreciated by a wider audience is something that I enjoy about working with both music and photography

In the last few years, I have been particularly interested in the way that mundane daily spaces, particularly in the urban or built environment, can come to hold significance. They can even become sacred to specific people by way of events, thoughts, or circumstances. This fits into a larger theme I have been exploring of a sort of personal or contingent spirituality, where one as an individual comes to have sacred experiences that are tied to a specific location, time, and context. This is a theme that I have explored and continue to explore, in both my musical and photography.

Both the Earth / Sky and Sites of Remembrance tapes are currently sold out but are available for digital download on Bandcamp. To view Sramek's photography, video work, or additional musical projects, visit his website.