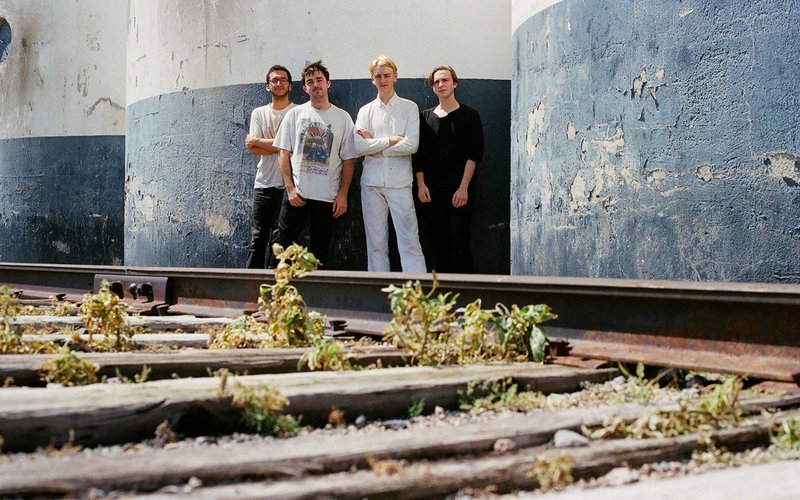 When you feel like you’re in hell, there’s more than just anguish. There are emotions of self-doubt, dread, pain, and even nostalgia mixed in to think about better (and worse) times. We all contain multitudes, even in our worst moments. It’s what’s at the core at the latest EP from Portland band Turtlenecked, aptly titled Springtime in Hell.

The short collection of vivacious and venomous songs were originally conceived as a proper full-length follow-up to the group’s excellent 2017 LP Vulture and comes on the heels of the borderline synth-pop of their High Scores of the Heart EP released earlier this year. As songwriter Harrison Smith puts it, the album was born from a tumultuous time in his life as he grappled with the death of his father – contrasted as well by falling in love. You can feel those competing energies on the record, which jumps from the furious hardcore sensibilities of opener “Lies” and the romantic orchestral swooning of “Riding Bikes Along The Springtime Corridor.”

One of the greatest thrills of following Turtlenecked is seeing which direction they’ll push themselves in next, almost always succeeding in their experimentations. Springtime in Hell is no exception. Even as Smith explores the depths of his own soul, he emerges with transfixing wordplay and exceptional melodies that move elegantly over the thrashing instrumentation.

Stream Springtime in Hell and read a Q&A with Smith below.

KEXP: I read that the material on this record was originally part of a scrapped full-length you were working on. What happened with that record and how did they songs end up materializing on this EP?

Harrison Smith: After writing for like six months I spent another four or so mixing and recording with my friend Jesse Robertson. My other friend Morgan O’Sullivan is my editor and forced me to cut it down from 15 songs to 12 (this caused the removal of a Yo La Tengo diss track, which I see now is probably for the best). Then I didn’t know how I wanted to release and I fretted over it until a few more of the songs soured on me. They felt overworked and underwhelming to me and I didn’t want to release a record with any filler or any songs I didn’t feel proud of on it. These five felt the most solid and represented the core sound and feeling of the record and I gave up on perfectionism and wanted to get them out into the world before it was too late.

You put out another record earlier this year, High Scores of the Heart, which incorporated more electronic elements, including drum machines and sampling. In contrast, Springtime in Hell feels a lot rawer and embedded in post-hardcore. Was this record an intentional shift in sound? What headspace were you occupying in this Springtime compared to High Scores?

I wrote all of these songs prior to High Scores, so they’re closer to my album Vulture in their rawness/rock-centric sound.High Scores was basically a bunch of songs I made for fun while I was sitting on Springtime and trying to figure out what to do with it! So a lot of the High Scores songs were just trying to be fun, low stakes pop songs whereas Springtime was intended to be more emotionally intense, dramatic, and epic (as silly as that sounds).

One thing I love about Turtlenecked is how your songs play out almost like personal essays, packing in a lot of vivid imagery and descriptions in your lyrics. It all feels grounded in your reality and surroundings, like on “Riding Bikes Along The Springtime Corridor” you make references to everything from Girls season and Subarus and make note of David Bowie’s death on “Saturn Devours His Son.” Have you always been inclined to a more verbose songwriting style? Is there any sort of narrative arc you were trying to build on this EP or larger ideas you’re trying to communicate?

I just feel like the devil’s in the details and I’m generally drawn to lyrics with personal and funny anecdotes or references. I try to write those into my songs in order to communicate in a more direct and personal way. I’m definitely a sucker for verbose lyricists (Joanna Newsom, Dan Bejar, Andrew Savage), but on Springtime I was trying to write in a style that married verbosity with more directly personal themes. Looking back, I think the biggest themes of the EP are leaving home, longing, death, and madness. Hopefully, those come across in a somewhat coherent manner lol.

I’m compelled by the album title and the artwork, both reflecting a sense of torture. You seem to talk a lot about home and feelings of being trapped on the record – were these ideas what inspired the title? How did you conceptualize the artwork?

The artwork was done by my friend Leah Maldonado! She suggested doing a take on Judith slaying Holofernes, a painting/tale I’ve been a fan of for a while for its gruesomeness and intensity. I also really love the cartoony style of her work and I feel like it reflects the cartoony/over-the-top nature of my songs really well! It also adds a little humor and self-awareness to the darker themes of the album which hopefully comes across. On the title, since it was originally going to be an LP I wanted it to be a big splash of a return—so I wanted a baroque and dramatic title. Springtime in Hell is supposed to represent the bittersweetness of that time in my life, where I went through heartbreak and insane grief over the death of my dad, but got to spend a semester in Seville and fell in love with Emma my girlfriend of two years. I think at the time I was also half-assedly reading A Season in Hell by Rimbaud and was quasi-inspired by that.

The second I put this record on, part of me was transported back to going to seeing DIY hardcore shows in the early 2000s. Was that sound formative for you or are there other influences at play?

I feel super influenced by the rock of the 2000s, though maybe not the DIY scene. I feel like it was kind of the last stand of glamorous, widely popular rock music (Interpol, The Strokes) as well as the more art rock / experimental scene that followed (LCD Soundsystem, Animal Collective, Dirty Projectors). I’m definitely influenced by hardcore punk, but maybe the ethos of punk more so than the form of it. The current Portland DIY scene was and is extremely influential to my music (too many bands to name).

Are there still plans for another full-length soon? What types of sounds and ideas are you playing with now?

I’m working on a full-length LP that’ll be out in 2019! I feel like it’s kind of a souped-up synthesis of all of my previous work and maybe will function as a cap on this period/style of my music. However, the overall feel is more romantic, flowery, and playful than my previous works, and so is like a series of focused vignettes of varying styles and themes! Also, since moving to New York I’ve been listening to a bunch of Bruce Springsteen so hopefully it will be my “Born to Run” and change rock and roll forever. After that who knows! 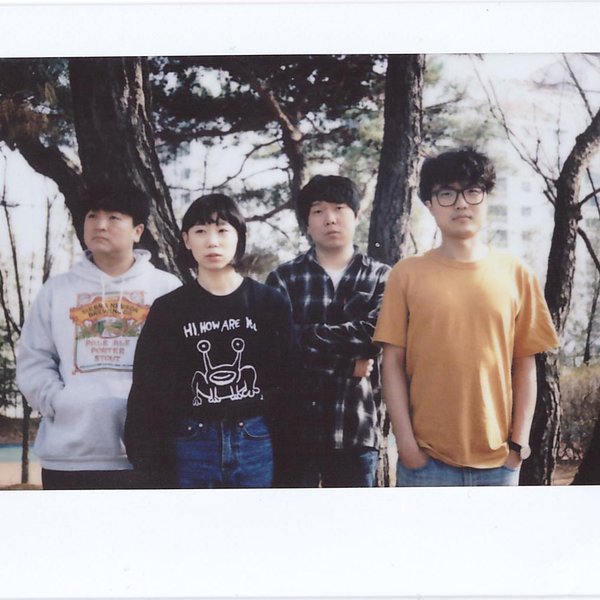 Say Sue Me Surfs in on a Wave of Tinsel with “Christmas, It’s Not a Biggie” (KEXP Premiere)

The South Korean surf-rock band contemplates the joy of the holiday season with the title track from their upcoming Christmas EP. 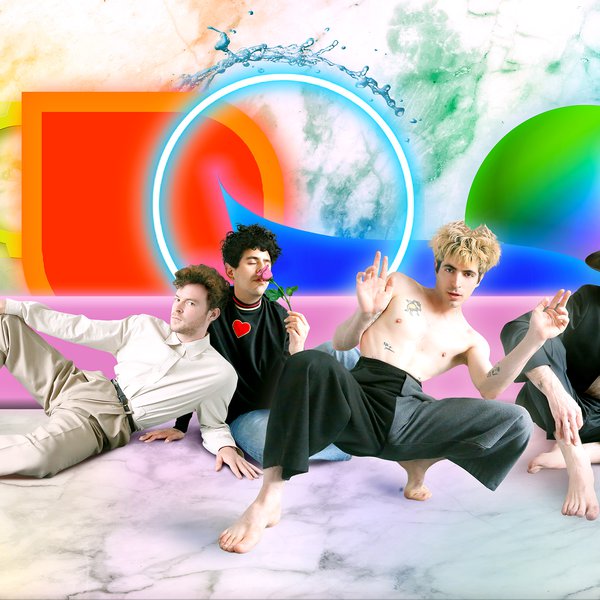 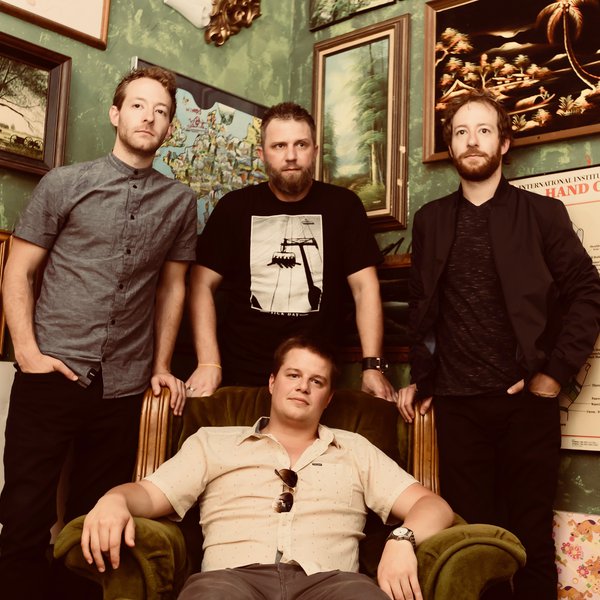 Seattle's Dirty Rugs roll out their new single and accompanying video for "We’re All Dying (I Feel Alive)."