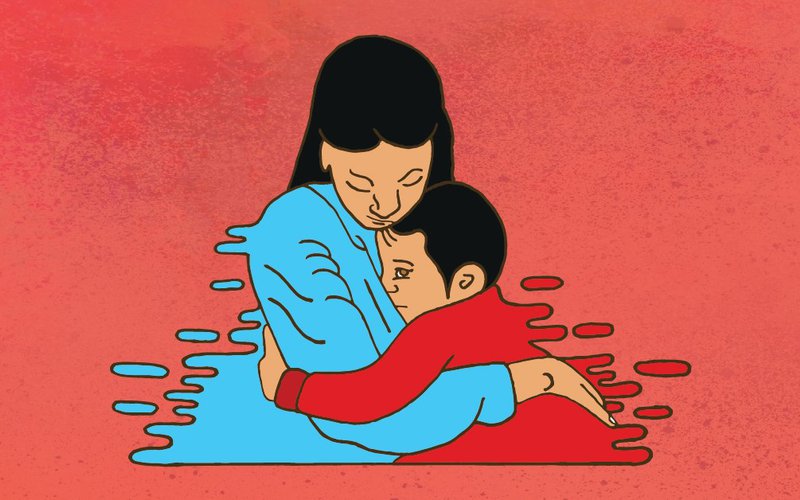 In an effort to stand with and support the migrant communities at the border, KEXP is uplifting several POC-led organizations who are working tirelessly to serve these families. These organizations are made up of mothers, LGBTQ, and Latinx folx who care deeply about these communities who are fleeing violence and poverty in their countries, and we want to center their voices in this work.

The government is currently imposing high fees on getting much-needed items like diapers and food across the border, so supporting these organizations is another way to have a positive impact without creating a further burden on organizers trying to provide aid.

We spoke with Barbara Suarez Galeano, an organizer at the Detention Watch Network, a national coalition building power through collective advocacy, grassroots organizing, and strategic communications to abolish immigration detention in the United States. Read our chat below, and check out a list of further resources to learn more about how we can support migrant communities.

KEXP: Can you tell us about the work the Detention Watch Network does?

Barbara Suarez Galeano: Detention Watch Network is a broad coalition of members that are both organizational and individual spanning across the Legal Aid Policy Advocacy faith and grassroots realms. All of who come together with the founding principle that immigrant detention should be abolished. Our work as a national network is usually guided by a multipronged strategy to try to attack the detention system and all the infrastructures that uphold it.

Wow, that sounds really powerful, especially the coalition of what some people might think of as very different organizing bodies and peoples.

Yes, it definitely has its pros and cons, but it is important work and is bringing together folks from different organizational focus.

It goes back to that the idea of our liberation being wrapped up in one another, and how we can't truly be free unless everyone is. So, how can people get involved and help out the work that DWN is doing?

Currently, we have two campaigns that kind of build on each other, and our current campaigns are more in direct response to the mounting calls to abolish ICE [U.S. Immigration and Customs Enforcement] as a national network. We felt that our capacity and abilities were best put to use by focusing on two different ways to dismantle ICE's infrastructure. The first is a campaign called #DefundHate which focuses on the appropriations process and holding legislators accountable — specifically those legislators who claim to be champions of the immigrant communities — holding them accountable to voting accordingly and making sure that they're not making any concessions in the appropriations process which could continue to hurt and dehumanize immigrant communities. So we're pushing them and calling on them to publicly call for budget cuts for both ICE as well as CBP, the Customs and Border Patrol. The second part of our work to move to abolish ICE is a campaign that we're calling #CommunitiesNotCages. This campaign aims to dismantle the infrastructure of the detention system. This work is divided into three buckets. The first one being local organizations who are fighting against the expansion of the detention system. Currently, there are about over 20 different proposals across the country that ICE has presented to either expand existing detention centers or build entirely new ones. There are communities across the country who have a long history of doing this work and who have a lot of experience at it, and some new ones popping up that are trying to stop these expansions. So, we support them. The second part of that bucket is folks who are fighting to shut down an existing facility in their community. And the third is something we like to call "anti-metastasis" which refers more to the different practices that ICE has been engaging recently where they're trying to appropriate and make use of funds from different agencies to carry out the work of detaining immigrants. Examples of this could be them using funds or collaborating with the Bureau of Prisons or trying to get funds from the Department of Defense as well as taking funds from FEMA and other government agencies to expand the detention system. Our focus on that second campaign is just honoring the long-term work that local organizations have been doing and try to direct resources appropriately.

I can imagine in this line of work, it's very easy to feel discouraged. How do you feel art, and specifically music, can be a form of social justice that can help guide people to learn about what's happening and how they can help?

Art, and music specifically, has such a long rich history of contributing to resistance movements across the world. I think that for many of those within the immigrant rights movement, tendencies are like arrows of music like Nueva Canción and Latin America have shaped a lot of how we view our work. What brought us into the movement itself — for many of us, part of it was music. So I think that in the same tradition of Víctor Jara or even Pete Seeger, the responsibility of telling the story of those who are downtrodden or marginalized or dehumanized and highlighting their courage and dignity, I think is crucial. And that role in art of honoring that work, highlighting it, telling the story, and popularizing it for people who might not be as directly connected but that form of activism resonates with them and could bring them into the struggle.

Are there any particular artists that have been impactful or influential to you in your organizing work?

Yeah, for me definitely Víctor Jara, Mercedes Sosa, Violeta Parra. And, well for me personally, I grew up listening to punk music, so a lot of the anarchist groups and punk bands from the '70s and '80s really shaped me coming into the organizing world. And for contemporary artists, definitely La Santa Cecilia and Son Jarocho groups who tell the stories of migrants and the complexities of the dehumanizing mass incarceration system, specifically immigrant detention.

Is there anything else that you want to mention?

Yeah of course. I just want to uplift the different organizations that were listed: the Detained Migrant Solidarity Committee, the Angry Tias & Abuelas in Brownsville, Texas, Diversidad Sin Fronteras in Arizona, and the work that Sia and Thoughty Organizer are doing in California… just as examples of efforts outside the non-profit industrial complex that are focusing more directly on providing immediate resources to people who are suffering. We want to encourage people to support them and be on the lookout for different ways that they're calling for those who are not at the borderland to actively support and show up for those who are arriving there and those who have been living through violence for quite some time.

Thank you for calling that out. I really appreciate that. We want to encourage people within the progressive bubble of Seattle to remember that the rest of the country and the rest of the world doesn't look like this, and we have an obligation to do something about that when injustices happen.

And if at all possible I would just encourage you to name the fact that Mergensana Amar died in the Tacoma Detention Center, and that's, you know, just half an hour, 45 minutes away from Seattle. So, even though you're in your Seattle bubble, right down the street, there's a very live struggle happening to shut down that detention center that the Northwest Detention Center Resistance is leading. KEXP has collected a few more ways you can support the migrant communities:

Fianza Fund: A part of the caravan that has already arrived to the San Diego border included a contingent of LGBTQ folks. Description from DWN members, Detained Migrant Solidarity Committee who run this fund. “Any trans people detained by ICE will be held at the Cibola County Correctional Facility in northern New Mexico. The Fianza Fund is the only bond fund regularly paying to get our trans compañerxs released from Cibola, and we need help right now to continue paying bonds (which normally range from $1,500-$15,000).

The Angry Tias and Abuelas: A grassroots effort of mainly mothers, aunts and other residents of Brownsville, TX working to support those arriving at the Brownsville/Matamoros border providing folks with water, food, and materials to create makeshift shelters. Learn more about the group here.

Diversidad Sin Fronteras: This collective works on providing support to trans people migrating through the Arizona border. They are accepting donations via PayPal at diversidadsinfronterasaz@gmail.com.

Thoughty Organizer: A grassroots, volunteer-run effort by Latinx residents of Los Angeles, focusing on providing resources (water, food, clothes, etc) to people on the Tijuana/San Diego border. They are accepting donations via paypal at paypal.me/thoughtyorganizer.

NSC's Sanctuary Caravan: New Sanctuary Coalition is in the process of coordinating a caravan from NYC to the southern border. This caravan is set to depart in the coming weeks and seeks to provide human rights observers, support in preparing necessary paperwork, and overall accompaniment to those arriving at the southern border to attempt to ensure they are allowed into the U.S. and not detained indefinitely.

Mesa Verde Expansion: Sign-on to the current push by community members in Kern County, California to stop the proposed expansion of the Mesa Verde detention center in Bakersfield, CA. As we know, the policies and aggression displayed by this administration mean that more and more of the people currently crossing will likely be subjected to indefinite detention. This upsurge in detentions requires an expansion of existing infrastructure. Please sign on to this letter urging the councilmembers of McFarland to oppose this proposed expansion.

#DefundHate: Right now Congress is deciding how much money ICE and CBP will get after the current funding bill expires on December 7th. Money is one of the only barriers that can stop Trump’s plan to terrorize immigrant communities. More money for ICE and CBP will mean more violence and trauma in our communities. We must demand that Congress cut funding to ICE and CBP.

American Friends Service Committee: AFSC is coordinating a day of action on December 10th, International Human Rights Day, to call attention to the atrocities going on in the southern border. The action will be taking place on the border between San Diego and Tijuana but they are hoping folks take on solidarity actions across the country. Please click here if you are interested in signing up to attend or host a solidarity action. 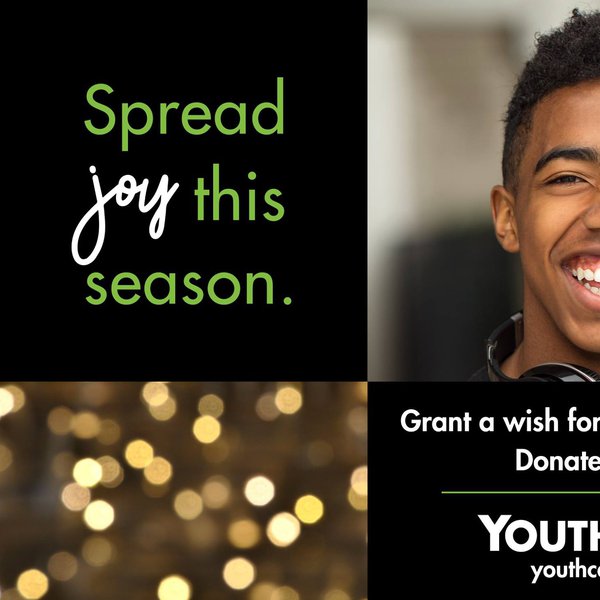 Join KEXP this holiday season as we gather much-needed items for YouthCare, a local non-profit organization working to end homelessness.