Music's power comes in its ability to tap into our deepest, darkest, most animalistic emotions and fears. Just strip any classic horror film of its sinister sounds and you've lost nearly all of its suspense. This is why no Halloween is complete without a soundtrack that will make your skin crawl and your blood curdle.

For this October 31, we cover some of music's most tantalizing terrors, from '70s industrial freak-outs to eerie mass-murder tales told through art-funk hits and menacing electro-pop. There are even some real-life slasher stories sprinkled with indie-folk wit and a disturbing drum-machine march straight to hell.

The same man who revolutionized ambient music with gorgeous pieces like "#3" and "Avril 14th" also terrorized the hell out of us with this 1997 song and video. "I want your soul / I will eat your soul," Richard James seethes over a vitriol mess of industrial hardcore. The video — featuring a deranged brood bearing James' demonically grinning face — was filmed in the same location where Stanley Kubrick shot scenes for A Clockwork Orange.

Jump back 20 years to 1977, when Suicide proved a stark, 10-minute track could be far more terrifying than any 90-minute slasher flick. "Frankie Teardrop" builds around an anxiety-ridden beat as Alan Vega shivers and screams through his telling of a factory worker who murders his family, then commits suicide. (Sadly, the narrative was inspired by a true crime Vega read about in the newspaper.) Hold on until the end, when Frankie finally reaches hell.

Trying to choose just one Schoolyard Heroes to play on Halloween feels almost futile. From ’99 to ’09, the Seattle horror punks haunted the local scene with songs about gore, zombies, evil puppet people, and even helped create new fears like and centaur that’s half-man and half-motorcycle. But it’s hard to beat what might be the band’s flagship song, “Bury The Tooth of the Hydra and a Skeleton Army Will Arise.” The imagery alone from the title reads like a plot synopsis to the most badass of horror films. Beyond that, Ryann Donnelly’s lyrics are much more personal than visions of the occult. She relates regrets to coughing up blood and characterizes her skull as a “safe place where evil thoughts reside.” It’s a timeless message — sometimes darkness isn’t obvious like a skeleton army, it’s the heinous acts people commit and the bleak thoughts we harbor.

Goth was born with Bauhaus' dark, dubby tribute to horror film star Bela Lugosi, best known for his role as Dracula. Bass player David J came up with the lyrics after a late night bingeing Lugosi's films on TV. This one also creeps along for nearly 10 minutes, the bass throbbing insistently as Peter Murphy plays it cool, calm, and creepy. The band and song eventually made it onto the opening scenes of the 1983 David Bowie vampire flick The Hunger.

You may have heard this smooth, Southern gothic seducer while watching the Scream trilogy, The The X-Files, Peaky Blinders, or even — um — Dumb & Dumber, but it comes from a slightly more literary inspiration. The title and lyrics are inspired by John Milton's poem Paradise Lost, in which the "red right hand" symbolizes God's vengeful side.

Cthulhu has captured the imagination of artists since H.P. Lovecraft birthed him in Weird Tales magazine. In the mythos, Cthulhu is considered the “Great Old One” and is worshipped by his devoted followers. EMA doesn’t call Cthulhu or his legend within the lyrics of her song, but the industrial boom of her song smacks like the cosmic beast smacking against a door to our world. Her howls resound like what you might think the creature would bellow into your ear, complement by her holy reverence in the verses. When she says, “The other is in sight,” it’s easy to imagine Cthulhu himself emerging into view.

In his effort to channel Alice Cooper, David Byrne ended up inspired by Psycho's Norman Bates on this funky, freaky, French-flecked hit that came out just in time to soundtrack the real-life case of Son of Sam.

To listen to Naomi Punk is to be hypnotized by their clashing guitars and bewitching rhythms. There’s a fog that hangs over their 2012 debut, The Feeling, with the vocals sounding distant and nearly indecipherable in the mix. Yet it’s easy to get possessed by a song like “The Spell.” The kick drum beckons you in, the guitars ensnare you, and Travis Coster’s ghostly vocals slither into your ears and wrap around your brain. It’s easiest to fear the unknown and Naomi Punk know that suspense lies in not giving you any of the answers and letting your own conclusions spook you out.

Screamin' Jay Hawkins – "I Put a Spell On You"

The shock rock showman's slinky, sinister classic was originally meant to be just a plaintive love lament about an ex-girlfriend. But a raw, drunken recording session transformed the song into a devilish form of voodoo. No word if his spell actually worked.

The Knife alum's first solo outing is one of this century's creepiest electro dirges. The song is only surpassed by its video, which takes you through the aftermath of a wealthy party's slaughter, interspersed with tribalistic symbols and sacrificial images.

Shabazz Palaces – "Recollections of the Wraith"

If you’re to go by Merriam-Webster’s definition, a wraith is “the exact likeness of a living person seen usually just before death as an apparition.” But what Shabazz Palaces does best is redefinition. Rapper Ishmael Butler imagines himself as a wraith, but instead of a spirit wandering the void he’s an enigma making his way through city nightlife. His blood is neon and his hat is titled. With the background vocals of THEESatisfaction creeping in the background, Shabazz Palaces turn the club into slickest haunted house you’ll ever come across.

The relentless buzzing motor alone will leave you soaked in sweat by track's end. Atop the antagonizing mechanical noise, the lyrics within — barely audible in a spooky, static-y tremble — are taken from a letter written by a man who had been taking care of a woman nicknamed Hamburger Lady because of the horrific third-degree burns that covered the top half of her body.

The great Portland storytellers put a stark folk spin on the tale of the Shankill Butchers, a Protestant group who committed a series of gruesome murders in Northern Ireland in the mid-1970s. The Butchers would kidnap Catholic citizens, beat them, and then slash their throats with a butcher knife.

The eccentric pop queen casts her siren spell among growls and howls through this early '80s ghost story inspired by The Shining. Bush has described the song itself as a metaphor — the titular house is actually a human. "The idea is that as more experiences actually get to you, you start learning how to defend yourself from them. The human can be seen as a house where you start putting up shutters at the windows and locking the doors — not letting in certain things," she explained upon its release. Of course, our own self can often be the scariest thing in the world. 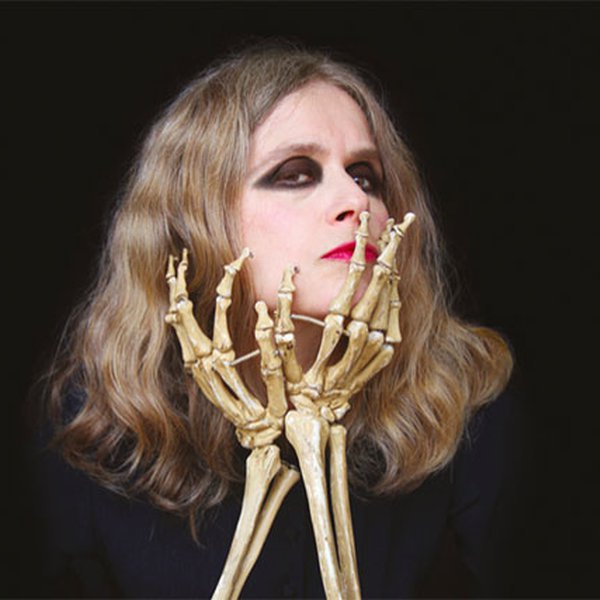 It’s once again time for our eeriest of holiday seasons. And what better way to celebrate than with a collection of spooky, scary or Halloween-flavored Latin videos from around the globe compiled by El Sonido host DJ Chilly?