Local Artist Spotlight and Album Premiere: Zen Mother Create Their Own Reality on I Was Made To Be Like Her

Zen Mother's Monika Khot and Wolcott Smith repeat these words in unison on the aptly named "Mantra." They keep repeating the phrase over and over again, while booming bass thuds burst below their voices. The words slowly start to change shape. Eventually they become something incoherent altogether.

"Ideally that song would have lasted four days, but that's a really long record," Smith says. He and Khot carefully explain the function of a mantra, letting the words fall apart and devolve. Khot sings the rhythm of the song, stressing the twos and fours, and how that trance-like beat becomes meditative. The words become irrelevant."The intention becomes more important than the words you're saying," Smith explains. "Mantra" isn't just an example of Zen Mother's prowess at following the model of a mantra – it's a glimpse into the philosophy of it's creators. Intentionality is key factor in the group's upcoming debut album, I Was Made To Be Like Her. Every moment on the experimental noise rock opus is evocative of a deep intention held by the duo. And it can be felt. Just from the leading notes of opener "Tsunami Song", there's a powerful spirit roaring from the band – and that's before the song contorts and shape-shifts repeatedly over the next 10 minutes. The band looks at being intentional as the foundation of creating.

"You have to have thought about something deeply," Khot says. "There has to be exhaustive thought. That's what makes good art."

Khot and Smith can certainly not be accused of being inattentive of their work. They've been working extensively since they moved to Seattle in 2014 from Virginia. Almost antithetical to the way they create music, the cross-country relocation was somewhat of a whim decision – at least for Smith. Both were involved in the music scene back in Virgina, first meeting when Smith ran sound for minimalist math-rock project  Khot was playing in at the time. They bonded over avant garde composer Igor Wakhevitch. The two would later form a band with their friend Dylan, or rather a performance art piece. The idea was to have Dylan playing electronics, while Khot and Smith played guitar. Smith would learn to play left-handed so they could be completely symmetrical as they stared directly at one-another and slowly closer and closer until they began to "furiously make out."  The show got canceled before they could ever perform, but they joke that they practiced making out a lot.

Khot had plans to move to Seattle. Smith says he hadn't thought about Seattle at all and that he didn't have much going on in his life, so he decided to move as well. Seizing the opportunity, they decided to turn their cross-country trip into Zen Mother's first ever national tour. Only problem was, Zen Mother had only really been a band for about a week before the move. They had recorded one song to book the shows, but didn't have any other material. But soon they started getting shows and the desperation for material was getting real. The band took the challenge and wrote six songs within the week. Smith says that there were no bad ideas in the lot because, well, those ideas were all the had. But the speed-writing sessions did more than just fill out a setlist –they helped define Zen Mother.

"That process helped formalize what we actually do now," Smith recalls. "It's almost like we convinced ourselves of our sound. Whereas before we could have easily tried to go for something and had a extensive writing session and tried to write within a genre. But this way, because of the amount of time that we allowed ourselves, we were forced to use these disparate ideas to form into a band."

Building from scraps and ideas has remained consistent for the act since those pre-move writing sessions. Khot says that the album's taken so long because it's "fragmented pieces" of recordings they've done. They both agree as they hardly ever sit down and create a single song. They usually end up with a smattering of different ideas to work with. The band is able to stitch these together into what feels more akin to classical movements than tracks. The track "Strange Mother" opens with a minute of spiraling guitars and sprawling, airy vocals before jumping to propulsive drum loops with screeching synthesizers and overdriven guitars. The way they move so seamlessly from one music idea to the next is artistic alone.

"I feel like our transitions from song to song become just as much as a pillar as the song itself," Khot says. "I don't think I even really like thinking of our songs as songs. It's just kind of like when your thoughts flow into one another. It all kind of makes sense in the end, they're all under this blanket. Each musical idea has a transition into the next and that's part of it. If you want to call five minutes of that a song, it is. It is really hard to make sense of it and have it be cohesive."

Intentions aren't lost in the process either. While Khot admits the difficulty it takes, each "song" on the record feels cohesive and purposeful. Completely self-recorded, the band was able to constantly edit and remix the record. They were, however, weary of re-recording material. Since so much of their work is experimental and often improvisational, they didn't want to lose the feeling and emotion of the original performance. Trying to re-record it may have saved time in the long run, but instead they decided to "chip away" with what they had and keep the spontaneity. From these foundations, they were able to build a record that is wrapped with philosophies and spiritual ideas to be uncovered.

"We were kind of big on the gnostic rendering of action kind of thing," Khot says. "So there was a lot of allusions to this mother character that you can control with clear mind. Which I guess is just meditation in general. Or the result of meditation. Being able to have super strong grasp of your own emotions and your own reality that you can create whatever you want."

The reality Zen Mother creates on their first full-length record is one that wrought with tension, fright, and transcendent beauty. Listening to it feels like an act of meditation in itself. It morphs and changes from moment to moment. Khot and Smith's commitment to intentionality pays off with a finely crafted piece of art that turns fragments into complete, masterful work.

I Was Made To Be Like Her is out tomorrow via Illuminasty Records. Stream it in its entirety below. Zen Mother plays their record release party tonight at Chop Suey with Mamiffer, somesurprises, and DJ Veins. 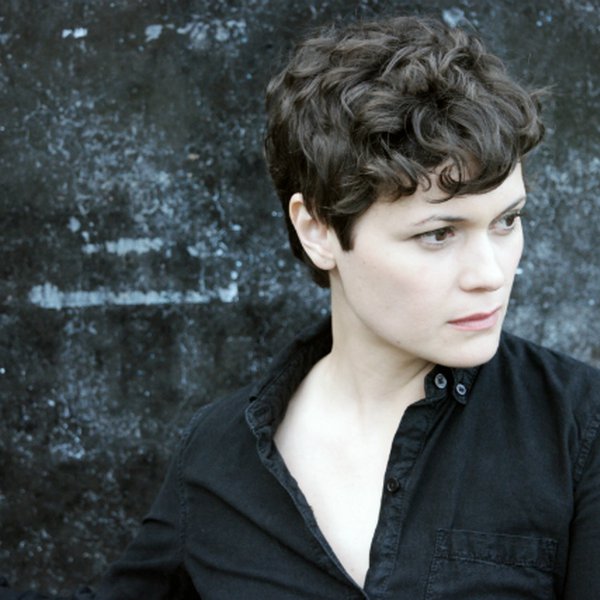 Irene F. Barber has led many musical lives. She's lent her vocals and multi-instrumental talents to various projects in Seattle — from the heavy distortion of Dust Moth to the psych-production of Erik Blood. She's an artist that constantly embraces change, pushing her sonic ventures into varying ... 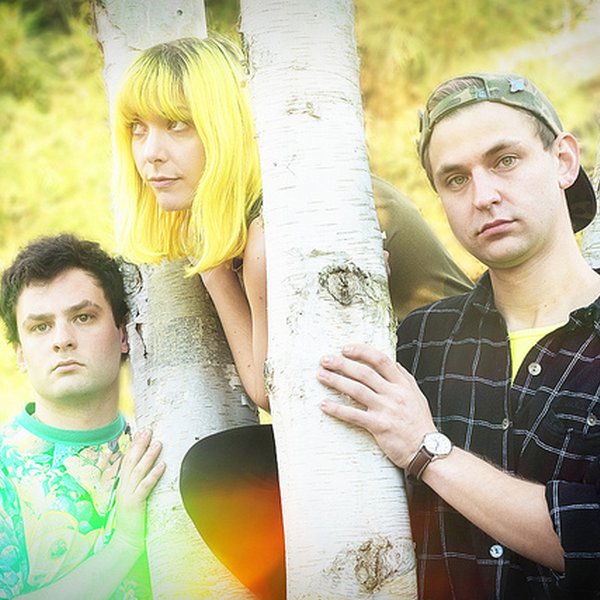 Every week, KEXP features a new local artist with an interview and suggested tracks for where to start. This week, we’re featuring Seattle indie rock outfit Dude York, who play Ballard Seafood Fest this Saturday night. 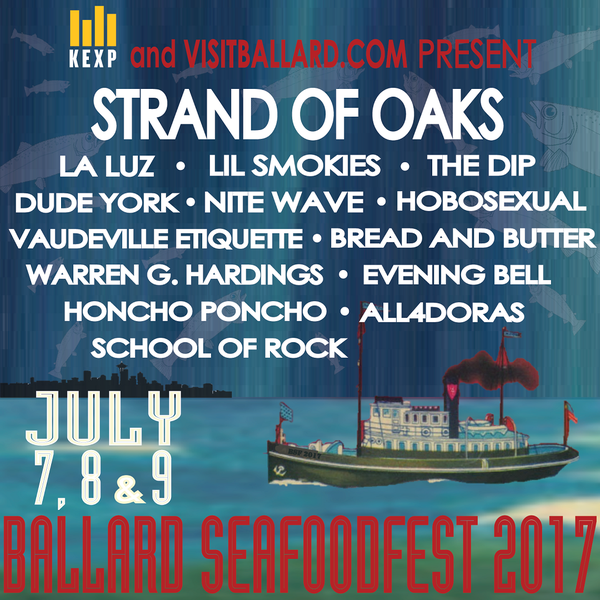 Ballard and seafood are practically synonymous. Before the neighborhood became synonymous with hip bars and a thriving music scene, it was all about fish. Personally, I come from a lineage of family who left their homes and sought out Ballard. My grandfather worked out on a tugboat and his father... 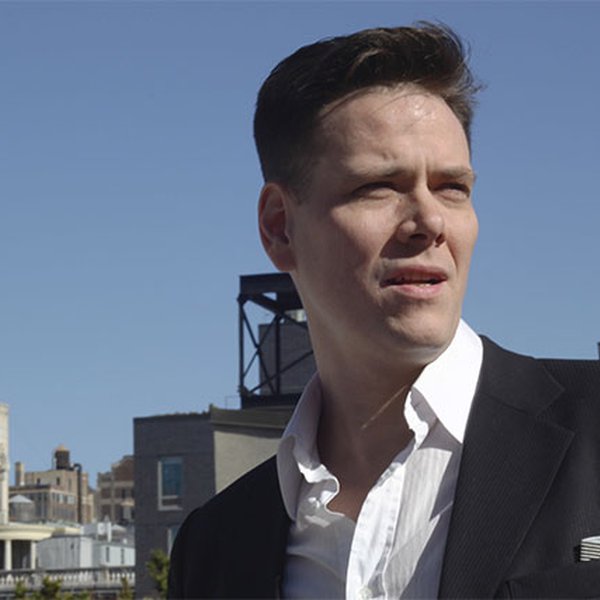 The name "Baby Dayliner" may not ring a bell, but trust us, you know this song. This earworm of a track was a heavy hitter on the Morning Show in late 2000's, and was chosen as a Song of the Day by DJ John Richards. A couple of years ago, we were able to coax the NYC-based artist out of his semi-... 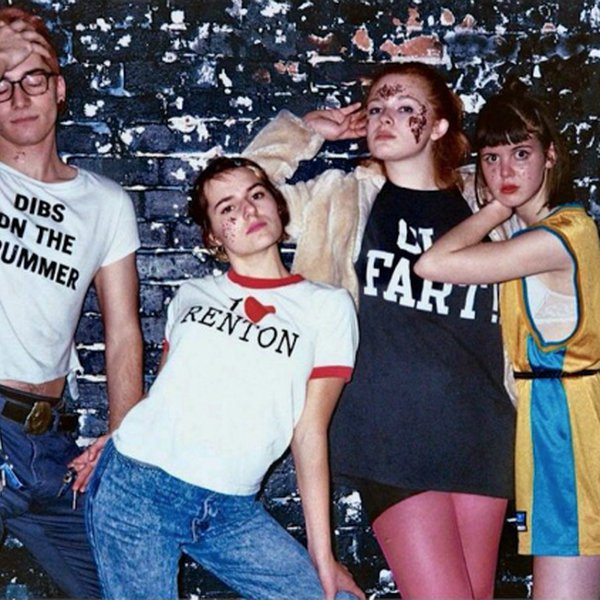 Every week, KEXP features a new local artist with an interview and suggested tracks for where to start. This week, we’re featuring punk outfit Hardly Boys, who release their latest record Dear Diarrhea this Friday on Make Fart Records. You can stream the whole album in full ahead of its release a...