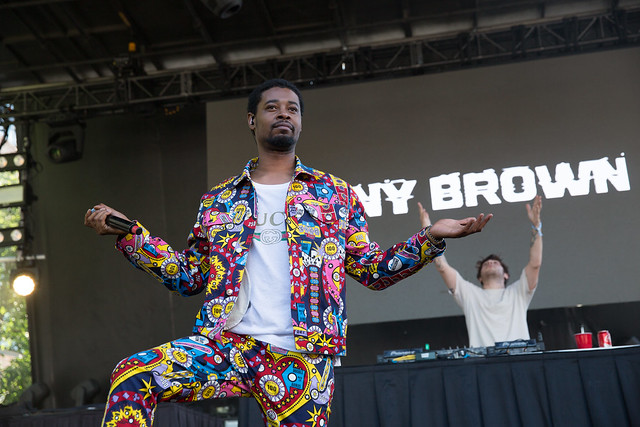 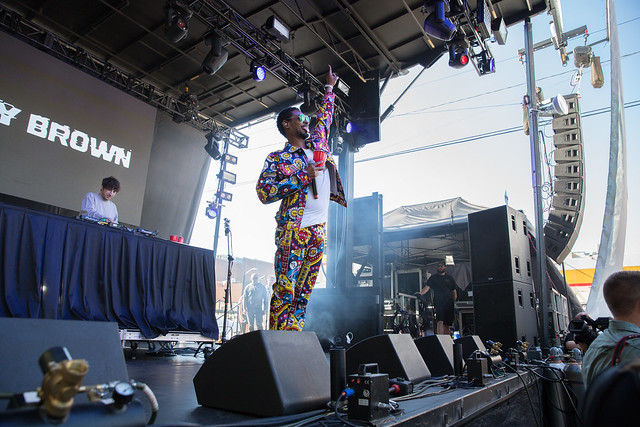 On the nearby Vera Stage, Torres took the stage slightly before her 6:10 start time, launching into "Bad Baby Pie" from the forthcoming Three Futures album. Mackenzie Scott, the songwriter and primary musician behind Torres, has an unmistakable live presence, her voice emphasizing her articulate lyrics. Her live sets are charged with a taut intensity that is indicative of Scott's strength as an artist -- even in moments of stillness or silence, her voice unsettles and confronts. Alternating between material from Three Futures and the divine Spinter album, Scott demonstrated her continued evolution as an artist. Three Futures highlights "Skim," "Marble Focus," and the climactic "Helen in the Woods" are built around droning synth riffs and spare guitar work. Scott's voice and storytelling were at the forefront of every track, much to the set's benefit. 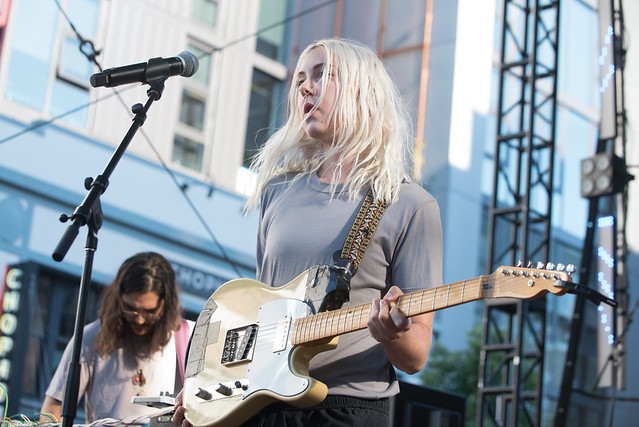 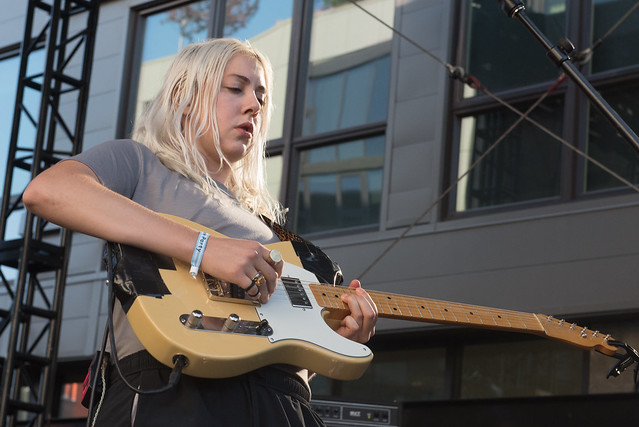 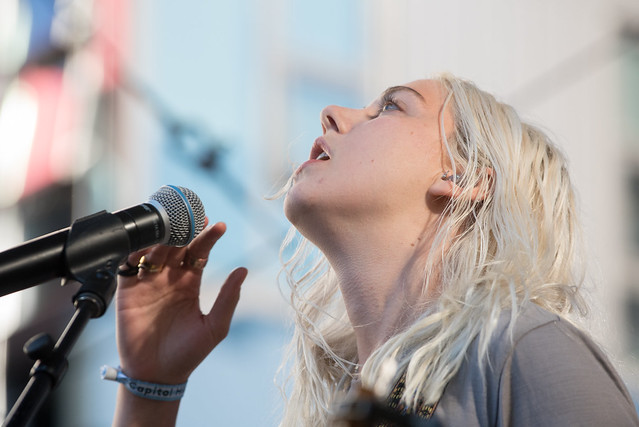 Sandwiched between two EDM acts on the mainstage, Ms. Angel Olsen did not have the easiest job at Block Party. However, seemingly quite aware of her situation, Olsen played a masterful set that defied festival convention. Olsen's backing band, clad in '50s style dress, jumped straight into Burn Your Fire For No Witness's "High & Wild" before Olsen demurely took the stage. Getting her best-known track "Shut Up Kiss Me," quickly out of the way, Olsen proceeded to play some of her slowest, longest, most beleaguered material, stretched out to give each band member sufficient space. After "Give It Up" and "Not Gonna Kill You," Olsen performed a ten-minute version of "Acrobat," transformed to match her My Woman material. "Sister" and "Woman" followed, both similarly expanded to beautiful effect. However, the question remained: why was Angel Olsen here? Assuredly, Ms. Olsen got handsomely paid for the event, so she deserves much credit for delivering a wonderful set. However, the cat-calling, largely disinterested crowd highlighted the ever-present cultural split at Block Party. 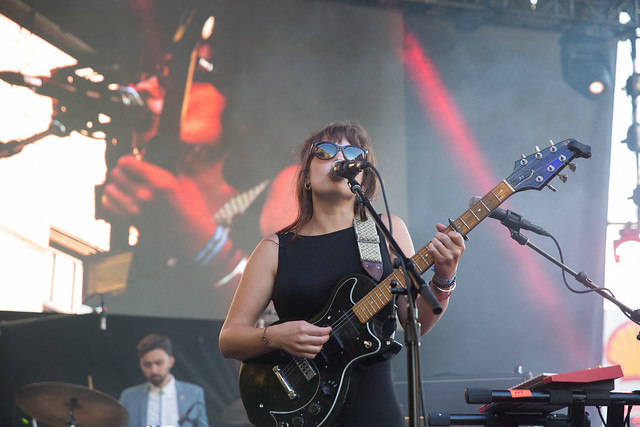 Perfume Genius acted as headliner on the Vera Stage, playing opposite the bombast of Diplo. To his credit, the ever-more-dynamic Mike Hadreas put on quite the show, demonstrating his many talents as a musician and performer, as well as his different modes as a songwriter. Material from No Shape was the primary focus of the set and tended to sound more jubilant than songs from Too Bright and Put Your Back N 2 It. Washes of synth provided by the debonair Alan Wyffles translated the record to the live setting, while Hadreas bounced and swerved in a tank top, regularly hitting impossibly high notes. "Wreath" and audience favorite "Slip Away" were clear highlights of the set, as was the comparatively heartbreaking "Hood," which remains inseparable from its poignant music video. 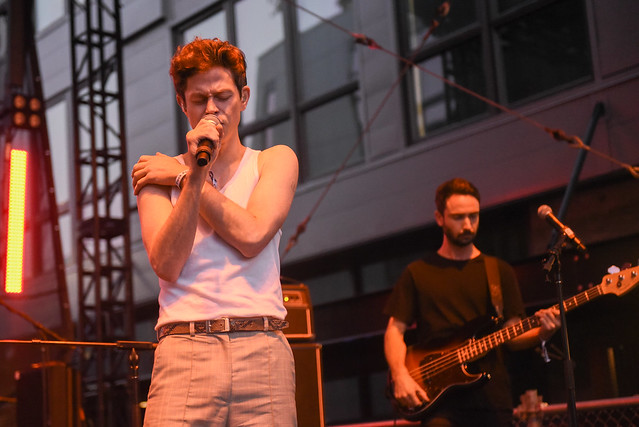 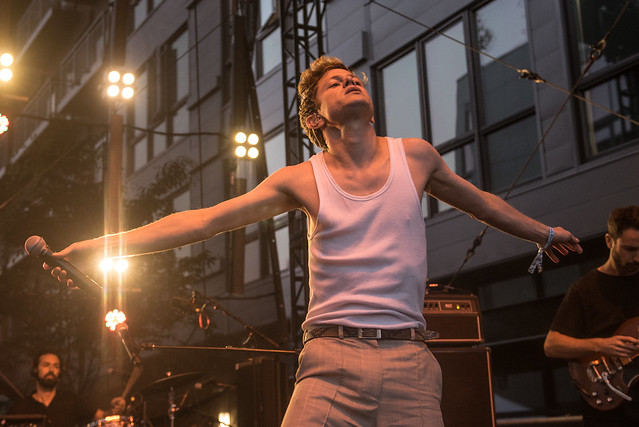 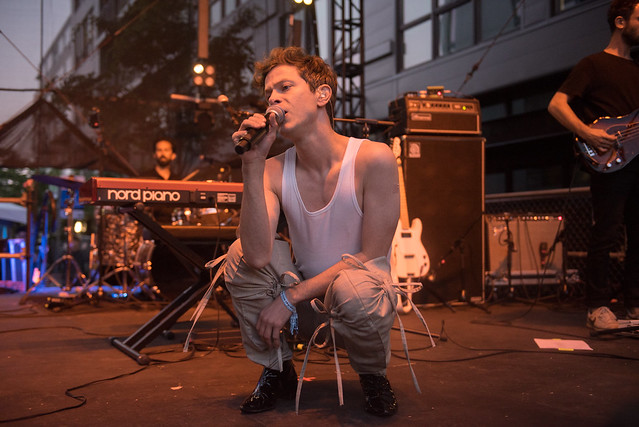 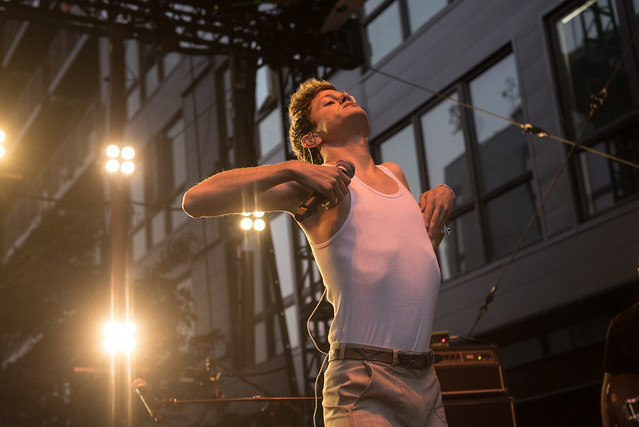 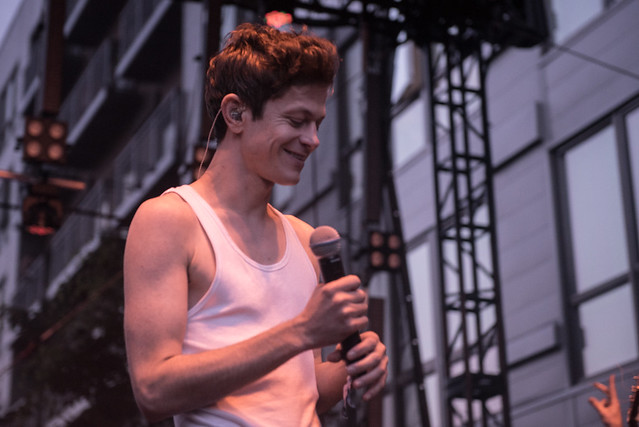 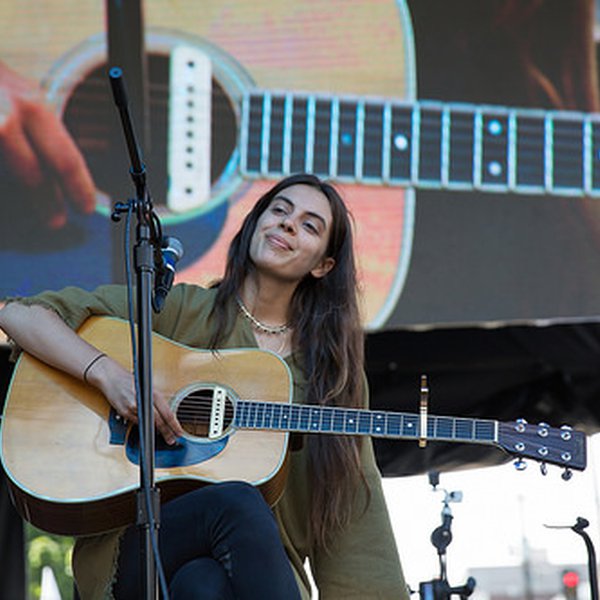 Julie Byrne makes a face when she doesn't have to sing, one that expresses a sheer contentment with what's going on around her. She leaned back and made this face - which is featured on the cover her sublime sophomore outing, Not Even Happiness - at least six times during her Sunday afternoon set... 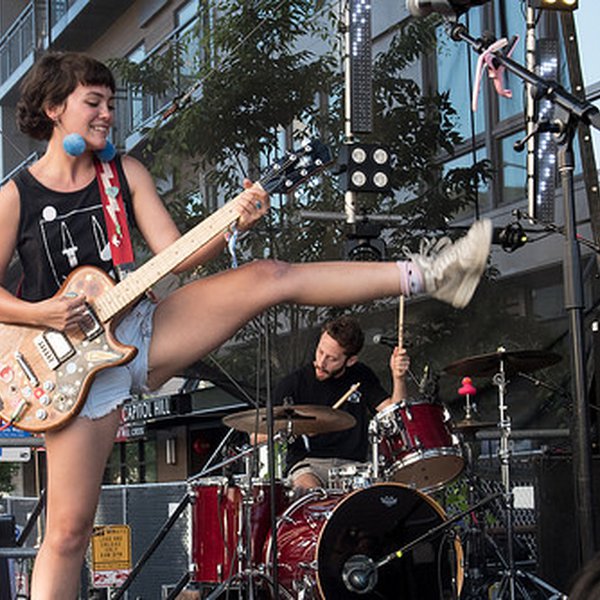