The Audioasis Youth Initiative is a new project, fostering creative collaboration between KEXP and its Seattle Center neighbors, The Center School. The ability to facilitate educational partnerships like this one was an important consideration in KEXP’s long-term vision for its new home at Seattle Center.

The program takes its name from Audioasis, Seattle’s longest running local music show, hosted and produced by Sharlese Metcalf since 2008. “It’s great that KEXP can offer such an exciting opportunity for youth interested in learning a special skill,” Metcalf says.

In 2001, Seattle Public Schools opened The Center School with the expressed purpose of integrating the arts into its curriculum. The 300-student high school aims to empower and inspire its student body to positively impact our world. The school's emphasis on creativity made it a clear choice for partnership with KEXP.

Since late September, a group of students from the Center School has garnered firsthand music industry experience by filming bands at KEXP. With help from the KEXP’s video production team, over the course of several months, students in the Advanced Video Production class filmed live performances by emerging Pacific Northwest acts Sloucher, Nudity, The Tripwires, and The Fabulous Downey Brothers.Student Nick Roetemeyer is inspired by The Center School’s arts focus as well as the opportunity to work with KEXP. When discussing the Audioasis Youth Initiative he says, “I gained professional-level experience and worked with people who’ve been doing what I want to do for several years. It’s shown me what a real production is like, and I feel lucky to have been able to experience it.”

The innovative program provides mentorship in multiple areas of film production including camera operation and video editing. With the help of KEXP’s experienced staff, the class learns to prepare for video shoots and develops videography skills. In addition, they get hands-on instruction in rig assembly, camera operation, and framing. After completing a live shoot, students also receive valuable feedback from the KEXP staff.

During a mock shoot at the Center School, the students and their teacher, Brian Carman, took turns filming each other as if they were in a KEXP session. KEXP video production team member Alaia D’Alessandro says, “You could tell the students got a kick out of seeing their classmates and teacher playing rulers and rolled up posters. Some got really into it and would close their eyes and pretend to wail.”

D’Alessandro notes that despite the fun atmosphere, participants learned that during a live shoot “you need to keep your mind sharp, focus on your subject and stay in the moment.”

From the “tropical goth” sound of Nudity and new wave stylings of Fabulous Downey Brothers, to self described “basement band” Sloucher, the students filmed bands across the stylistic spectrum. On Saturday, February 11, 2017 the students will film the fifth installment in the series, a set by Seattle-based act Emma Lee Toyoda.

When asked for their dream artists to capture on film, the students revealed eclectic taste.

Student Anders Bloom says, “I really want to film Deathcab for Cutie, Broken Bells, Muse, the Flaming Lips, and Run the Jewels.” His classmate Bella adds that, “I would love to film Blood Orange; he always dances around and he’s generally just a really entertaining performer. Or maybe ABBA.”

For D’Alessandro, the program brings back memories of her own formative experiences documenting live music. “In high school, I used to film my friends’ bands. It means a lot to see these students thinking critically, committing to improving their skills, and ultimately ending up with something invaluable to their resumes.”

Bloom agrees: “It has provided me a great experience that I get to put in my portfolio and resume as I go off to college or future jobs. It feels so good just to be holding the camera in your hand, and being trusted to make a good video with it. It’s very satisfying.”

From the “tropical goth” sound of Nudity and new wave stylings of Fabulous Downey Brothers, to self described “basement band” Sloucher, the students filmed bands across the stylistic spectrum. This Saturday, February 11, the students will film the fifth installment in the series, featuring a set by Seattle-based act Emma Lee Toyoda.

KEXP's Audioasis Youth Initiative is made possible in part by a grant from the Lucky Seven Foundation. 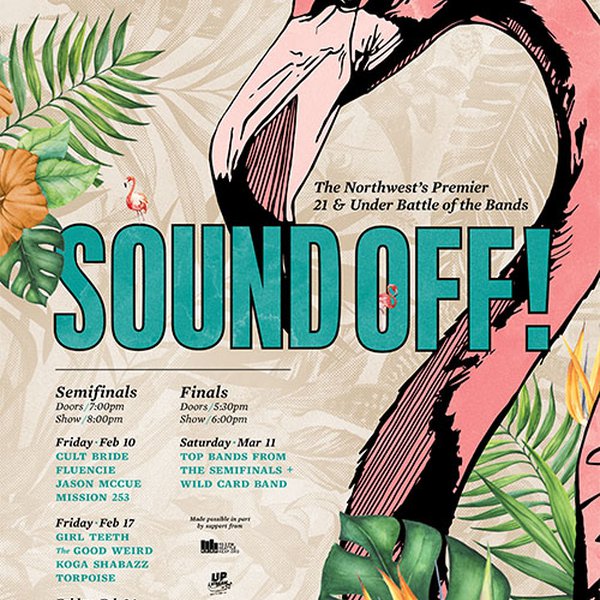 KEXP Presents: Audioasis LIVE Broadcast from the Sound Off! Finals 3/11

Last month, week after week, some of the most talented young musicians in Seattle battled it out on the Sky Church stage at MoPOP. This Saturday, March 11th, four of the finest finalists will battle it out to be the 2017 Sound Off! winner, and KEXP will be there to capture it as it happens. 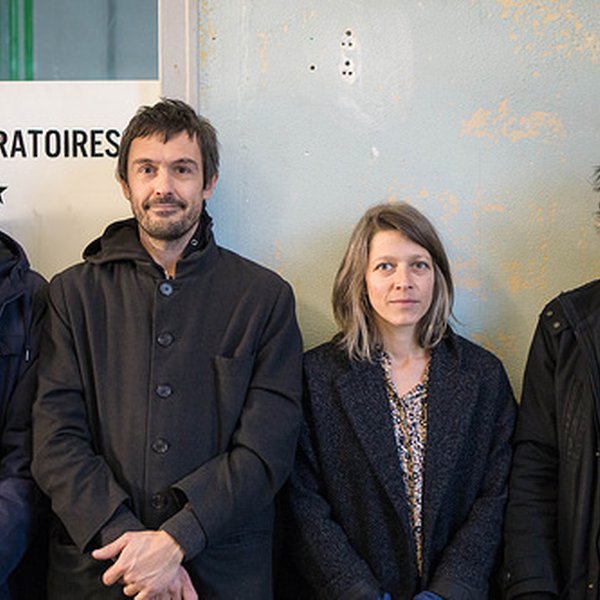 Today, we continue sharing our discoveries from the Trans Musicales festival in Rennes, France, where last December we captured twelve exclusive sessions. We're sharing with you one unique session per week, and you can watch all the previously release ones here. This week's feature is of Grand Parc.

KEXP Suggests: Sound Off! Semi-Finals #1 at the MoPOP Museum 2/10

It's that time of year again: MoPOP’s Sound Off! has been pitting local bands against each other for 16 years now. The all-ages "battle of the bands" have introduced us to acts like The Lonely Forest, Naked Giants, Manatee Commune, and more. The 2017 competition kicks off tonight, Friday, Februar...

Song of the Day: Shelby Earl - The Man Who Made Himself a Name 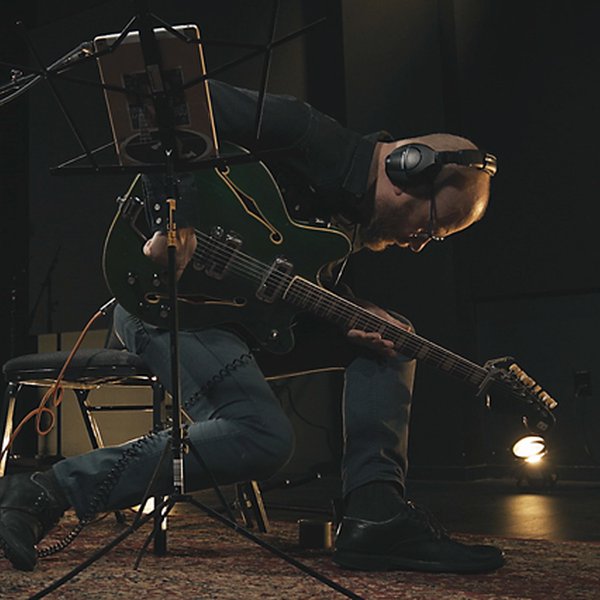 Artists need The Clash as much as the rest of the world. The legendary band help shape the ideas of not just fans but future generations of musicians. We didn't have to ask twice for a few core KEXP artists to perform some of their favorite Clash songs for the fifth annual International Clash Day...