Throwaway Style: Dude York Take Care of Christmas with Halftime for the Holidays 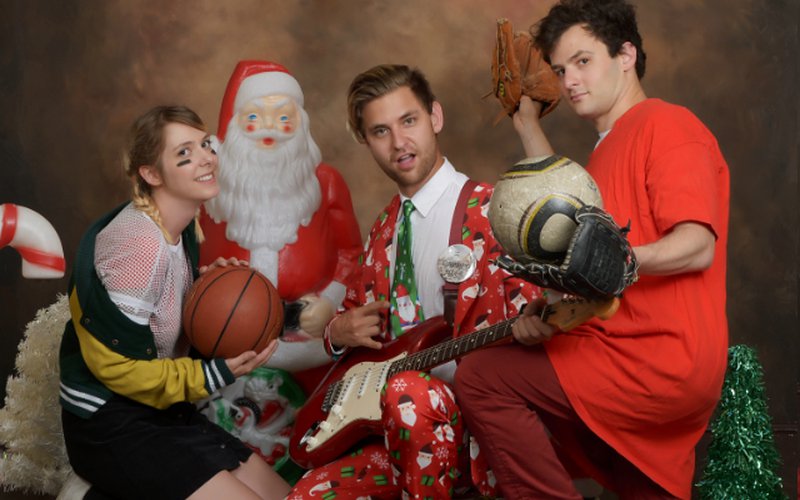 Christmas is the most pop-punk of holidays. Halloween is goth/emo, Valentine's Day is bossa nova, and Arbor Day is obviously ambient/drone (still waiting on Brian Eno to drop that surefire holiday hit album, Songs for Staring at Trees To). In the spectrum of holidays, Christmas hits with the same immediacy and mass appeal as its kindred spirit genre — both also have some serious haters who just "don't get it, man." But it's the emotional drama of Christmas and pop-punk that really feel intertwined. It's a feeling that Dude York wholly grasps on their I-can't-believe-this-actually-exists-but-it-also-totally-makes-sense new seasonal record, Halftime for the Holidays.

Halftime may seem like a gag on its surface. I mean, just the idea of it is enough to make you chuckle and there's even a song called "Takin' Care of Christmas" that directly parodies BTO's "Takin' Care of Business." But like the best satire, it's a record that's mired in truth. The holidays are absurd. It's a time of year that we're all like, "Yeah let's cut down a tree, put it in our house, and dangle a bunch of trinkets from it. Maybe we can even hang a plant that obligates people to kiss each other when they're underneath it." If you did any of that any other time of year, it'd maybe be concerning or at least off-putting. More than that, it's also a trying time for people. It can be a reminder of loves lost, families strained, and unbelievable stress.

Throw all these conflicting ideas together and you're either going to have the most wonderful or the most miserable time of year. Dude York gets that and nails it right away on the record with "Break Up Holiday." A sort of spiritual successor to songs like Wham!'s "Last Christmas" and Dude York's own "Love Is," the chunky guitars and Claire England's disenchanted punk vocals coalesce into a broken-heart scorcher held together by safety pins and AOL Instant Messenger away message pastiche. If it weren't for the sleigh bells chiming in the background, it'd be easy to call it a summer anthem.

The same goes for "Hollywood Holiday," juxtaposing the glitz of Los Angeles with the shimmer of tinsel. Coming from the heartbreak of "Break Up Holiday" to the snappy rhythms of "Hollywood Holiday" really captures the ups and downs of the season. Even still, there's a sense of longing amidst the fake plastic Christmas trees. "Long Distance Christmas" feels like the inverse of "I'll Be Home For Christmas," wanting to be with the ones you love but not being able to return home. The pain of trying to make phone calls work when you really just want to be in the same room really captures the "meaning" of the season. It's all about finding that connection to the people you love and using the holidays to make it happen, no matter how arbitrary it may feel.

Even when the album delves into it's goofiest with "Takin' Care of Christmas" (I can't stop laughing at this title) and "Jingle Bells Rock," it paints a picture of what the highs and lows many of go through every December. It's a record that will lift you up, even when it talks about being disconnected. As guitarist Peter Richards sings on "True Meaning," the band just wants "Peace on Earth and goodwill to all." For 22-minutes, Dude York delivers on that. If you're struggling through the holiday blues, Halftime is the escape you need to laugh and shout along to your own blue Christmas.

Halftime for the Holidays is out now via Hardly Art Records.

This has been a big year for Seattle noise punks, CHARMS. After years of wowing crowds with their brutal and mystifying live show, the band finally released their killer debut album, Human Error, via Killroom Records. But now we're getting some bummer news as synth player Josh McCormick moves to Bellingham and thus parts ways with the band. McCormick will play one final show with the band tomorrow night, Dec. 1, at Kame House alongside Newaxeyes and Tengu Yawn. In a Facebook post, the band notes that this will be Charms' last show until "???". If you haven't seen Charms before and haven't experienced McCormick's beastly synth playing, you won't want to miss this one.

Speaking of Newaxeyes, the Seattle instrumental quartet is preparing to release their debut LP, BLACK FAX, on March 16 via Important Records. Newaxeyes have been churning out some of the most vivid, dark, and immersive work in town for a few years and now we can finally hear what they can do given the full-length format. Not just that, but it's being produced by the unstoppable Randal Dunn (Sunn O))), Wolves In The Throne Room, CHARMS). Their first offering from the LP, "False Flag," is one of their most forceful and engaging works yet. It twists and distorts against synthesizer fervor, feeling like a soundtrack to a sci-fi opus yet to be filmed. Indulge in it below and get excited for the record.

This week the Grammy's revealed this year's nominations and there was a fair amount of Northwest love across the categories. ODESZA have cemented their ascent to super-stardom as their latest LP, A Moment Apart, is up for Best Dance/Electronic Album and "Line of Sight" contends for Best Dance Recording. Perfume Genius' No Shape will also vie for Best Engineered Album, Non-Classical. Chris Cornell's final song, "The Promise," is in the running for Best Rock Song. Former Seattleite Father John Misty gets a shout in the Best Alternative Music Album and Best Recording Package categories for his everything-is-going-to-shit-but-it-might-just-be-okay opus Pure Comedy. Congrats to all the nominees and may all your dreams come true on "Music's Biggest Night."

November 30: Who is She, Anna McClellan, Thick Paint, Baby Jessica at Woodland Theater 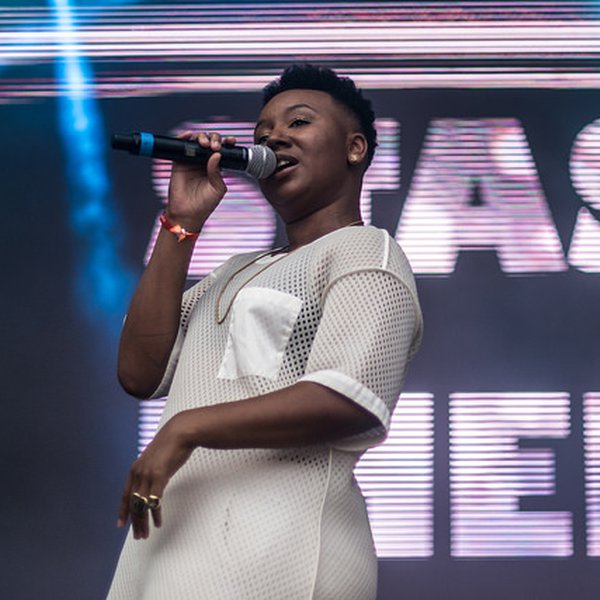 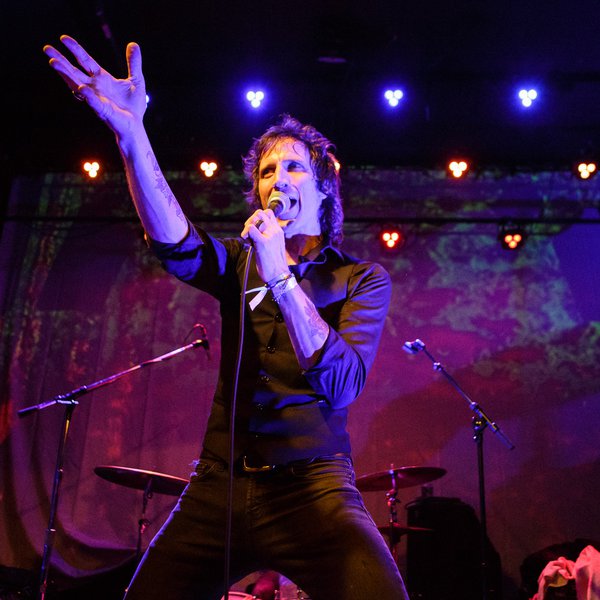 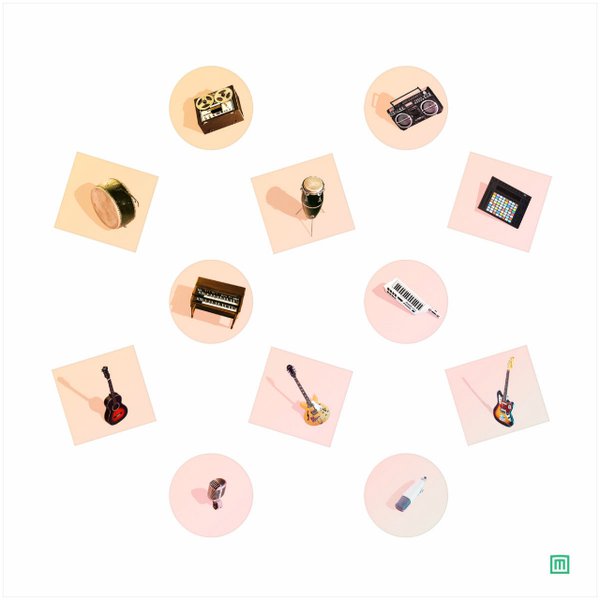 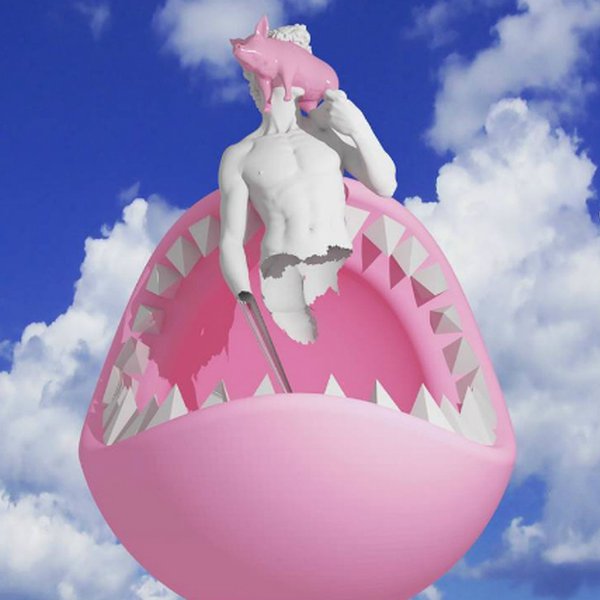