Scribes Sounding Off: Did It! From Yippie to Yuppie: Jerry Rubin, An American Revolutionary 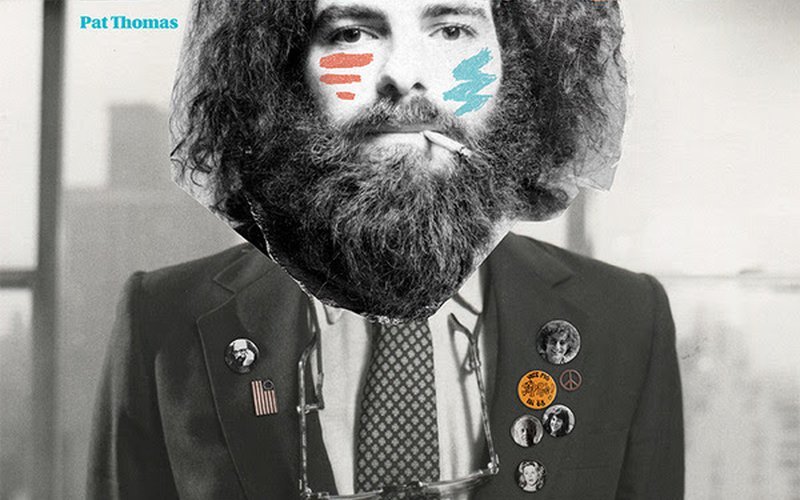 Author Pat Thomas and Sean Jewell will be guests on The Roadhouse on KEXP tonight from 7:30 to 8:30 PM to discuss his new book and play music from the era with fill-in host DJ Hans.

Review by Sean Jewell, DJ assistant for The Roadhouse on KEXP

Pat Thomas is the author of Listen, Whitey: Sounds Of Black Power, he was a consultant on PBS's Black Panthers: The Vanguard Of The Revolution. He's a public speaker, and archivist who curated Invitation to Openness, a book of Les McCann's photography, and the Allen Ginsberg box set Last Word On First Blues. His new book Did It! From Yippie To Yuppie: Jerry Rubin, An American Revolutionary (out now via Seattle publishers Fantagraphics Books) is a trip.

Jerry Rubin was a political satirist, an innovator of social media, an American revolutionary, a self-made self-help guru. His contributions to American culture stem from the formation of the Youth International Party with Abbie Hoffman, which became the Yippie movement. He's infamous for aiding the end to American involvement in the Vietnam War as an ally in the Civil Rights movement and bolstering the counterculture left with immense, absurd protests. His particular genius was in catching the attention of the media in order to spread his message of peace -- at any price. He also wrote several books in his lifetime exploring subjects like the revolution and his own toxic masculinity. He threw huge parties in the eighties at Studio 54 that may have been the precursor to social media.

Jerry Rubin, An American Revolutionary is an immersive tome that feels as much like a coffee table book as a valuable teaching tool. Pat Thomas is an archivist with the ability to tell stories about revolutionary figures that make you feel as if you were there. Rubin's complex history cannot be isolated to a single story or even era, so Thomas' book spans the activist's whole life. Using first-hand tales from other revolutionary figures, personal correspondence, newspaper clippings, posters, cartoons, and even datebooks, he traces Rubin's rambunctious run through the Vietnam Era, the death of the sixties, and the self-help crazes of the eighties. What's more, Thomas' contribution to the story takes its own revolutionary steps by ensuring that the women of the revolution, at the time largely sidelined from recognition or exposure due to sexism, finally get their say. There is enlightening input from Rubin's partners Human Rights Activist Nancy Kurshan, Stockbroker and Author Mimi Leonard, and relationship and sexual therapist Dr. Stella Resnick; and massive contributions from Sociology Ph.D. Sociologist Judy Gumbo, and master film-maker Barbara Gullahorn.

Through entertaining, and at times touching, stories and archival material Thomas weaves a tapestry that ties together the civil rights movement, women's liberation, hippie culture, music, politics, and mass media. It's a deep dive into American counter-culture buoyed by the levity of Jerry Rubin and Abbie Hoffman's absurdity. Part of the impetus of Thomas' book is to draw attention to the man who was co-founder of a movement most people recognize Abbie Hoffman for. Rubin's infamous exploits include raining dollar bills and burning money on the New York Stock Exchange, appearing before the House UnAmerican Activities committee in a revolutionary war outfit and handing out the Declaration of Independence, to a protest to levitate the Pentagon, and a bloody protest at the Democratic Convention in 1968 -- where Hoffman and Rubin nominated an actual pig as a presidential candidate -- which led to the Chicago Seven trials. Tied in with his relationship to revolutionary music heroes from Phil Ochs and Bob Dylan, to The Fugs and The Holy Modal Rounders, and John Lennon and Yoko Ono, the book is an exciting read. After the '60s, Rubin, a figure who could draw adulation as equally as ire from his confidants and conspirators, sought transformation, and Thomas is able to describe what many saw as Rubin turning his back on the movement as an act of radical self-care.

Perhaps for his own mental health, after the crazy-making persecution of the '60s and early '70s, Rubin gave himself over to self-help lifestyle, allowing his women like Stella Resnick and Mimi Leonard access and input to a revolution of himself. Going from Yippie to Yuppie, Rubin became a true socialite on the Manhattan scene in the eighties, working as a venture banker, talent scout, and eventually a creating his own money management firm. Thomas describes deftly how Rubin's years of experience in manipulating mass media left him a massive Rolodex of important names. His ability to network with people in entertainment and government gave him the idea to throw huge parties that landed longtime residencies for social interaction at prominent New York Clubs during the weekdays. The data he mined from attendees was a precursor to social networking (they called it business networking). Seen as a turncoat by some of his peers, including Abbie Hoffman who had been underground working as a protester in the Northeast, the agitator and opportunist even used people's disappointment to set up a tour where he publicly debated Hoffman.

Pat Thomas' fascination for mid-century American icons has made him a vintner of American culture. Did It! Jerry Rubin, An American Revolutionary is not just the story of Jerry Rubin's life. It's an important pastiche of historical artifacts, interviews, and writing that establish Rubin as the keystone in the arch from Berkeley to Algeria, Dylan the MC5, HUAC to LSD, black power to self-help, Studio 54 to Facebook, and Yippie to Yuppie. 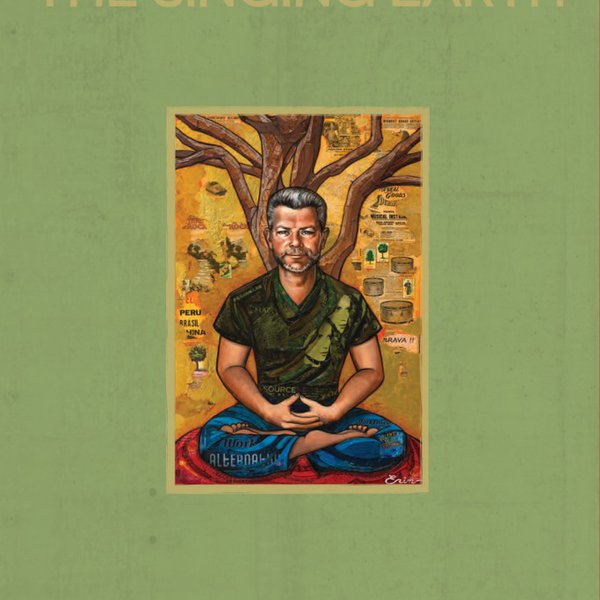 Scribes Sounding Off: The Singing Earth by Barrett Martin

When most people hear the name "Barrett Martin," they immediately think of rock bands, like '90s grunge gods Screaming Trees or maybe supergroup Mad Season (which also featured members of Alice in Chains and Pearl Jam). Or maybe you flashback to 2015's Raw Power supergroup, performing on the top of…