Legacy is such a weird concept. "We tried so hard", Wilco sing on Schmilco closer "Just Say Goodbye", "as if I have the answers". Back in a July 2009 interview with SPIN mag, describing the band's self-titled record contract wrap-up seventh album, frontman Jeff Tweedy told the world, "I think people are ready to laugh with us more". Chock it up to inhuman clairvoyance, but I'm not sure most people would have followed that train of thought to where we see Wilco now. Two discussions surrounding the band's tenth full-length outing, Schmilco, have overpowered conversation over actual album content: that of the album's name, and that of its cover. Last year, the band returned out of nowhere with the cat poster free download ninth album Star Wars, and in less than a full 12 months, they follow it with a deeper plunge into the non-sequitur. The name is a nod to Nilsson Schmilsson, the 70s staple from Harry Nilsson where the robed scruffy-looking icon (hash pipe in hand, mind you) stares off camera into the void and essentially asks "What now?". The cover, lovingly drawn by Joan Cornellá, shows a loving middle-class father providing an electrifying solution to maintaining his daughter's happiness and naive bliss. But past these two layers, we get an album where the laughs are only there as a cover up. Here, the band follow the modern times identity crisis of Star Wars with subsequent self-doubt. Wilco Schmilco... what's in a name? On a lovely, deeply rewarding tenth effort, Wilco question their artistic and personal legacies, and make us all better people because of it.

Schmilco plays like one of those timeless Bildungsroman movies, where you see the main character grow through every stage of childhood in the first half, and then deal with clinging demons in the second. Throughout side A, Tweedy guides us through an introverted and anxious childhood. On the toned-down solo number "Normal American Kids", he constantly seeks escape from the expectations of the norm, tied to the grid, always on the clock. At one point, he questions whether or not he had much of a chance to be a kid at all, being pulled from institution to the next with little care for any free thought. The frustration explodes on warm jammer "Cry All Day" before it simmers to a slow brooding on "Common Sense", one of the most spiteful and ill-tempered tracks Wilco has put out in some time (and yet, still never blowing the low decibel level that guides the whole album). But Tweedy breaks himself out of the teen angst spiral as the side closes, whispering to his own coiled shadow as the past shuffles down the street, spitting in the gutters. "I hope you find someone to lose, someday", he sings, now knowing full well what wonders love and the prospect of loss do for one's desire to let go of bitterness and make every moment count.

But of course, it's never as easy as growing up and falling in love and passing on all the lessons you learned. When you grow up like Tweedy did with the normal American kids setting the standard, questioning yourself with every passing year, you find yourself doing the same thing into parenthood. "My mother says I'm great", Tweedy sings on "Happiness", "and it really makes me sad. I don't think she's being nice - I really think she believes that". Tweedy's wry self-deprecation here may seem tongue-in-cheek at first, but it's a real, present doubt. The somber, longing instrumental certainly gives you a few clues in this direction. "Too bad it's nothing happiness depends on", he follows, wondering now why he spent so much time in his youth trying to convince her of as much. Meanwhile, "Quarters" throws a much darker layer on top of the parenting mystery. Here, Tweedy recounts a late night job that he got as a favor, sweeping up at a tavern where destiny put those less fortunate than he sleeping under bar tables with nowhere to go home to. Tweedy finds himself stumbling blindly into middle-age, himself a parent, somewhere beneath the influence of his own mother and the graces of the tavern owner from his vagabond days. He loses a lot of faith in the loveless sales-pitch of social unification, flipping "We Are The World" on its head to instead find safety in a single person that he truly loves. It turns out, maybe he can't save the world. Maybe he is just another kid from the burbs that grew up and out of them, destined to make the same exact mistakes his parents did. What is any of the effort really worth?

As much as it may seem like it, Schmilco really isn't a sad record - maybe a bit melancholy at times, but certainly not hopeless. There's a bit of meta-commentary on the record that gives the listener a sideways clue in finding the silver lining. If you don't want to hear the heavy-handed lyrics, then fine - go ahead and tune them out as you jam to a simple, wispy Wilco record in the style of their Starbucks-ready self-titled album. And then, in this way, the listener embodies the hapless father on the album cover, intent on ignoring the pain in order to preserve the inner child, joyful and doubtless. But to really find peace with that inner child and the regenerating cycle that is legacy, you have to question yourself, you have to reevaluate, and you have to relearn. Schmilco is (especially coupled with last year's Star Wars) Wilco's relearning in full swing. The band's impeccable legacy exists and thrives because Tweedy and Co. have never resisted change when it comes. And with Schmilco, they put the changing of the guard in full focus, always ready to show off what they've learned with the passing years, yet unafraid of the eventual day when it will be time to pass it on.

Schmilco is out now through Wilco's own dBpm. Grab it at your local record store on CD or limited indie store pink vinyl. Wilco are now on tour in support of Schmilco. They just made a two night stop at the Moore Theater at the beginning of the month, but you can check out the rest of their upcoming dates at their website. 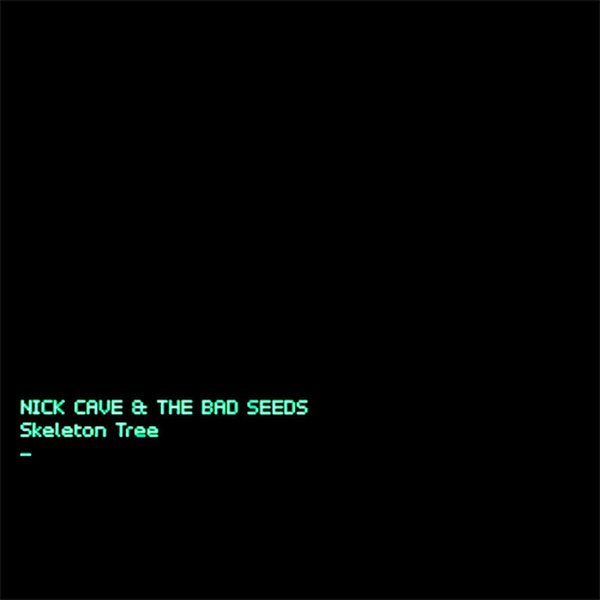 The cover of Skeleton Tree, the sixteenth studio album by Nick Cave & The Bad Seeds is the most minimal and least revealing artwork of their career. Against a black backdrop in computerized font, the title of the record glares menacingly like the stuck screen of a heart rate monitor. It's qui... Through years of hard work and countless projects, producer Kurt Feldman has made a name for himself as one of the greatest auteurs of the 80s who was also born in the 80s. Earlier this year, Feldman brought this knack for timeless synth pop to Kristin Welchez for her debut as Kristin Kontrol. El...