It’s a rare opportunity to see a band as hyped as Whitney at a venue as intimate as the Sunset Tavern. Or as frontman Julien Ehrlich noted with an off-the-cuff affect he deploys for most his on stage thoughts, “This show’s been sold out a long time.” No surprise there. With the June release of their debut album, Light upon the Lake , Whitney have landed in the type of musical clover only found at the unique intersection between critical acclaim, universal appeal, and underground status. But if the band has outgrown the cedar walls of the Sunset in the months between their release and the show, none of the members seem to mind. With repeated shoutouts to friends and family (who they estimated made up half the audience), off mic jokes that reached the back of the room, and genuine inquiries into where they would stay that night, Whitney seemed to fully embraced their band-on-the-rise status. Their ease on stage relaxed the eager crowd and helped set the tone for a laid back night of tunes and grooves. 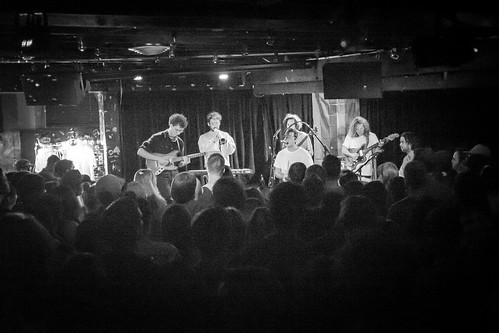 Though touring under his own name, opener Michael Rault’s show was most notable for his band’s cohesiveness. Outfitted with the classic four-man set up of two guitars, a bass, and drums, the group blazed through a set of no nonsense pop-rock that hit all the best notes of the 60s and 70s while maintaining enough character to define its own sound. Though ornamental guitar solos and falsetto harmonies provided depth and texture to the arrangements, Rault’s songs featured melody above all else. That vocal forward style coupled with Rault’s easygoing sense of humor proved to be a perfect compliment for Whitney and a great jumpstart to the night. 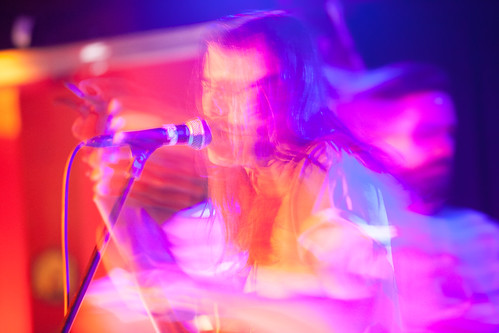 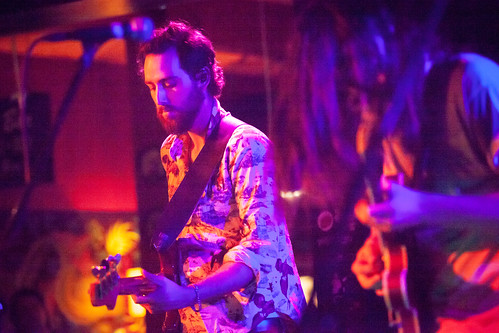 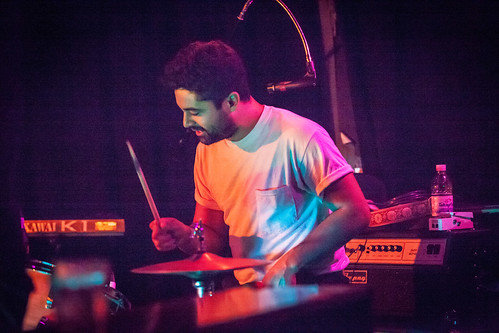 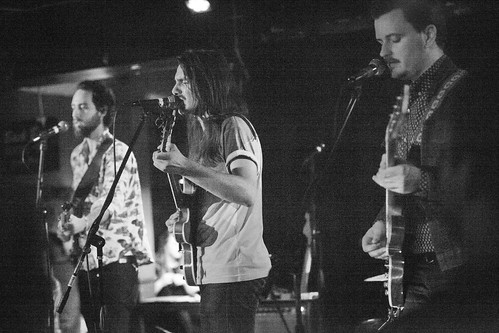 Given the spacious and often minimal vibe of their album, hi-fi production usually doesn’t define Whitney’s sound—and it shouldn’t. Much of what makes Whitney’s album stand out is that every instrument feels mandatory to the groove of the song. Seeing them live only enforces that point, but not in the way one would expect. Without the members for harmonies on horn or doubles on the vocals (both trademarks of the album), much of the band’s set felt stripped down in spite of their six-piece set up. Lesser acts have failed in similar situations, unable to recreate their signature sound without studio magic. Whitney on the other hand, ever the skilled musicians, turned their limited resources into an advantage, using the extra space to showcase their individual talent and strength of songwriting.

But most of all, Whitney thrive in a less-is-more setting because of their music's subtlety. This is a band that understands you can craft a tribute to classic reggae without using canned offbeat sixteenths on the keyboard ("On My Own"), that you can create a beautiful folk song without copious reverb on the vocals ("Light upon the Lake"), and that you can build an energetic rock song without bashing cymbals ("No Matter Where We Go"). Even their solos were immaculately timed, leaning closer to a trading 4s jazz style than the indulgent jam fest so many rock bands try. At times it’s hard to tell if Whitney chose their refined style or if it was born out of necessity. (After all, it’s hard to go full Rush when your drummer is your lead vocalist.) But one thing is for sure, Whitney have proved they have the chops for bigger and better things. For now, we’ll have to wait with baited breath to see what comes next. 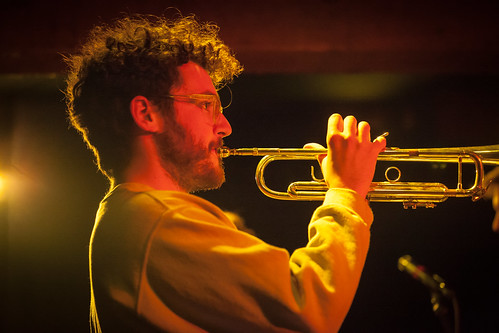 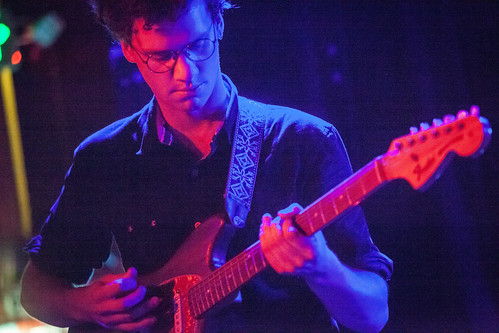 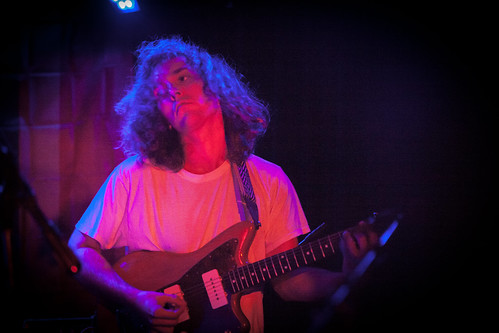 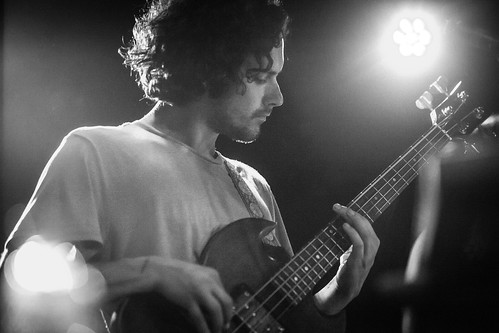 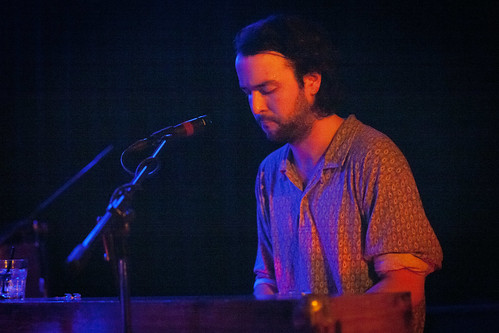 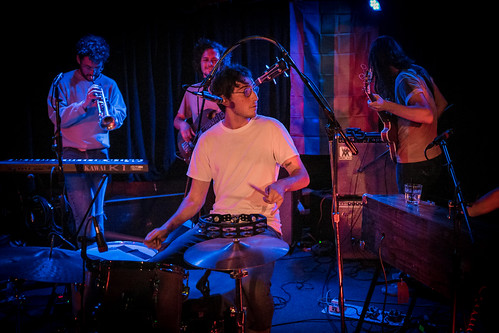 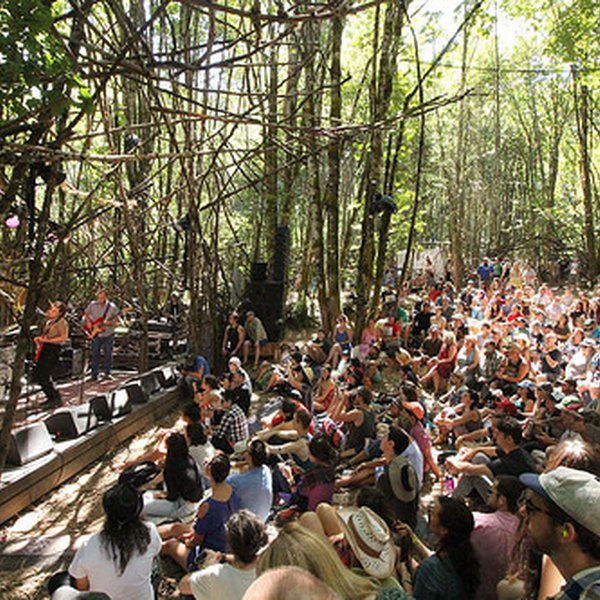 Friday evening brought plenty of good sleep. For those at Pickathon who were sung to sweet dreams by Yo La Tengo’s intimate stripped down set the night before, or for those who danced themselves to exhaustion at Ty Segall, a few hours of rest were well appreciated. After all, there is very little... 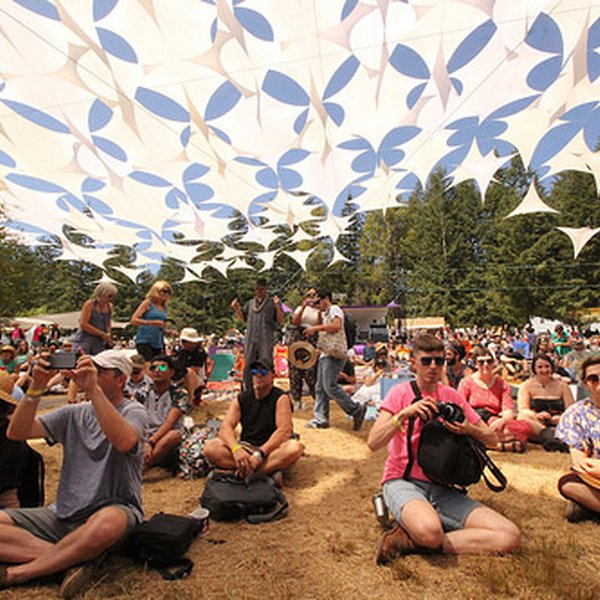 You won’t believe the golden light you wake up to crawling out of your tent at Pickathon. The tree-lined hills of the Pendarvis Farm in Happy Valley, Oregon make you feel like you are in an other-worldly paradise. Taking a light walk around the Back 40 to enjoy the surroundings, among the sleepy ...