Concerts at the Mural, KEXP Presents 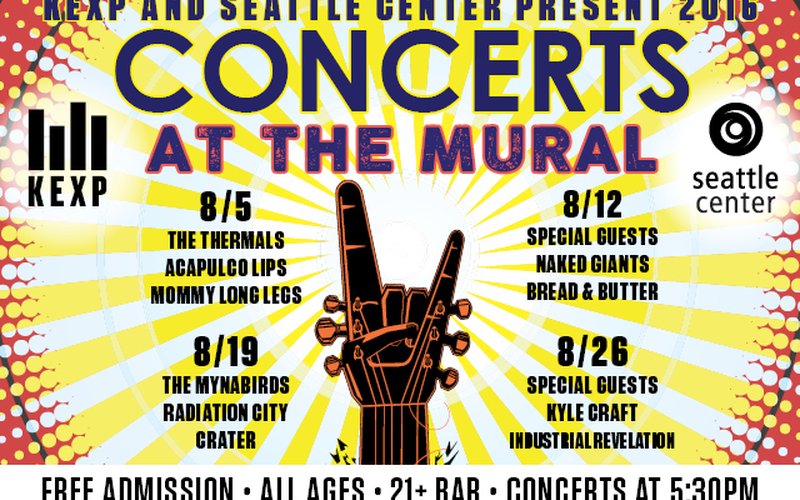 Can you believe it? This Friday, August 26th is the last concert of the 2016 Concerts at the Mural series. It's been an amazing summer of free, all ages music on the lawn of the Mural Amphitheatre! We're gonna close out August with another amazing line-up, and, it's Donor Appreciation Night, so wear your KEXP t-shirts, belt buckles, or other swag, and you'll have a chance to win some pretty fabulous prizes. These shows are always FREE and all ages, with a beer garden for those 21 and older. (Please note: the bar is cash only!) Gates open at 5:00 PM, so get here early!Seattle's Industrial Revelation have been huge in the local jazz scene for a decade now, playing live on KEXP's Sonarchy back in 2007. But it was the band's 2014 win in The Stranger‘s 12th annual Genius Awards that really catapulted them into the limelight. Their unique sound defies the "jazz" label, combining hip-hop, electronica, and funk into their music. In an interview with Earshot Jazz, upright bassist Evan Flory-Barnes explained, "All the eras of Seattle music -- high points ranging from the Jackson Street days, the early days of jazz, to the Wheedle’s Groove days -- that’s all in our music." Trumpeter Ahamefule J. Oluo added, "There’s as much Alice in Chains in what I’m doing as there is Louis Armstrong!" If you aren't already in love with them, you will be by the end of Friday's set.

He may be young, but Kyle Craft sounds like an old soul, calling to mind the glam rock of Bowie with the gruff, down-to-earth songwriting of Dylan. A recent transplant from Shreveport, Louisiana to Portland, Craft recruited new neighbors Brandon Summers and Benjamin Weikel of The Helio Sequence to help him refine and mix his debut release, Dolls of Highland, out now on Sub Pop. Come bask in the warm folk-rock sound (described as "Ryan Adams' brain on Rufus Wainwright’s voice" by KEXP Online Manager Jim Beckmann) on this sultry summer evening.

And, finally, Pickwick return to the Mural Amphitheatre lawn! The local faves have a new album on the horizon (produced by fellow local great, Erik Blood), and we'll be among the very first to get a taste of it in a live setting. If you were listening to The Morning Show on KEXP early this week, you got a sneak peek when frontman (and main songwriter) Galen Disston shared some tracks -- some that weren't even named yet. Flashback to their 2011 performance below:

KEXP is proud to once again be a part of the annual Taste of Iceland cultural extravaganza, and we're kicking things off this Friday, October 14th from 6:00 to 8:30 PM with a special literary event in our Gathering Space. 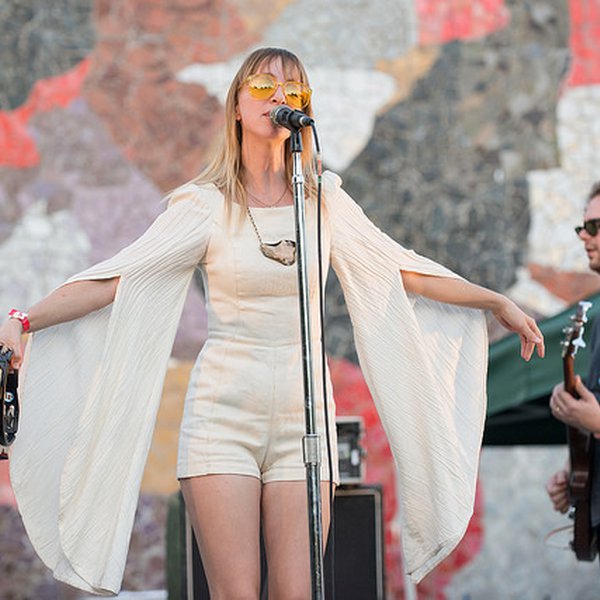 Photo Gallery: Concerts at the Mural with The Mynabirds, Radiation City, Crater

Seattle, you never cease to amaze us with your passion for music, and we love you for it! Despite rare high temperatures in the mid-90s, over a thousand of you came out last Friday for the latest edition of Concerts at the Mural. And, a little heat was so worth it with the great bill we had. Local … 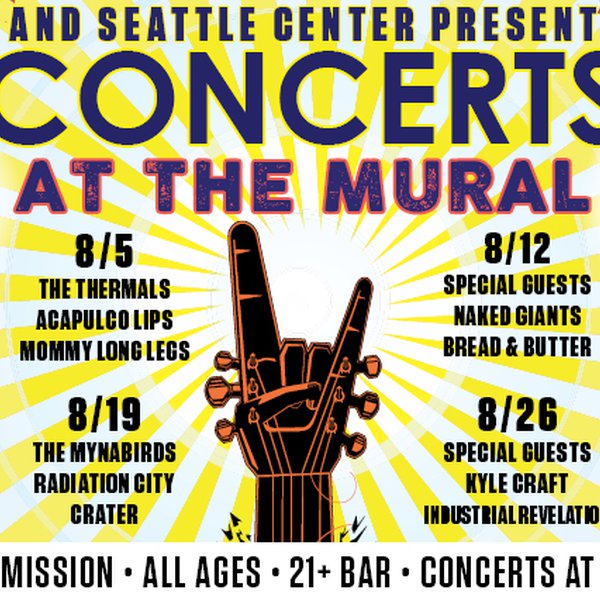 Concerts at the Mural KEXP Presents

This Friday: Concerts at the Mural w/ Crater, Radiation City, The Mynabirds

Tomorrow night, KEXP and Seattle Center bring more amazing music to the Mural Amphitheater lawn with Concerts at the Mural! These shows are always FREE and all ages, with a beer garden for those of you 21 and older. (Please note: the bar is cash only!) Gates open at 5:00 PM, so don't dilly dally!