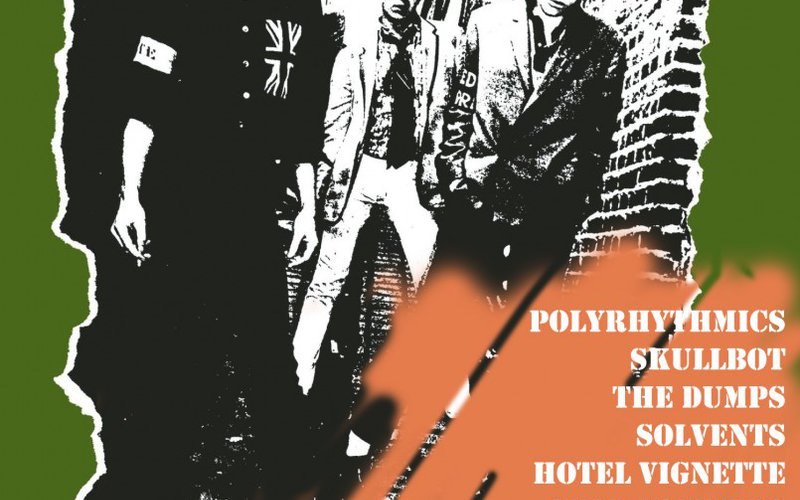 The station "where the music matters" is paying tribute to the "the only band that matters" this Friday on the air, but the party doesn't stop there: on Saturday, February 6th, The Skylark in West Seattle hosts an International Clash Day Concert to benefit KEXP's New Home! Seattle favorites Polyrhythmics, Skullbot, The Dumps, Solvents, Hotel Vignette, and members of Wild Powwers will tackle the legendary song catalog of these punk pioneers, and it all proceeds benefit KEXP -- what could be better?

The show SOLD OUT yesterday, but we couldn't resist chatting with some of the bands about their love for The Clash. Thanks again to all these bands for donating their performances to help raise money for the KEXP New Home!

I do! I was in 7th grade down in sunny southern California! I had recently been turned on to KROQ (an alternative radio station serving the greater Los Angeles area), when "London Calling" came across the waves. I was instantly drawn to the unique nature of their sound.What does International Clash Day mean to you?

I think it's a great opportunity to celebrate an iconic force in music history. I don't see The Clash as a band which can be pigeonholed as purely "rock" music. A variety of genres can be identified in their sound. Punk, blues, reggae and ska were all influences, to name a few. The beauty of The Clash is their ability to unify these styles, bringing something different to the table.

I think the choices we've made rely on a couple of factors. Sussing out recognizable songs, for one. And putting some thought into how we can make something our own. Polyrhythmics is similar to a band like The Clash in the sense that we draw from myriad musical influences and shape them into something uniquely ours. I believe the songs we have chosen directly reflect our desire to mold material into something that maintains a deep respect for the original while maintaining our creative integrity as a band.

Indeed! If nothing else, I think we've learned that there are many ways to approach a cover song. Most of them valid. But simple hooks, great melodies and solid grooves will always win the day. The Clash clearly offers these elements in their material. Simple hits hard.

The chorus in “Rock the Casbah” of “Shareef don’t like it” was a reference to the Ayatollah Khomeini who banned rock music when he took over Iran. If Polyrhythmics could ban anything, what would it be?

In keeping with the spirit of this event, I think it's safe to say that Polyrhythmics would put a swift and efficient end to bad cover songs!

I remember hearing their music growing up. I always enjoyed it.

The celebration of a great band.

Nothing new; just that they are better at writing songs than I am.

You’re covering the London Calling track “I’m Not Down” — what things are Skullbot not down with?

Kyle Madsen of The Dumps:

I bought London Calling when I was about 13, listened to the song "London Calling," and was so freaked out I didn't listen to it again for a few days. After that, it became my favorite punk album of all time.

Clash Day represents a celebration of the most articulate and creative bands of all time, a band that changed the face of western music and more. It's important to celebrate The Clash in North America because people need to be reminded to think for themselves, to question authority and participate in democracy.

We chose the songs that we did because we felt they are possibly more relevant today, in the wake of such cases of police brutality as Michael Brown, Tamir Rice, etc., as they have ever been. Joe Strummer was great at writing songs that shook white audiences out of their complacent lifestyles and challenged them to do something about the injustice in the world.

We've learned that to play a true punk song is far from easy. To try and capture the energy and intensity and desperation of these songs is a challenge unlike any other, especially in an era (or city) so grounded in a techy/introverted/sheltered culture.

The Clash fought the law, and the law won, but what would be the outcome if The Dumps were in that fight?

If The Dumps fought the law, the law would very politely ask us to stop because we're all white boys.

Vividly! it was 1987 and me and some friends had just started skateboarding. We were at this spot with a boom box playing (wince, gasp) Starship's latest cassette, No Protection, when some Punk Rock skate guys showed up. One of them walked over to my tape player, pulled the Starship tape (didn't even talk to us about it), and popped in the first Clash record. It was queued up to "I'm So bored with the USA" and I was shocked! It was like a movie or something! I wanted to know more. It got me thinking. And I began the search.

It means a lot to me because they were THAT important and still are. And the fact that KEXP is raising awareness is just the best! They deserve all the praise and worship in the world. I would hate to see what modern rock would look like without Joe Strummer.

One part love and one part laziness! Our current drummer, Seth Raymond, and I had a band back in the early 2000s called Ball Turret Gunner and we covered "Police on my Back" and "Spanish Bombs." So half the band knowing most of the set without even practicing was pretty appealing. And we LOVE those tunes to death! My wife/Solvents violin player Emily Madden, suggested "Straight to Hell," and we were like YES! I immediately bought her a delay pedal for her violin!

Their music is a gift. It's simple enough to "get it" and play it and feel like you're kicking ass but you could never duplicate it. Lyrically, it's some some of the weirdest, raddest stuff ever written. Learning all the lyrics to "Straight to Hell" has been a mind bender for sure! Also: Our Bassist Clay Bartlett really has made me aware of how great those bass lines are!

You’re covering the track “Police on My Back” which happens to be the most played Clash song of all time at KEXP! If the police were after Solvents, what crime would it be for?

This would have been in the late '80s when my family was living in England and I was about 8 or 9. I remember relating the music to the British punks I would see when we would do trips to London. I was very intrigued (and equally terrified) by the subculture.

A day when all fashion faux pas are allowed? Sorry, bad joke.

I picked songs that I felt I could pull away from a standard punk style approach, adding my own musical styles, and show off the strength and depth in The Clash's song writing.

I find it's always eye-opening when looking into any past subculture and finding how true the words still speak to the injustices of the world. This seems particularly true with The Clash songs I'm performing.

Tell us more about who will be playing with you on Saturday night! With Rose Windows done, will you be recording more under this name?

Hotel Vignette is a name I've used for solo work for some time now. It's not a band per se, but a revolving door of many Seattle musicians that I've had the opportunity to work with in other capacities. So, in that sense the shows I perform can vary quite a bit from a 12 piece chamber orchestra to a 4 piece rock band to a 3 piece jazz trio. I've just released my first album under this name named Doing Alright Vol 1. For The Clash show, I'll be performing as a duo with Brandon Bermudez on Drums. 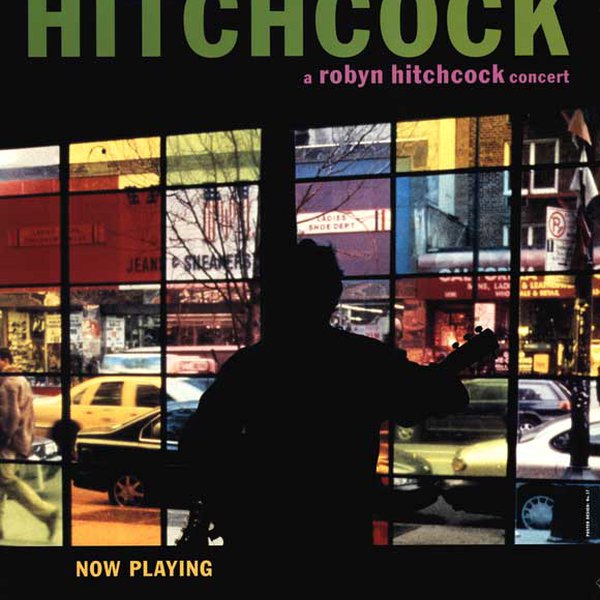 Back in 1996, veteran singer/songwriter Robyn Hitchcock entered an abandoned used clothing store on 14th Street in New York City. With a small audience surrounding him, he delivered one of his intimate, personable performances spiked with witty, and sometimes somber, stories. And thankfully, Acad... 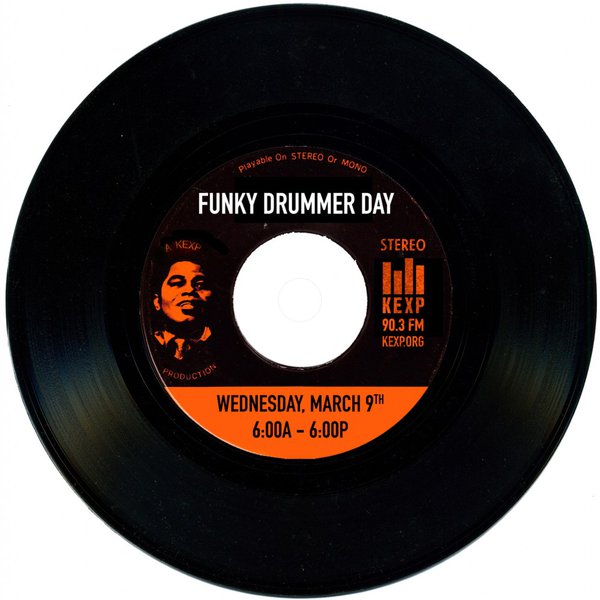 In honor of Funky Drummer Day, local musician and journalist Trent Moorman has graciously shared interviews he's done for The Stranger and Vice Magazine for 24 Drummers, 24 Interviews, a four-part series here on the KEXP Blog! 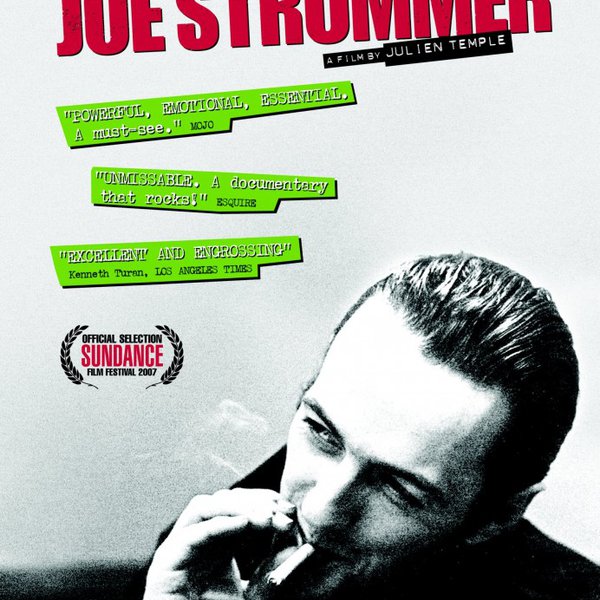 Throughout the history of punk, director Julien Temple was there to film it. His very first short film was Sex Pistols Number 1, a documentary of the band from 1976-1977 that led to the 1980 mockumentary The Great Rock And Roll Swindle, and subsequently The Filth and the Fury. In addition to his ... 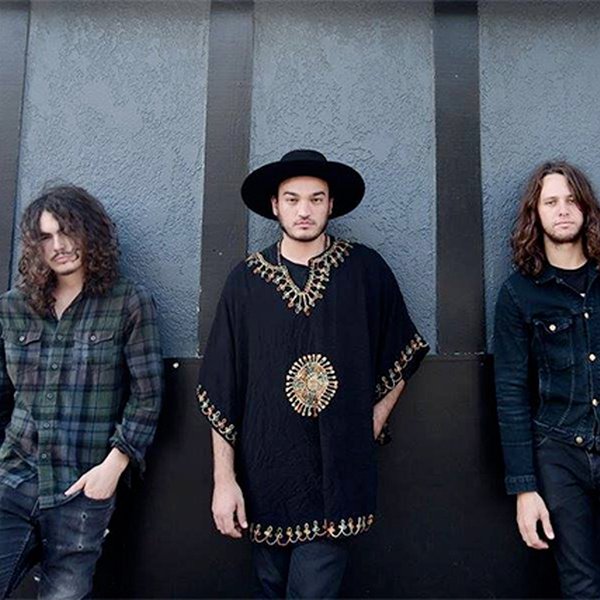 Every Monday through Friday, we deliver a different song as part our Song of the Day podcast subscription. This podcast features exclusive KEXP in-studio performances, unreleased songs, and recordings from independent artists that our DJs think you should hear. Today’s song, featured on the Midda... 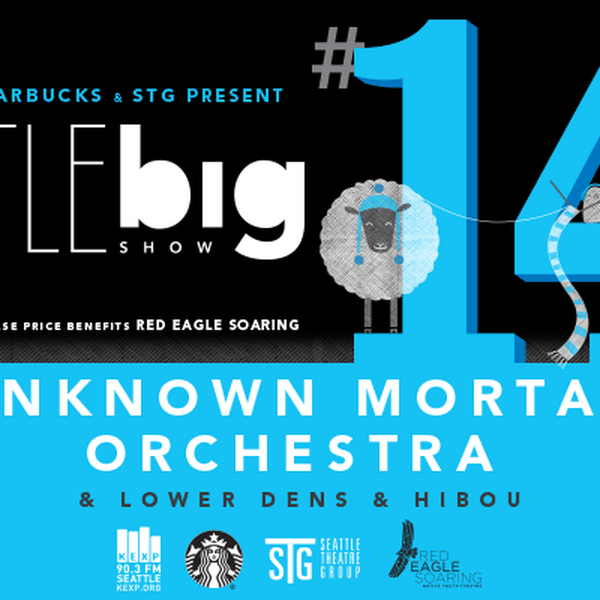 KEXP is teaming up again with Starbucks and STG for the fourteenth edition of Little Big Show, a special concert series created to benefit our city’s arts organizations! On Friday, January 29th, we're happy to present Unknown Mortal Orchestra, Lower Dens, and Hibou at The Neptune Theatre.