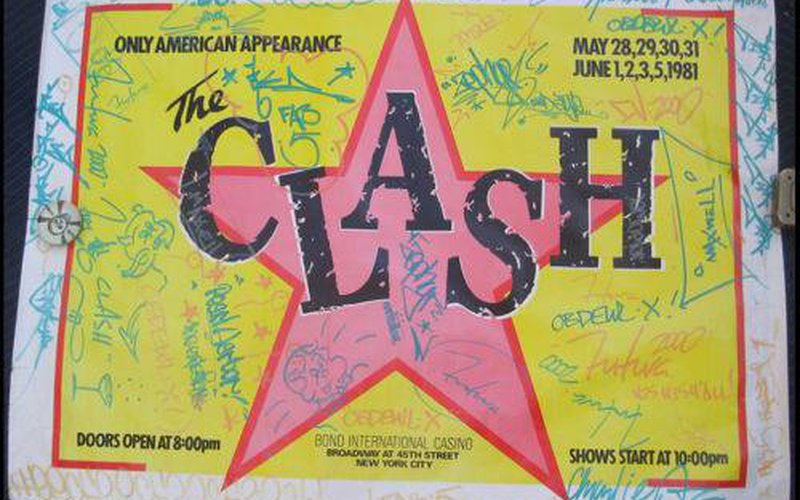 For many New York-area music lovers, seeing one or more of The Clash shows at Bond International Casino in May and June of 1981 remains a lifelong highlight. But “the only band that matters” wasn’t the only act that performed during that historic run in Times Square.

The line-up of support bands during the Bond’s run showcases The Clash’s commitment to musical and cultural diversity, and included hip-hop, reggae, country, and rockabilly acts. Bands led by women featured prominently. Tonight at 10PM I’ll honor those incredible support bands with Riot in Times Square, a special “warm-up” segment for Friday’s International Clash Day festivities.Ads for the shows promised ticketholders the chance to enjoy “The Best Young British & American Bands” before the shows. And not just one, but two opening acts every night. In addition, there were DJs (including Pearl Harbor) playing between sets. “We’re going to just have one big party and get as many people as we can involved,” Joe Strummer told the New York Daily News.

Originally eight shows were scheduled, between May 28 and June 5. Bond’s had a legal capacity of 1750 patrons, but the shows were all oversold - perhaps as many as 3,500 tickets. This prompted the New York City Fire Department to shut down the show on May 30. The band responded by doubling the number of shows it played, and honoring all the tickets sold.

The Clash also seems to have done its best to honor its original commitment to having two different support acts at every gig. This resulted in a mind-boggling array of talent, including (but not limited to):

Perhaps the most curious support act to appear at Bond’s was underage quintet the Bratles, who played one of the all-ages matinees. "Most of our parents were musicians, and they were influenced by The Clash, so of course we were as well ... the music was great, loud and pulsing. 'Clampdown' was one of my favorite songs," recalls Bratles member Jason Collins. Later the quintet went into the studio with Blondie's Chris Stein; these sessions yielded The Bratles tune you'll hear on tonight's show ("Self-Education"). "I'm not sure what the plan was," admits Jason, "but one song Chris produced, a Christmas rock and roll song, came out on a flexi-disc 45."

According to reports at the time, some of the UK bands The Clash had originally hoped to enlist (Theatre of Hate, The Belle Stars) couldn’t make the gigs because of immigration hassles. The warm-up bands tapped for the cancelled May 30 show (including reggae combo The Equators) seem to have lost their opportunity entirely. And then there are several acts that various websites claimed performed - most notably, Sugarhill Gang - but in my research I’ve yet to uncover any hard evidence or eyewitness accounts that they actually played.

Thank you to all The Clash fans online who helped me prepare for this show, and shared anecdotes, photos, and song files (muchas gracias, Elda Stilletto). I’m thrilled to celebrate this important moment in history with you tonight. If you attended one of these historic shows, please share your memories in the comments. 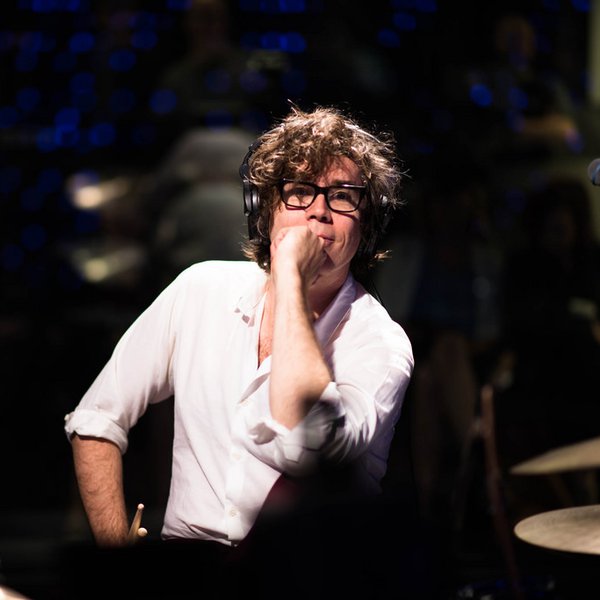 Acclaimed drummer and musicologist Jon Wurster talks to KEXP about his first-ever favorite band, The Clash. 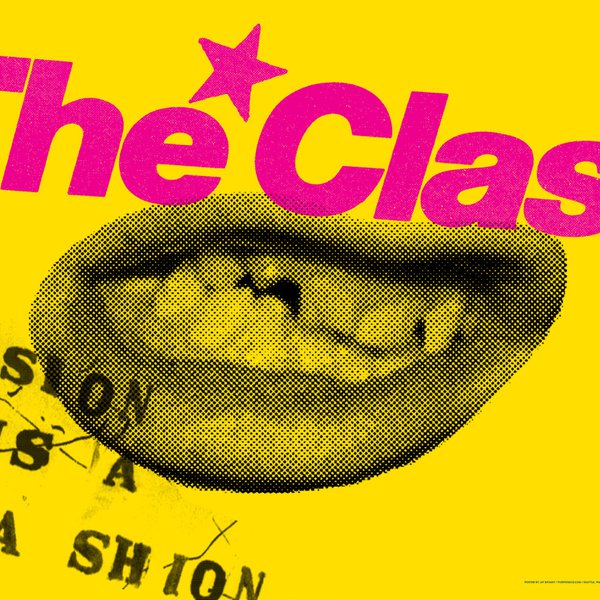 Eric Carnell, a.k.a. the head honcho behind Independence Printage, has been a fan of The Clash for most of his life. His love for the band runs so deep, in fact, that he’s done KEXP the favor of curating and illustrating our artwork for International Clash Day for years, drawing on an eclectic grou…