It's been half a year since the last Little Big Show, which feels like a lifetime considering the streak the series has held in the last couple years. As it always has, the Little Big Show brings together Starbucks, STG, and KEXP to benefit a local youth arts organization through tickets sales. It's a win-win no matter how you look at it. Every time around, the Little Big Show brings a great lineup of both local and out-of-town talent, and a community arts group gets a handsome boost in funding. Hence, "the little show that makes a big difference". This month's show is #16, following the fantastic Santigold/Kilo Kish/DoNormaal show in May, and this time around, we get to benefit Youth in Focus. How Youth in Focus describe themselves: "We are the people who put cameras in the hands of at-risk youth and teach them how to develop negatives into positives". The group put on programs throughout the year that have brought art and culture to the aperture of many a student, and we were happy to see them benefit from the talent in the room this evening. The talent, you ask? Låpsley is the latest rising star on XL Recordings, mixing the diverse sounds of the label (from Adele to Jamie xx) and putting brilliant songwriting on display. The Little Big Show marks her second Seattle date of 2016, and if the sold-out gig at Chop Suey followed by a sold-out gig at the Neptune tells you anything about her trajectory, it's that things are only going up from here. Together with touring support from UK electronic group Aquilo and the biggest gig yet for rising local electronic duo NAVVI, Låpsley kept the hot streak going for the Little Big Show with a stellar night of music and community love.Youth in Focus: 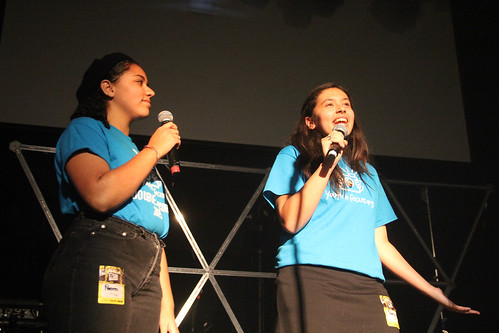 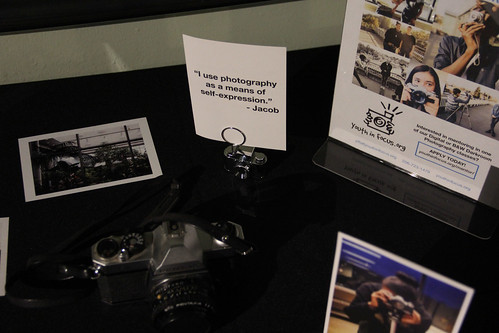 Seattle electronic duo NAVVI kicked things off in stellar fashion Sunday night. Just like DoNormaal before them at Little Big Show #15, the band saw their biggest gig yet on the Neptune stage here tonight, and with the floor packed out, the band's growing exposure in their home city is getting closer to its deserved levels. The band put out Omni earlier this year, their first LP following a string of successful singles and an EP. As the landscape for NAVVI's sound grows, so does their exposition. Both Kristin and Brad hover over multi-colored controllers, setting off a cornucopia of sounds to spin through the air under Kristin's soaring vocals. Meanwhile, Brad puts down driving guitar licks at just the right moment, cutting through the dense sound like a knife. Behind them, NAVVI host a collection of transcendent imagery, alternating between fast and slow in a dreamlike state. It's a great reflection of the band's music, which seems to both speed by and bring you to a standstill. Tonight's Neptune debut was a great night for NAVVI, and hopefully the first of many performances here. 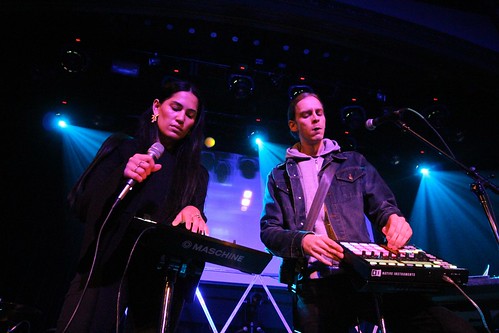 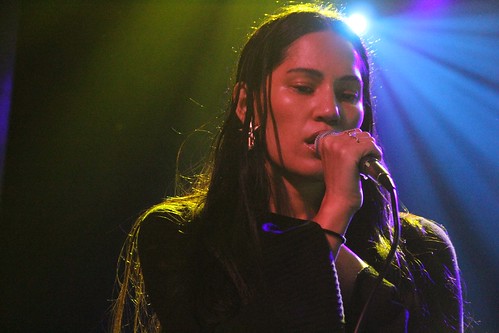 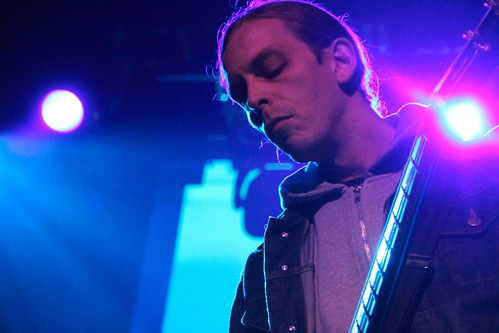 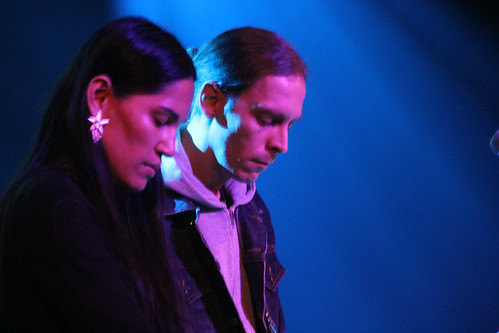 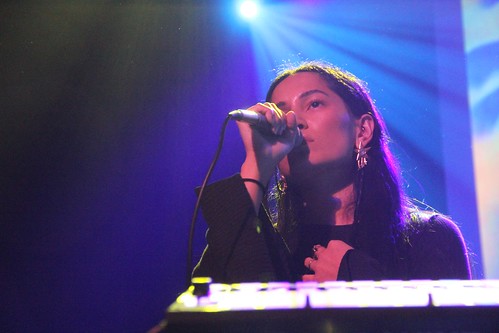 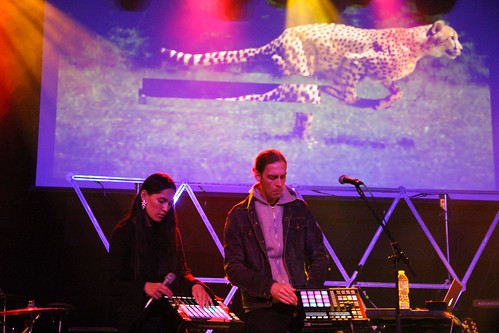 Touring with Låpsley was a great idea for Aquilo. Like Låpsley, the duo of Tom Higham and Ben Fletcher is joined by a few more on the stage than they had in the studio. But with each passing number, you can feel the quiet intimacy of these two young songwriters plucking heartstrings into a laptop mic in the quiet of a cramped bedroom. Their emotive and vulnerable style should find an easy home in the hearts of Låpsley fans, while still venturing off in their own direction. After a string of EPs, the band look forward to a debut LP with Silhouettes in January 2017. Here, they swap out Låpsley's soul and R&B leanings with the kind of electro-folk you could easily hear soundtracking a climactic scene on your favorite AMC television show. Tonight was the band's first time in Seattle, and even still, quite a few fans were sprinkled throughout the audience, singing along with numbers like "Calling Me" and "You There". I think it's safe to say we'll be seeing a lot more of Aquilo in the coming months, as their debut LP is bound to catch like wildfire, and tonight's excellent performance was a lovely taster. 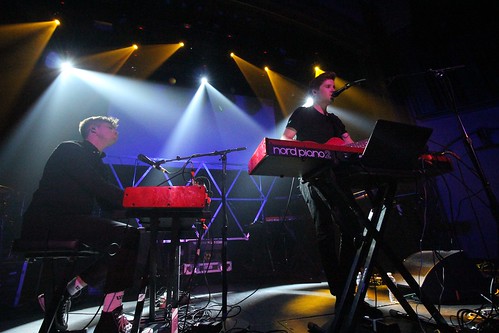 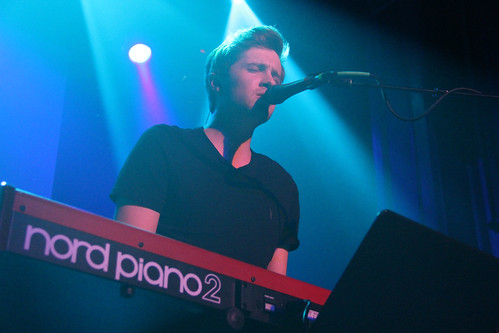 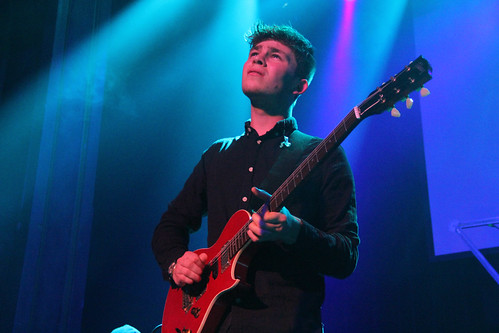 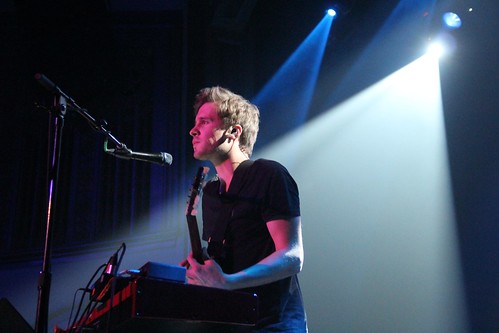 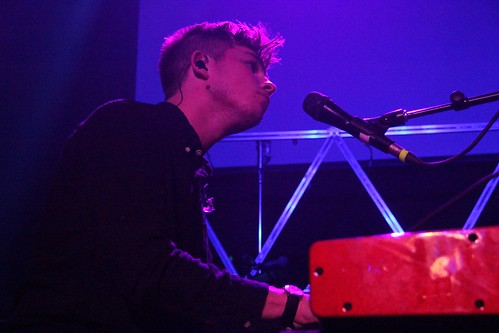 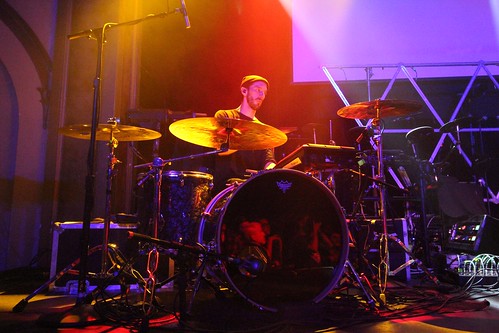 Låpsley fans don't know how good they have it. With about 20 songs total released to the public, the 20 year-old singer brings her fans decades of electronic music history, all boiled down to the what is essential to feed and empower her incredible voice. Her home on XL couldn't be more fitting. Here, she walks the fine line between pop and electronic minimalism, giving listeners a skeletal soundtrack to their most fragile moments. There's a vulnerability here that isn't often captured in radio-ready singles like hers. It's rare to find a singer who can walk that line between accessible and introspective so well, let alone a 20 year-old who can cover "This Woman's Work" with all the conviction of a woman with twice her experience. And yet, Låpsley does it like she was born with it, and with every new tune, it only seems to get better. If Long Way Home is her 19 (if you will), then 21 and 25 are going to be something else - that is for damn sure.

Though some fans in the room had the divine pleasure of seeing Holly at Chop Suey earlier this year, seven months have brought some welcome updates to her live show and setlist. In the Neptune theater, a haunting light setup allowed her most vulnerable numbers to feel lonely, as the band melted out of focus in stark backing light and Holly became a silhouette. This worked particularly well for songs like "Painter" and "Falling Short", where the use of silence and space is almost as important as the instrumentation. But as textures built, the band would come back into the picture, filling out the space in between with warmth and energy. A lot of effort was put into this kind of push and pull in the set presentation, and it really paid off. Where it had led the setlist at Chop Suey, "Hurt Me" b-side "Burn" felt much more at home in the middle of the setlist, giving sharp contrast to the surrounding, more subdued numbers. Here, the Neptune got to feel Long Way Home for all the power it really shows off.

By the time Låpsley got to the encore of "Operator" (now with a hilariously good remix from DJ Koze), she held the room on a string. Watching the power she held over the room was quite inspirational considering the beneficiary of tonight's Little Big Show action, Youth in Focus. Giving young people the opportunity to see the world in a new and vibrant way is so powerful. You never know when you're going to get a prodigy in the making, who gets to share that perspective with fans around the world. Thanks to Låpsley and the Little Big Show, we got a taste of that kind of opportunity tonight. 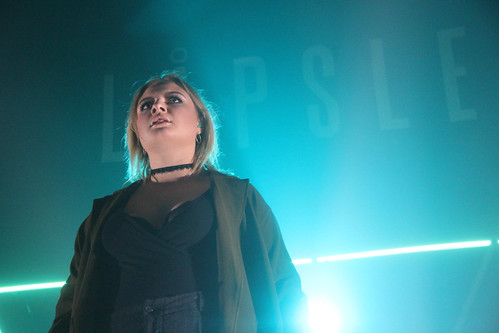 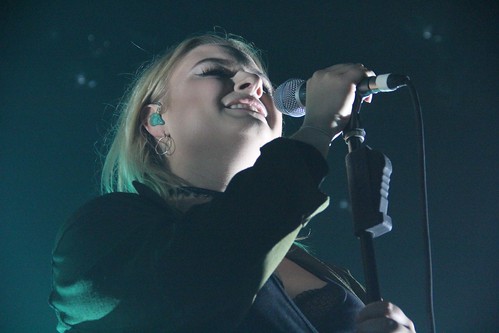 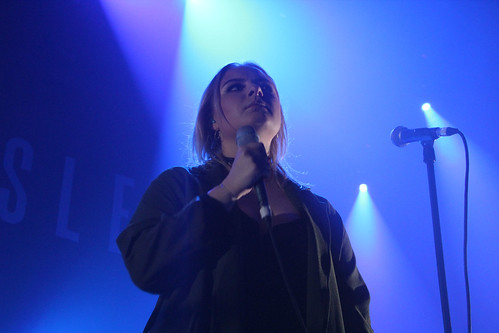 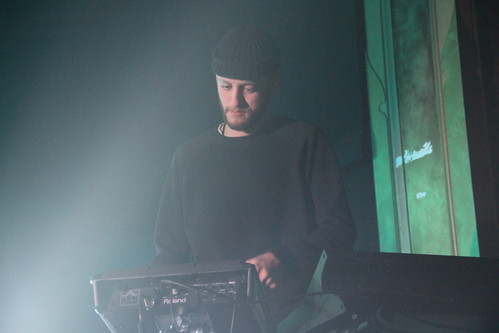 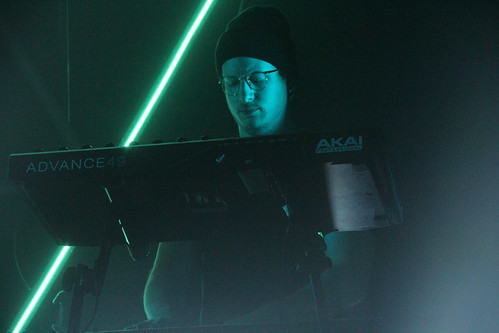 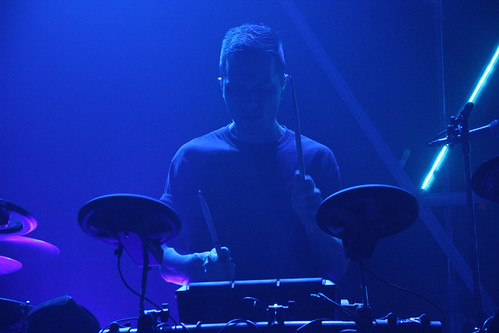 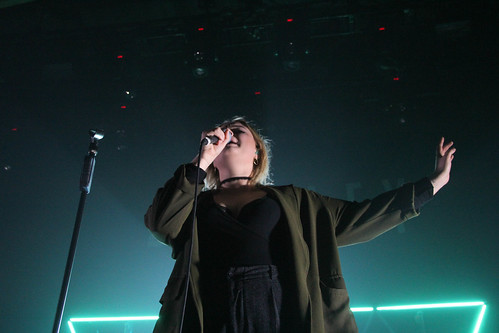 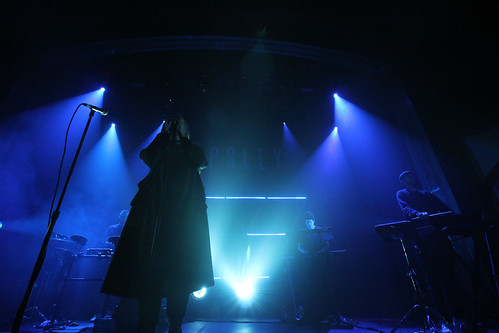 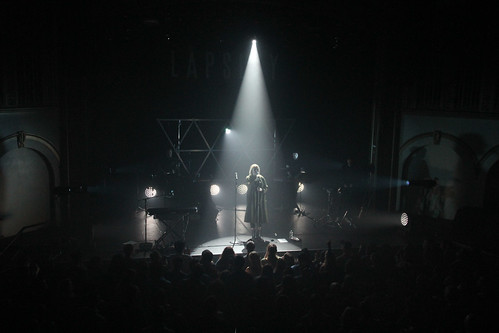 Long Way Home is out now on XL Recordings. Please check out the Youth in Focus website to find out more about this great organization and how you can help. 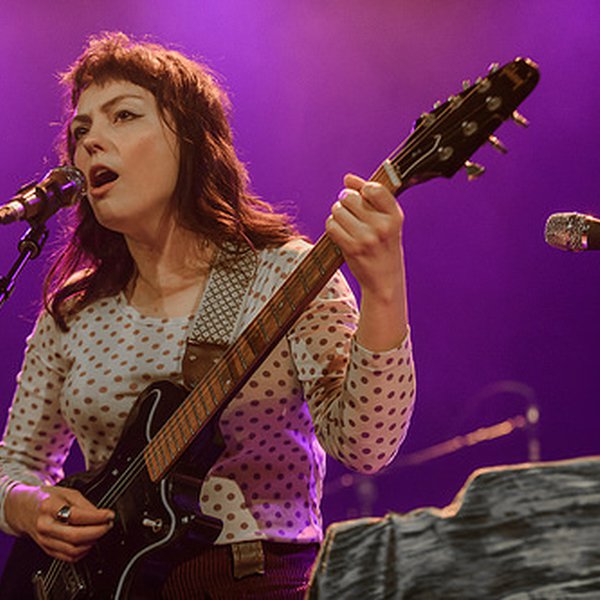 Every Little Big Show can't help themselves but get better and better each sold out night, which gives the Mitski, Kadhja Bonet, and Mal Devisa Little Big Show #18 coming up next on April 8 a great head start. What is equally great is the partnership between Starbucks, STG, and KEXP to make these... 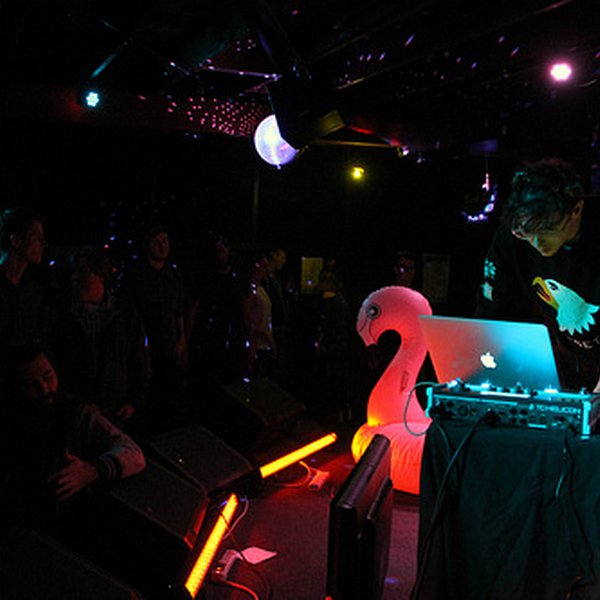 Aside from the table topped with laptops, controllers, and a mixer, there was only one thing adorning the Sunset stage on Monday night, and that was a giant blow-up swan pool float (you can cop your own for a cool $25 over at Amazon). As experimental pop singer Kitty burned through her forty minu... 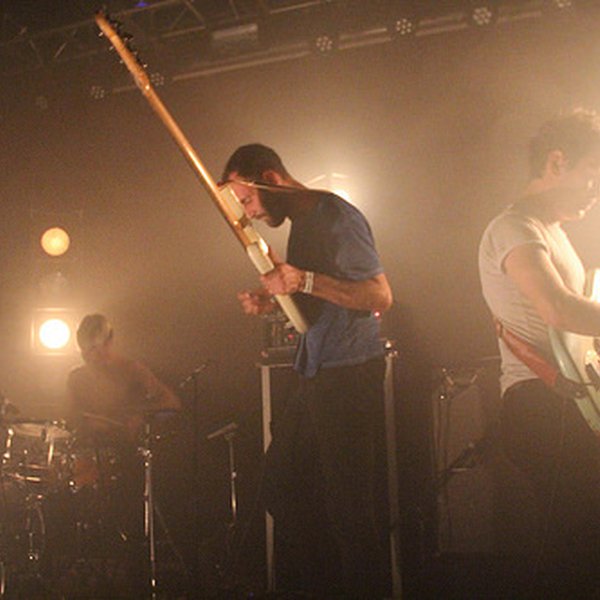 It's hard enough to make money nowadays as a musician, let alone when you have to ditch all momentum you've gained thus far and start again. But watching the bands the make the cut and bottle lightning a second time is like watching a boxer come off a loss stronger than ever. It's not just good -... 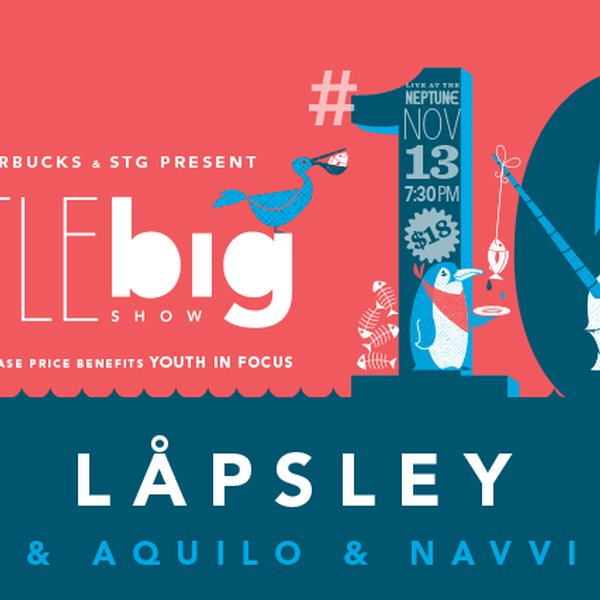