KEXP at the OFF Festival in Katowice, Poland, Day 2

For the last 48 hours, I've been quite startled by ghosts of my childhood creeping into my consciousness as I start to understand my birth language, and subtly align myself to social cues in Katowice. I'm again reminded how powerful that first coat of paint is on the psyche, and I think about my kids. My mastery of the language and culture is that of a child. I'm told by many here that its weird to have a grown man sound like a child, a developmentally disabled child no less. But it's getting better fast.

The country has changed so much, especially since joining the EU over ten years ago. Culturally and artistically, it's going through a renaissance that has caught the world's notice, with its various major cities creating hubs that allow the new generation, which is unhinged from much of the historical baggage, to create vibrant expressions of who they are.

After a long day of travel, we arrived in Katowice, Poland in the morning. Jarek Szubrycht, our Festival Contact, met us at the airport, and after a quick stop at the hotel, we started checking out the locations of our in studios. Katowice is a relatively young city from a Polish perspective, only 150 years old. It incorporated around the coal fields discovered in the Silesian area, and developed housing to support the miners and workers supporting them.

This offers us a range of interesting locations. Our first stop is an unused Porcelain Factory, which is being transformed into a mixed-use facility for artists and startups. The weathered walls, empty factory floors, and fractured windows offer a huge expanse of depth to capture the energy of the bands coming through.Our second location is a jazz/rock venue in an old Communist-era cultural building. It’s called Klub Fantom, and it represents a new kitschy nostalgia for '70s style Socialist furniture personified in the ubiquitous multi-purpose wall called “Meblo Scanka” wall of furniture. This is the furniture I grew up with when I was living here, so it’s hilarious to me to see it “hipsterfied”. The stage is a wallpapered cargo container.

Our final location will be in the oldest part of this city, Nikisowiec, the housing district for the miners. There are three-story red brick compounds with lovely grass-covered plazas and a heartwarming rose motif throughout. This area offered the workers housing, schools, clinics, and stores.

We finished the evening at a traditional Polish restaurant in Nikisowiec where the Festival Director Artur Rojek hosted us with a classic miners meal of barley and sausage soup, dumplings, spiced meat, sauerkraut, and a delicious local microbrew wheat beer. Vodka shots ended the night. I was verklempt in memories at the first taste.

After 24 hours here, I’m awash in ancient memories that speak to me in a language that I understand more each hour. I feel a bit like I’m slowly coming out of a cultural coma. Things are coming into focus, but I’ve been asleep for decades, so it’s unfamiliar in both temporal and spatial ways. The adventure is within and without.

Jarek Szubrycht and Magdalena Jensen of the Off Festival crew are awesome and are going out of their way to offer us the best of the city. Our volunteer, Zuzanna Siwicka from Warsaw, found out that we would be in Katowice and went through the KEXP volunteer page to sign up to help us at the Festival. We live in magical times!

Musically, we all have been blown away by the talent that we've seen and heard here in just 48 hours.

The local duo Coals came in first to our location at Klub Fantom in the town of Bytom. The duo made up of Katarzyna Kowalczyk on vocals/guitar, and Łukasz Rozmysłowski on guitar and electronics met on the internet. They live in the towns of Gliwice & Lędziny in Silesia and are very proud of being from that region of Poland. Their sound and vibe is both delicate and haunting with a sophistication that belies their young age.

Warsaw-based garage rockers The Stubs followed up with a proper cleansing set of low rent rock that got the room into a groove for the day to come. Stubs members Tomek (guitar,voc) Radosław (drums) and Łukasz (bass) sonically kicked the ass out of any doubt anyone had whether a Warsaw band can't rock out! That anyone, of course, was me. Solid guitar work, crystal clear and heavy drum sound, and a driving anchor on bass made everyone happy.

We changed location for the last band to the heart of Katowice and the oldest part of town, Nikisowiec.

The ethno-punk band Hańba! from Krakow set up to play in between to apartment blocks on a torn up street that could be a set from a Hollywood period piece. It was an amazing visual. Hańba!, which is a Polish word one yells out to whom one thinks is acting disgraceful, play a particular type of folk that combines street music styles from the interwar years in Poland but with a punk attitude. The lyrics are taken from Polish poets of the same time and speak of the confusion and apprehension the Poles were feeling stuck with two of the worst neighbors of the 20th century. Adding to this beautiful and heartbreaking performance is the knowledge that many musicians in the major cities of Poland at the time were Jewish, and that both Jewish and Gentile musicians collaborated together to created this sound as Polish music not tied to ethnicity. The Nazis made sure that distinction was made, and began pruning, wiping out a people and a musical culture.

Hańba! is keeping this culture alive, thankfully, but with a punk edge which makes it unforgettable. 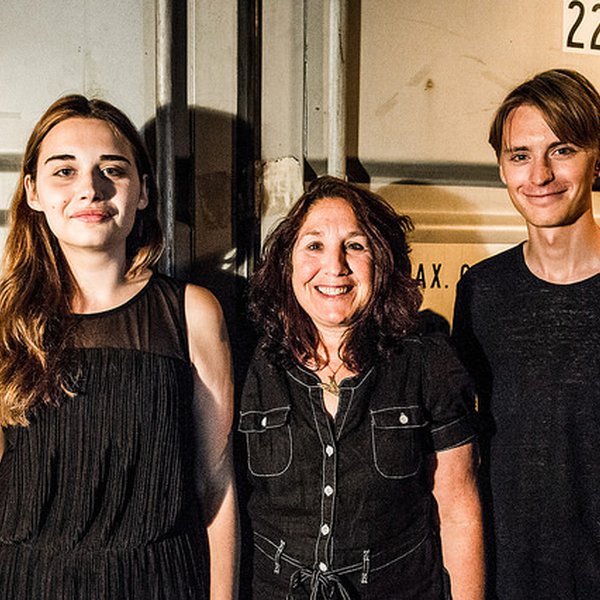 Song of the Day: Coals - Weightless