Graphic Nature: The Sidekicks - Runners In The Nerved World 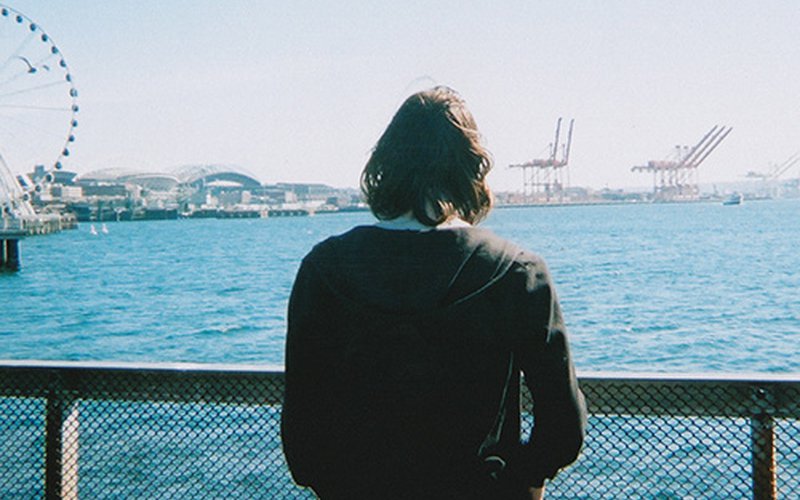 Like dusting off a box of childhood memories found in the parent's attic, there is something inherently warm and nostalgic embedded within The Sidekicks' 2015 release Runners in the Nerved World.  With the amiable music bleeding into the vintage visual aesthetics of the cover art, KEXP caught up with guitarist/vocalist Steve Ciolek to discuss the backstory and inspirations behind its optical opulence.

An etching of effortlessly blended elements of alt punk with undeniable pop smarts, Runners sees the band evolve both artistically and harmoniously from their previous offerings. With a strong link to Seattle, the band made a conscious decision to use a snap shot from their time spent in the emerald city as the visible overlay for their new offering.

"I took the photo in 2012," Steve notes. "We were touring on our record Awkward Breeds and had just arrived on the coast the day the photo was taken. I started taking a lot of pictures with disposable cameras around then, just trying to document my travels. I don't really have a photography background but I like the look of disposable prints and also the limitations it presents. It forces you to be more selective of what you choose to capture, making it a little more special."With our fine city on clear display within the cover arts hazy imagery, Steve clears the air by explaining,  “we recorded Runners in Seattle, so I suppose one narrative that could be inferred by the cover art is this: 'wide eyed band visits obvious tourist location in Seattle, staging introspective album cover shot of the city in which the recordings took place.' Although this is certainly not a meaning that is 'wrong', it is a story that is not backed in truth. I suppose this interview demystifies that narrative, however."

Reflecting back on the specifics of the photo, Steve remembers, “I bought the camera at Walgreens on Capitol Hill in Seattle and we walked from there down to Pike Place Market and the pier that overlooks the Puget Sound. Ryan Starinsky who plays bass in The Sidekicks was tagging 'Safe Passages', something he routinely tagged at the time, on a wooden railing with a sharpie. I had just gotten the camera so naturally I was taking a lot of photos. It didn't strike me as a particularly 'album cover' worthy at the time, but over time I came to appreciate the moment.”

Bleary and contemplative, the cover photo showcases a less is more quality, excelling in the ideology that simplicity and clarity lead to good design. “I knew I wanted the cover art to be some sort of photograph, and as I looked through my prints from disposable cameras over the last few years the one of Ryan on the pier seemed fitting,” explains Steve. “The photo probably sat in a drawer in my room until two years later, after we had recorded the album. In a way it was given meaning by being assigned the purpose of rock album cover art. Our friend Jeff Rosenstock helped put the art together for us, and one especially cool thing he did was have me scan the small print of the photo at a super high resolution. I think that captured what was cool about the print without sacrificing clarity. The plan was to mess with the colors a bunch, and make it a little more psychedelic, but any effects just seemed to take away from what was cool about the picture, it's elemental nature. In hindsight, this mirrored our approach to making Runners In The Nerved World, as we set out to make something more experimental and weird, but in the end what was most compelling about the recordings, to us, were the elemental parts of the songs. This is something I would attribute to Phil Ek, who produced the record. The feel of the music was influenced by a lot of recording from the 70's, including an album called I Am The Cosmos by Chris Bell. I converged upon a similar aesthetic for our album art.”

Deciphering the meaning behind the Polaroid and its close link Runner’s musical themes, Steve notes, “I think, in a very obvious cheesy way, the photo represents a person who seems introspective. It is meant to represent a traveller, not necessarily somebody in a band (although in Ryan's case he is) and somebody who is trying to find movement in their life. Runners in the Nerved World is about simulating movement, whether that be through physical means (traveling) or sometimes chemical means (altering ones mind in the same way moving does), and the inertia driving all of this 'movement'. The album itself comes from a place of introspection, deconstructing the inertia present post-'growing up', where one is left to wonder where to run to, how to simulate movement in one's life, and 'how do we not get lost'."

The soundtrack to both physical and mental journeys one should embark upon in life, Runners in the Nerved World is a caffeinated and catchy jolt to the system. With a well known, easy to sort out location and an album of classic tracks, this album is well on the way to becoming Seattle’s own version of Abbey Road.

To keep an eye out for shows or stay in touch with the group, like them on Facebook. Pick up your very own copy of Runners in the Nerved World here and make sure to check out the groups set from the KEXP studio below: 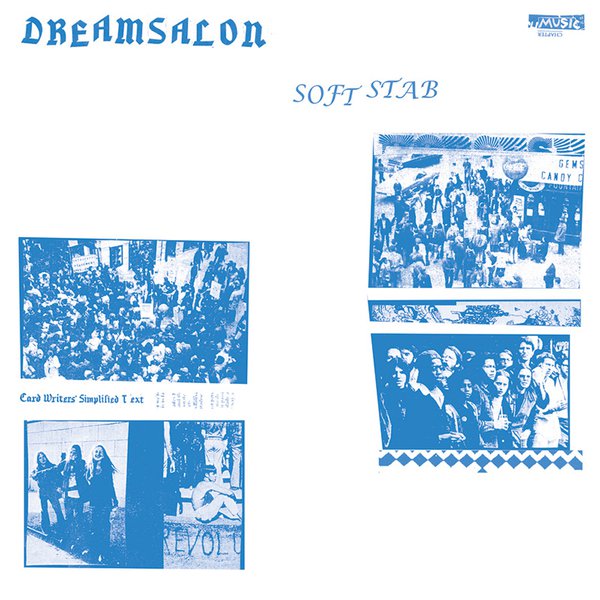 Spaced out indie psych at its finest, Dreamsalon’s Soft Stab is another piercing offering from the misty shores of the Pacific Northwest. Consisting of members Min Yee, Craig Chambers and Matthew Ford, the Seattle band crafts original and honest songs stewed in complex chord progressions, melodic...