KEXP at Iceland Airwaves, Day 1: Markús and the Diversion Sessions

Second on the KEXP Broadcast live from Kex Hostel at Iceland Airwaves Music Festival was Icelandic folk-rock band Markús and the Diversion Sessions. Frontman Markús Bjarnason formed the band in 2011 after the breakup of his previous band, Skátar, for which he was the singer and keyboardist. A huge departure for the raukus rock & roll sound of his previous project, M&TDS has a poppy, nostalgic, upbeat folk-rock feel. Their first EP Now I Know was released shortly after the band’s formation, and with only a couple singles released since then, Markús has finally released his long-awaited debut full-length record The Truth, The Love, The Life on October 30th of this year.

Abuzz with excitement after East of My Youth, the crowd at Kex eagerly awaited the start of the next set. Nine band members packed into the small stage area, including a brass section, an extra singer, and even a saw player. The set opened with "Decent Times," a folky song that harkens back to old-fashioned country. The repeated, chorused lines punctuating the end of each verse definitely cement the reference. Next was "Thirteenth Floor," a more somber, downtempo number. Horns swell to lead the way for Markús' clear voice, and though the country influence still holds true, there's something a bit pop punk about the nearly-shouty group chorus.Next Markús introduced his new album's title track "The Truth, The Love, The Life." "Do you know what that is?" he joked. This was an audience participation song, and the crowd was asked to clap and "weeeee" along with the chorus, with singers chanting "we are the nights who say 'we'" even without the request for audience participation, this song is definitely a sing-along, and even the band felt like they were joyously singing with their friends in a car, instead of performing on a stage.

"Very Lightly" is a cover of a song by one of Markús' former bands, Campfire Backtracks. The first live performance of this very quiet song began with a shush of the bar's large crowd. The beginning of the song had a bit of a nasal, Elliott Smith quality, with tightly harmonized choruses pleading "What are we to do?" Following "Very Lightly" was "Slow Boat." Opening with a somber choir of horns, building to the band's drop-in, this song moved into more of an indie folk-rock sound, with interludes of haunting, melancholic saw.

The definitive climax of the show was the closing song "Picture a Painting," which explodes into a big, upbeat guitar sound accented by 60's-style organ, giving it a little bit of Zombies-esque flavor. 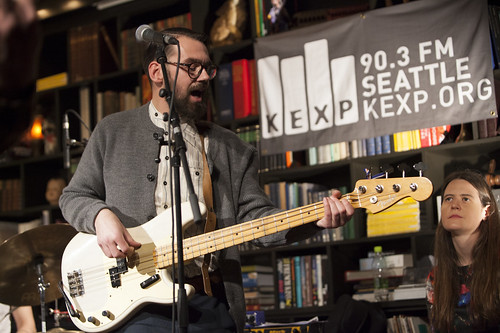 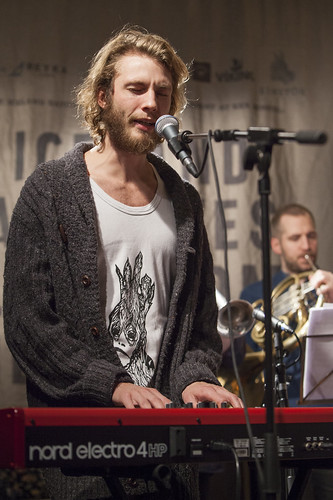 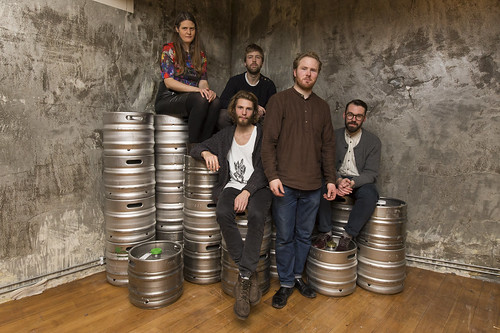 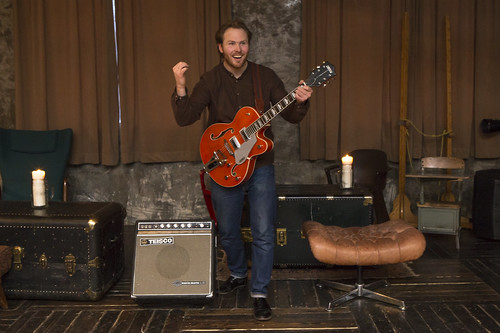 Next on KEXP live from Kex Hostel at Iceland Airwaves Music Festival was the first non-Icelandic band of this year's broadcast. Operators is the new synth-pop project from Canadian musician Dan Boeckner (Wolf Parade/Divine Fits/Handsome Furs). A ray of sun after the bright but melancholy cloud of D… Opening this year’s live broadcast from Kex Hostel at Iceland Airwaves Music Festival is Icelandic experimental electro-pop band East of My Youth. Formed just last year, East of My Youth created a lot of buzz with their first single “Lemonstars” at the end of last summer, and have since been on a s…