Avant-garde electronic music is probably the last thing people think of when they hear “dinner theater”, but that’s exactly what Decibel Festival attendees got if they were lucky enough to snag a spot at the sold out Optical 1 showcase. After fine dining courtesy of the famed Wild Ginger kitchen, audience members at The Triple Door were treated to sets featuring some of the best cutting-edge electronic artists from around the world. The seated theater setting suited the more serious vibe of the night’s performers well by adding gravity to every note, and like a good play, applause was saved only for the end. When cheers finally did reign down for each performer, the theater’s excitement and apprecation was palpable.

I’ll confess that from the small speakers that pumped stage sound into the glassed-off theater press seats, it was difficult to appreciate the full scale of the evening’s sonic landscapes. That said, Berlin born Alexander Lewis, real name Guy Alexander Brewer, had no trouble captivating audience and press alike with his free-form noise constructions. Brewer is also the man behind Shifted, who played the previous night’s MOTOR showcase. If Shifted is Brewer’s dirtying of dance music for experimental purposes, then Alexander Lewis is Brewer’s assault on soundscapes all together. Where more mainstreams forms such as chillwave take “found sounds” and arrange them into impossibly poppy symphonies, Alexander Lewis takes organic elements and lets them run free. Sometimes the results are breathtakingly beautiful, and other times they’re frustratingly dissonant. Either way, the results feel real, visceral, and important.Alexander Lewis: 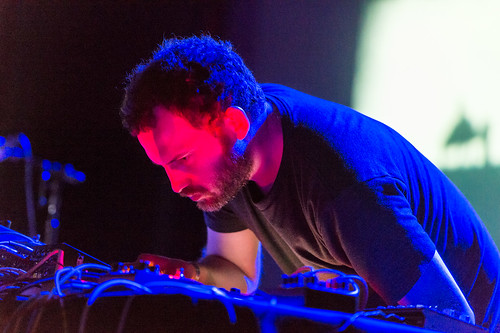 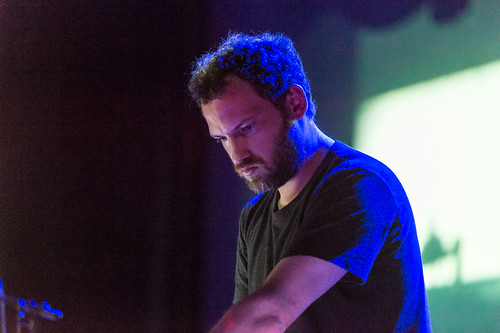 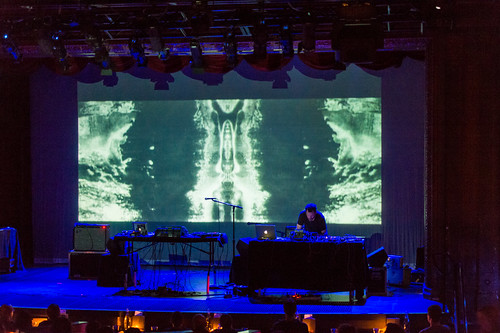 Point one that sticks out during Dasha Rush’s set is the Moscow native’s use of spoken word. Point two is her ability utilize placement, whether it be with panning or EQ, in order to craft a foreground, background, and perspective within her music. Both impressions amount to the fact that Rush is exploring mediums beyond normal musical confines. Her set is visual, not because of the background graphics that played out on the projector behind her, but because her music, like a fine writer, creates images in the listener’s imagination that can feel more real than photographs. Towards the end, Rush repeated the refrain, “No tax, no insurance, no passport, no driver, no credit card, no work permit” and so on. Political implications aside, it’s fair to say that a world without restriction is Rush’s music reigns supreme. 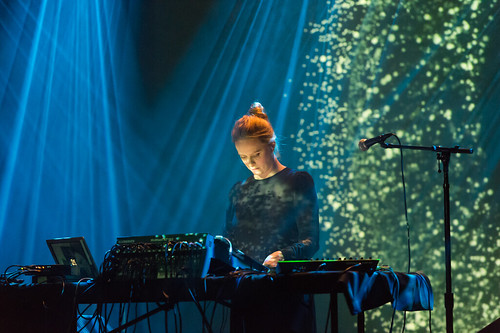 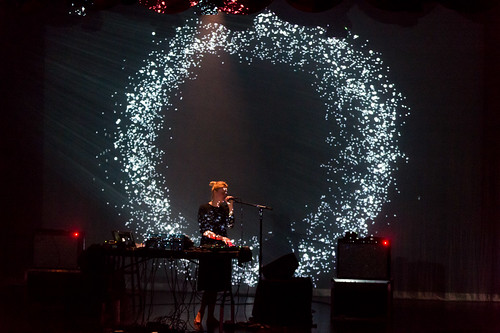 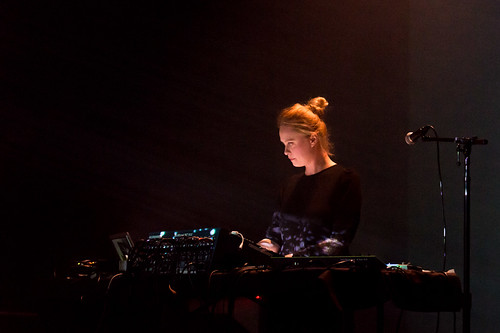 Tim Hecker may not use as many live instruments as some of his Decibel Festival counterparts, but his performance was easily the most orchestral of any I saw at the festival. No other artist got a sound as rich, full, or expansive, as the Montreal based artist, and his predisposition for weaving between dissonance and melody belonged as much in the tradition of Debussy and Ravel as Oneohtrix Point Never and Teebs. Between jazz influenced flute samples, and ethereal, reverb-drenched cello, you get the sense that Hecker may list composer before producer in his job title. When exploring the darker, more experimental branches of Decibel, there’s plenty of work to get you to think, but above all Hecker succeeds in getting you to feel, and for that he separates himself from the pack. 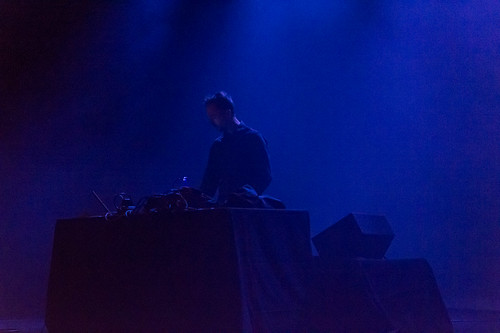 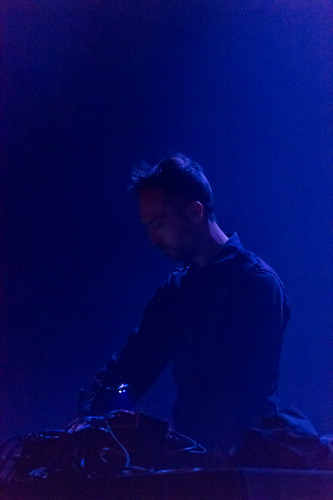 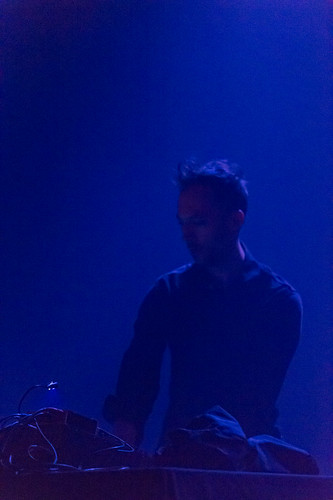 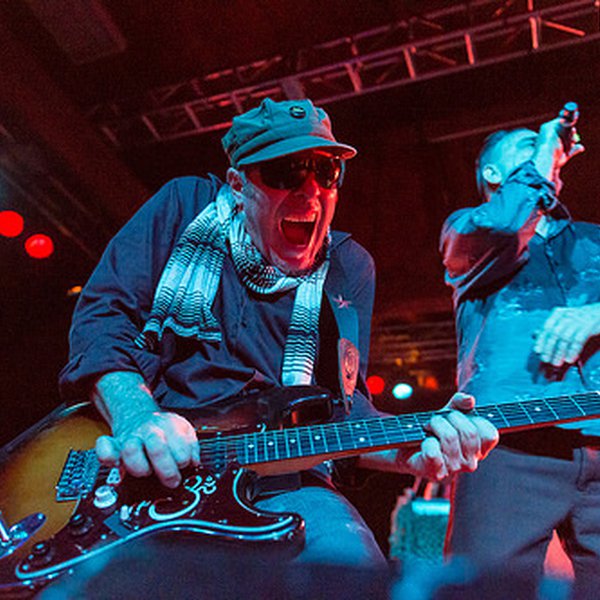 With a festival as genre specific as Decibel, it might be easy to assume that once you’ve seen a few shows, you’ve seen them all. But it stands as a testament to both the influence of electronic music and the diversity of Decibel’s showcases that from night to night the variety can feel endless. ... 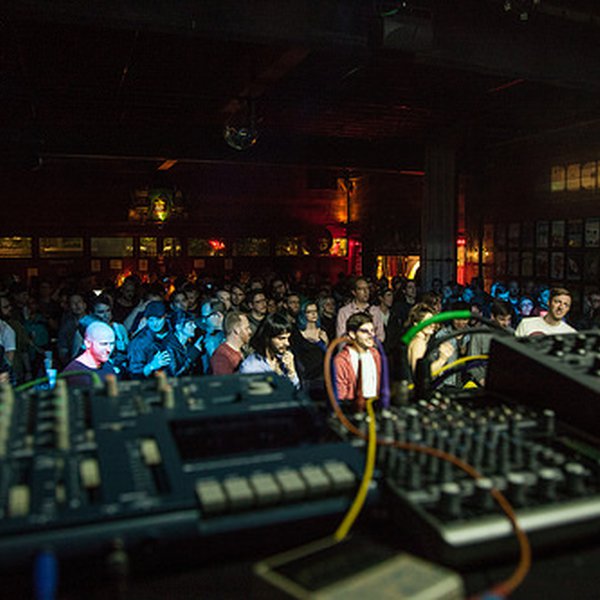 Excuse the bad pun, but the MOTOR showcase on Friday night of Decibel Festival is where the rubber hit the road. From Pharmakon’s primal yells to Shifted’s asymmetrical time signatures, the noise and industrial leanings of the evening’s artists were not for the faint of heart. Show attendees had ...