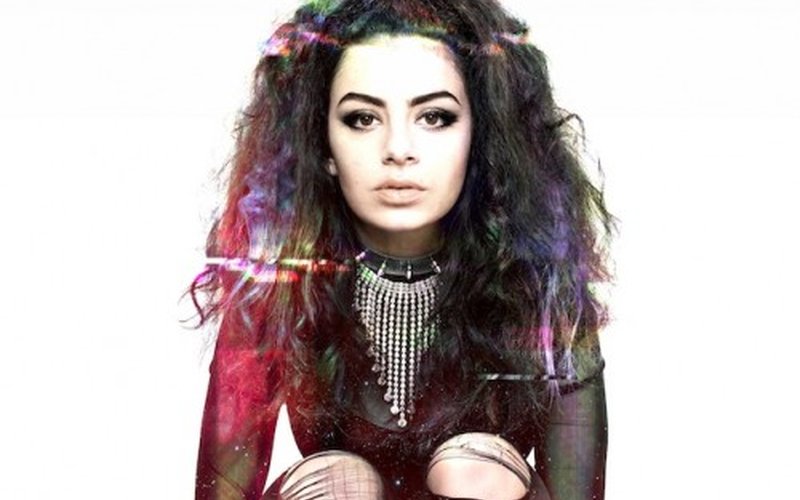 Whether you like it or not, the tide is turning for the indie scene. Back at the beginning of 2013, Grimes wrote a brilliant piece on her Tumblr, documenting her favorite tunes of 2012, which included "Gangnam Style", "Call Me Maybe", and a tune or two by Taylor Swift and Lana del Rey. She's also, time and time again, quoted Mariah Carey as the ultimate inspiration for her work as Grimes. With Grimes, we saw the dawn of a new era of indie music, not stylistically alone, but in mindset. In the post Internet world, it's literally just as easy to discover Justin Timberlake as it is to discover Cabaret Voltaire, and it's just as easy to watch Toddlers in Tiaras as it is to watch Twin Peaks. In nearing its point of saturation, indie pop is reaching new levels of postmodernism. Historical context is moot, and there is no respect for genre, separation, or influence. Grimace if you must, but this is the future.

British pop singer Charli XCX may be the best poster child we have for this brave new movement. As quick to claim her love of Britney Spears and Coldplay as she is to swear by Brooke Candy, Bjork, and Robyn, the 20 year-old goth-pop star carries on her shoulders a new wave of British pop, founded in massive pop songwriting and mutated with help from some of the best in up and coming hip-hop and electronic producers. True Romance is probably too sugary for you, but that's because you aren't getting the full contextual picture. True Romance is an exercise in excess that shows us what the kids are capable of nowadays. It's also destined to be one of the best pop records of the year.

Charlotte Aitchison has been making bedroom rave tunes since she was 14. Her first couple works never made it too far past Myspace for the public, but thanks to a couple connections and some good timing, her potential was recognized for the years to come. In 2011, we saw the two excellent singles "Stay Away" and "Nuclear Seasons". The next June, "You're The One" dropped, coinciding with the release of Charli's first mixtape, Heartbreaks & Earthquakes. Heartbreaks marked Aitchison's first step in proving her worth up and beyond commercial pop stardom. We see some interesting names on the mixtape tracks with sampled production, namely Canadian producer and video game designer Blood Diamonds, the ever elusive Jai Paul, and Blood Orange. Also smattering the mixtape are movie references to edgy classics like Cruel Intentions, Kill Bill, and American Beauty. Charli followed this mixtape up with Super Ultra, which featured tons more great production and samples ("Cloud Aura" was produced by rising Boston producer J£ZUS MILLION), human Internet meme incarnation Brooke Candy (famously featured in the Grimes video for "Genesis"), and plenty more pop culture references, including the 90's film True Romance and a Justin Bieber interview. Charli's mixtapes play like a Tumblr page, going this way and that with little to no connection in between, but somehow, a glitchy thread runs continuous through every piece and Aitchison's persona as the post Internet pop icon is believable. It's a strange and unique idea that technology and the state of the Internet hadn't allowed for before now, but with time comes new opportunity, and Charli is taking full advantage of it.

With her debut LP True Romance (also named after the aforementioned Tarantino written film), Charli gives us the best of her recent work with some fresh new surprises. She saved perhaps her best track for 2013: the Gold Panda sampling "You (Ha Ha Ha)". Drawing from Lucky Shiner track "You", Charli builds a massive pop tune out of the fragile glitchy skeleton that lives and breathes on its own on the album. In addition, the video that accompanies is one of the best examples of Charli's odd but wonderful character: Tarantino with the machine guns and warehouse, but then all 90's pop princess with the glitter, the buffalo platforms, and the backup dancers. Also saved for the LP was "What I Like", another J£ZUS MILLION produced track, boasting a bright hip-hop beat and a teenage love song about horror and gore films and being on "some husband and wife shit".

After the glow of the production list (all of the above plus Phines West, Ariel Rechtshaid, and more) and the gloss of the pop sugar wears off, True Romance is a pop album, and nothing is going to change that. It's the debut record from a 20 year-old girl who loves being 20 years old, and loves being in love, and loves talking about what she likes - not too much there in the profound department. But with True Romance, Aitchison and her team are making a statement about the current state of indie and commercial pop as a collective. Other than limiting your distribution, holding onto wax, and playing house shows for the hell of it, much of the original spirit of indie rock and pop has been lost somewhere between the bedroom recording setup and Spotify. But with this new wave of young songwriters, the DIY ways of old have taken to the Internet and aren't afraid to throw at the proverbial wall whatever will stick (some don't even care if does). Charli XCX is a major label pop star with her start like the rest of us: a Myspace page with enough songs to call a record and enough of a following to keep the artist interested in venturing deeper into the artistic woods. Now, Aitchison sees the full rendition of those childhood dreams in the form of a fantastic pop record. Perhaps the True Romance on the record isn't romantic love at all, but the content naivety to love everything without questioning what is cool or what is in or what deserves credit by the standards of the critics. Just like a Tumblr page or a blog, the modern state of music is to take everything with a grain of salt and an open mind.

True Romance is out now on CD and digital. Charli XCX will be touring the states shortly in support of Marina & the Diamonds (Seattle listeners, take note that Charli will not be supporting Marina on May 2, as she will still be in Europe opening for Ellie Goulding), then playing a handful of headlining shows on the east coast. See a full list of shows here. 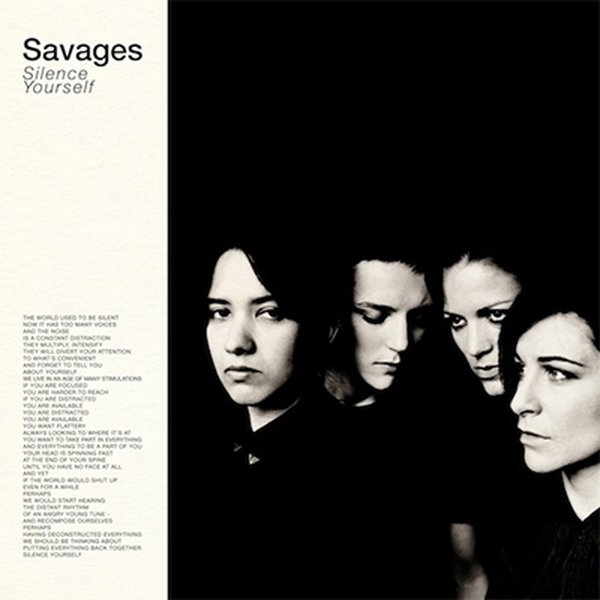 There is a short monologue printed on the front cover of the Savages debut LP Silence Yourself. It serves as both a synopsis for the record and a conceptual becoming. You can read it below: 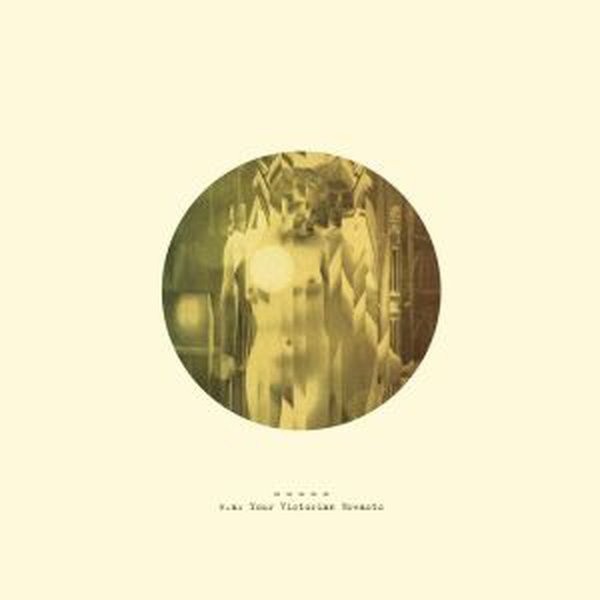