London post-punk band Savages made an explosive entrance onto the American scene last year at CMJ (and then this year at SXSW) and have quickly become one of the most anticipated new acts of year. And after witnessing them live for the first time on Seattle soil, all this writer can say is this: not one word of the hype as been exaggerated. Savages is the band to witness this year. Savages' debut LP, Silence Yourself, doesn't come out until May 7, but through a relentless 50 minute set, the band introduced us their record without remorse. Not one falter of tone and not one note out of place, Savages made a perfect entrance into our hearts and blew away all prior expectations. Together with UK experimental electronic act No Bra, Savages could not have had a better first gig in Seattle, and if you weren't there, you can move this to the top of your list for biggest regrets of 2013.

In terms of intention, No Bra isn't nearly as mysterious as Savages - Susanne Oberbeck lays a pretty straightforward agenda out on the table from the beginning. Setting up her laptop and stripping down to just a pair of unbuttoned cutoff denim shorts, she pulls the audience down to a circle of hell where your intentions are laid bare in front of all and human depravity is laid out on display like a gaping wound. Disorienting electronic beats guide her prose as she occasionally rearranges her waist-length, stringy hair to speak into the microphone as clearly as possible. Her macabre tales are as honest as they come: conversation with a comedian on a subway, a dating story, and a humorous statement on societal one-upping. But the stark naked reality of her stories' characters is shocking and offsetting, as they should be. No Bra reminds the listener that naivety is a choice and much of the time, social grace is another form of turning a blind eye to politically correct wrongdoing. Altogether, Savages could not have picked a better message to open the evening. 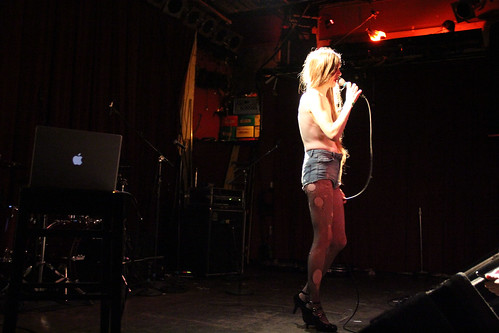 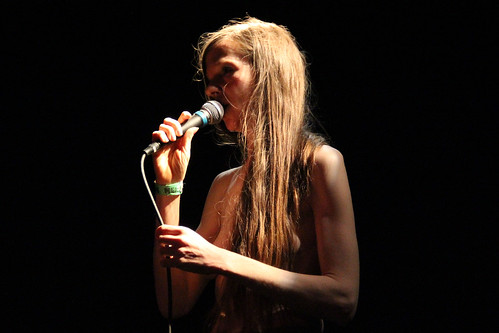 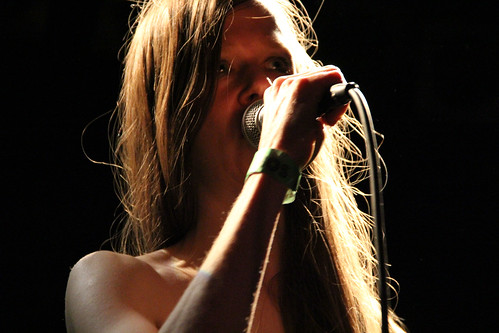 Savages have a short message on their website requesting that audiences silence their phones at their shows. This may seem like a bit of an odd request, coming from a band that pummels their audiences with torrential post-punk madness to the point where you wouldn't hear a fire truck siren whirring down the street outside. But going along with the band's general mantra and the theme of their upcoming debut record Silence Yourself, the message makes perfect sense. Shows nowadays, you look around, and half the audience is watching the performance through their phone camera, so used to the overstimulation of post-Internet "always plugged in" life that the thought of looking away from the glowing screen for more than a few minutes at a time seems like hell. Silence. Silence is a concept that the western world has little concept of nowadays. But as Savages has tried to persuade their audience through a brief message, silence is where everything turns off and you are free to shed the jaded exoskeleton of excess, and it is also where those things that are not silent tear through the air the loudest. The photographer next to me in the front row offered me ear plugs as the lights went down and cheers erupted. Smiling at the symbolism, I politely declined.

As Savages enters the stage, silence exits stage right as guitarist Gemma Thompson rips out a blistering guitar hook as the band dives headlong into "I Am Here". Instantly, the crowd is mesmerized. One cell phone is out in the audience, compared to the hundred or two hundred you'd see at any other show. But with the clock ticking, there's too much to lose to check email you won't respond to or text messages that don't matter in the long run, because Savages is tearing the roof off and its only their first tune. Jehnny Beth takes front and center, quietly removing her shoes and proceeding to stare at the back of the room like it had a death wish. As she growls out each word, she jerks and twitches and dances erratically from side to side. It's impossible not to love her every breath, but also equally impossible not to have the slightest hint of fear in the back of your mind watching her move. Bassist Ayse Hassan barely looks up or even opens her eyes during the whole show, busy meandering across her fret board pounding out some of the deadliest bass lines heard in recent years. And finally, in the shadow behind the far-too-bright lights shining down on the three members in the foreground, drummer Fay Milton moves at incomprehensible speed across her drum kit, bludgeoning it into oblivion and driving forward a bloodlust for which words don't suffice. Savages play like they've played thousands of shows. It's literally unbelievable that they haven't even put out a debut LP. But if its not Faustian bargain or the angry ghost of Ian Curtis, then there's only one explanation: Savages is worth all the hype they've gotten thus far and so much more.

I could write a thousand words on every song and not explain how marvelous they were. The unparalleled bass and guitar dance of "Shut Up", the bloodied mute cymbal crash of "She Will", and Beth's whispering insanity on "Husbands" - I'm giving myself goosebumps just thinking about it. But the entirety of Savages' introduction to our fair city can be summed up in this: halfway through their set, the band finally takes a short breather. Beth and Milton grab a drink of water, and the crowd whispers to themselves in complete awe. One lone shout comes from the back of Neumos, muffled by crowd noise in front of it: "Welcome to Seattle!" Beth glances up from her drink and peers back with those wide, piercing eyes. "What?" she says quietly. Again, the excited onlooking repeats his greeting, this time with a bit of trembling in his voice. "Welcome to Seattle", he says. Then, out of the corner of Beth's mouth, there is the slightest hint of a smile. "Welcome to Savages." 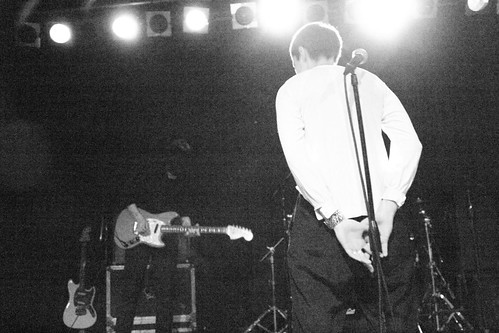 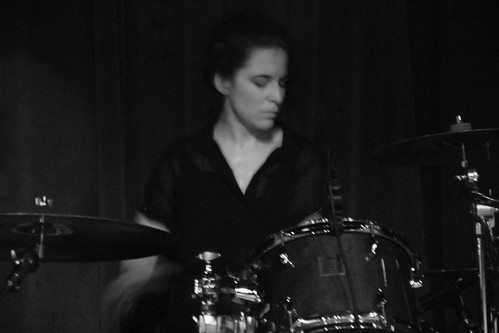 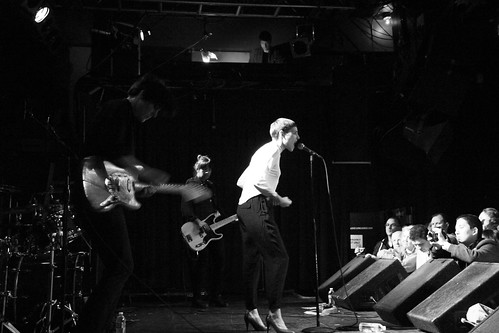 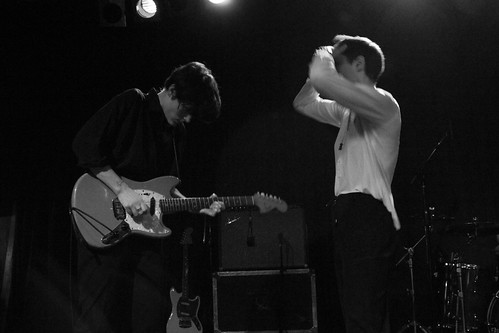 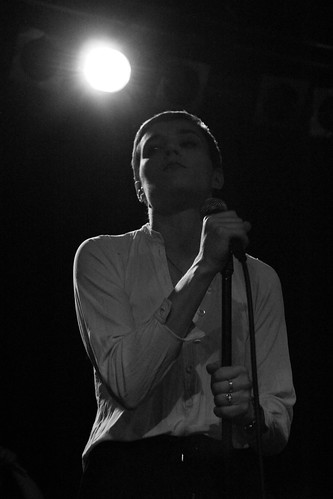 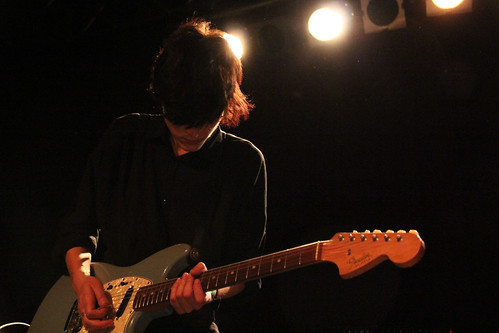 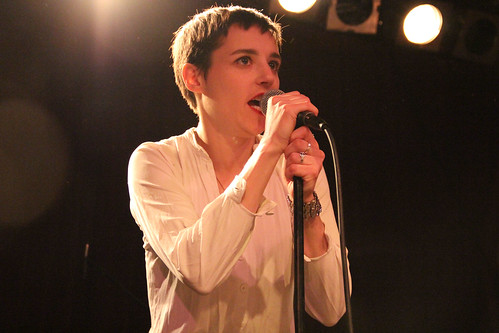 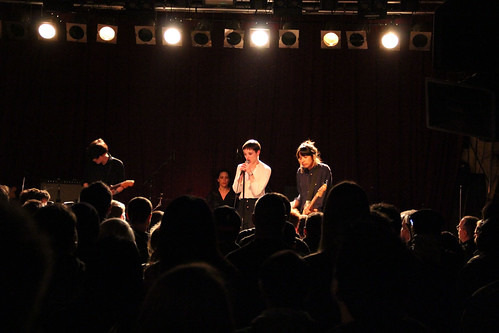 Silence Yourself is out May 7 on Matador in the US. Pre-order it on clear vinyl and CD at the Matador website. 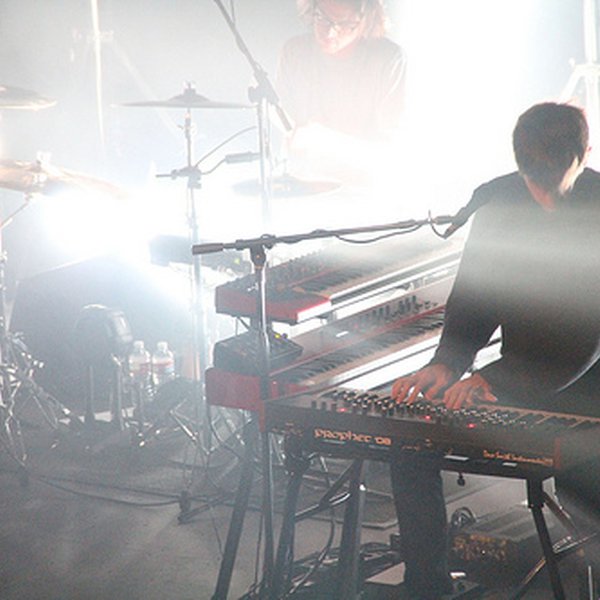 After playing an excellent lunchtime set live on KEXP, British dub pioneer James Blake moved down to the Neptune for a sold out gig in support of new record Overgrown. Fans were lined up more than an hour before the show and the place packed out quickly once doors were open, and all for good reason… 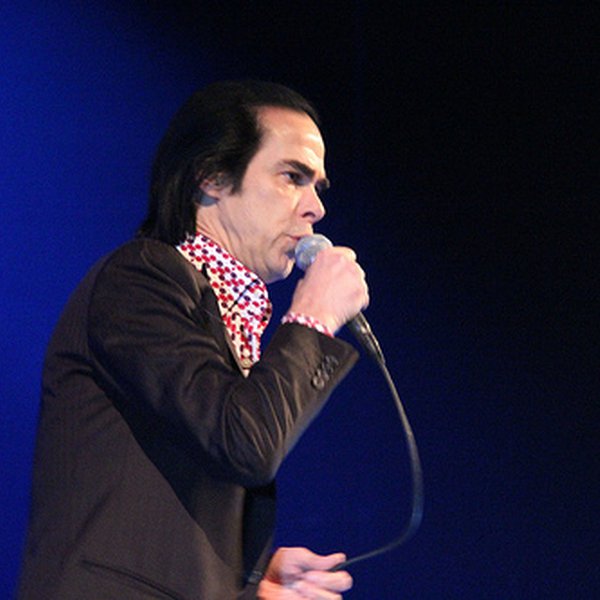 Sunday night, rock pioneer Nick Cave returned to Seattle in support of the excellent new Nick Cave & The Bad Seeds record Push The Sky Away. Unsurprisingly, Cave played an insurmountable show in grandiose fashion. Mixing the best of Push with a dozen or more classics, Cave and his band brought …