To reiterate from previous years, I'm not a DJ, but one of the secret elves in the Programming Department. Here's what I loved and listened to in 2013:

yo la tengo // fade [matador]Auspiciously enough, 2013 brought the 13th full-length album from my most favorite band in the world, Yo La Tengo, and, of course, it's exquisite. The opening track "Ohm" is indeed a meditative nearly-seven-minute ramble, like The Beatles song "It's All Too Much," where it just blissfully goes on and on, with all three band members singing in harmony about "resisting the flow." It always makes me think of this passage by author Haruki Murakami from his book, The Wind-Up Bird Chronicle:

Words to live by, and music to live by. Fade is easily the strongest album of the year, for me.dump // the silent treatment [grapefruit record club]Speaking of Yo La Tengo, band member James McNew has a solo project called Dump that re-emerged from semi-retirement this year. Not only did James quietly release this vinyl-only full-length of new songs (well, kinda new; he wrote them ages ago), but he also re-issued his 1993 debut album Superpowerless and the 1995 album I Can Hear Music. I'd like to call 2013 the "Year of Dump," but I'm also not-so-secretly hoping for even more in 2014!

my bloody valentine // mbv [self-released]And talk about a stealth release -- My Bloody Valentine have been saying for two decades that they were going to release a follow-up to their iconic 1991 release Loveless. When they finally did, I was one of those who stayed up until midnight on the release day, and I laid in bed in the darkness, streaming the songs on my iPhone. I felt just as blissed-out and swoony as I did as a pre-teen, listening to Loveless on cassette in my Walkman, laying in bed in the dark. So, for aurally achieving time travel, My Bloody Valentine make my list.

the pastels // slow summits [domino]Okay, I'm detecting a trend here -- I'm getting old, and all my favorite albums this year came from bands who put out new albums after 20 years, like this release from Scottish indiepop icons The Pastels. Dammit, I don't care -- this album is perfection!

ducktails // the flower lane [domino]Ducktails is the side project of Matt Mondanile, also of the band Real Estate who had my number one album of 2011, backed by the guys in the band Big Troubles, who made the number eight spot that same year. Much like both those bands, this is dreamy, swoony soft rock sweetness. The dude even covers the song "Planet Phrom" by Dunedin, New Zealand musician Peter Gutteridge, sounding like the second-coming of Dean Wareham's Luna, especially when he sings about "making love to his alien wife." It's like this album was crafted to make my "Best of 2013" list.

polvo // siberia [merge]I will admit: at first listen, I dismissed this release from Polvo. "The guitars don't sound seasick enough," I pouted, longing for the shitty pawn-shop out-of-tune sound the band achieved on their '90s Merge releases. But y'know what? Just because they have nicer guitars now, it doesn't mean their songwriting isn't just as strong as those early lo-fi gems. I was wrong; this is awesome.

william tyler // impossible truth [merge]And I was wrong again: I didn't expect to like this album from William Tyler as much as I do. I've always loved his work in the band Lambchop, but that's usually when it's accompanying the extraordinary voice and lyrics of their frontman Kurt Wagner. And Impossible Truth is all instrumental. Hmmm... But turns out, Tyler is such an incredible musician, he's able to tell stories with his songs, even without words. Gorgeous.

golden grrrls // s/t [slumberland]Our wonderful intern Martha nailed it when she said, "They remind me of Tiger Trap." Ohmygod, YES! This debut album from Scottish indiepop trio Golden Grrrls totally captures that exuberant '90s K Records sound that I love so dearly. (Their drummer/vocalist Eilidh Rodgers even wore a button with the iconic K shield on her sweater during their in-studio session!) I fear this album was overlooked due to their goofy band name, but pop fans really need to look this one up. Stay golden!

throwing muses // purgatory/paradise [it books]As a long-time Kristin Hersh fan, I couldn't wait for the first new Throwing Muses in ten years, and boy, they did not disappoint! Thirty-freakin'-two songs long, and it comes with a book? Hot damn! It's a fractured collection -- songs are short, and reappear in different ways throughout the album. Some songs are stark, stripped-down, and others are roaring, full-on rockers. It's disorienting, it's affecting, it's not an easy listen, and it's absolutely brilliant.

cate le bon // mug museum [wichita]I've adored Welsh pixie Cate Le Bon for a while now -- her album Cyrk just barely missed my 2012 list, and her latest, Mug Museum, is even stronger. Her unusual melodies take this psychpop somewhere very unique and bewitching. Admittedly, I haven't spent as much time with this release as I have others on this list, but I'm gonna make up for it in 2014.

Janice Headley is an Online Content Producer, Social Media Coordinator, and loud giggler in the hallways at KEXP. 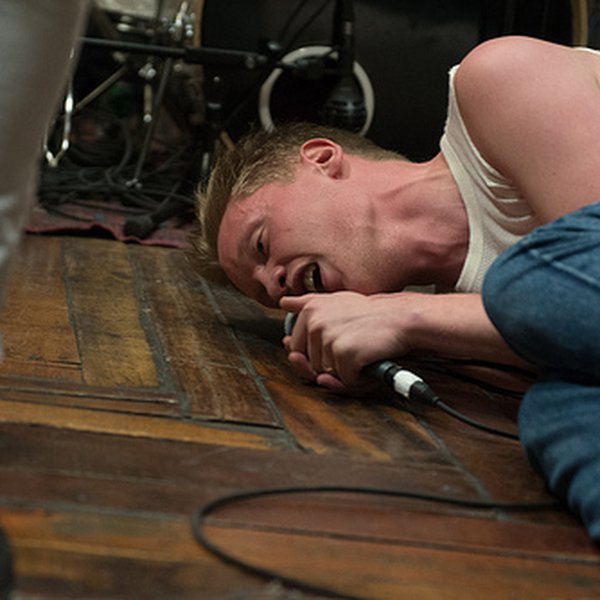 It's enough to make you curl up screaming in the fetal position – the number of amazing Icelandic releases in 2013, that is. As if 2012 wasn't already such a great year, but damn, 2013 proves there's no end to the wealth of talent on the arctic island. Since they're each so great in different way...