#1: Blomma by Minilogue on Cocoon RecordingsContinuing their exploration of what music is to Minilogue, the Swedish duo again released my favorite album of the year. As with their last album -- the revelatory Animals -- Blomma spans two discs; the first is mostly minimal and dub techno, but the second is less easily defined. And as with Animals, this second half is more open, experimental, and less consistent with the popular music forms we’re used to hearing. It mines similar territory as Loscil and Nils Frahm, but with more delicacy and patience. The most successful Blomma listener will also need patience -- at only 8 tracks over nearly 2.5 hours (shortest: 8:52; longest: 45:25), it’s a larger time investment than most of us make with music these days. The fact this incredible album resulted from improvisations is stunning.Recommended: entire album front-to-back

#2: Run The Jewels by Run The Jewels on Fool's Gold RecordsAs Run The Jewels, El-P and Killer Mike made the album I listened to most during the first half of the year, which is saying something -- it came out on June 26th, as a free download. El and Mike flow so well together over my favorite El-Producto beats of his career that guest appearances by hiphop legends Prince Paul and Big Boi almost get in the way. “Sea Legs” would be my favorite song of the year if not for “Song For Zula,” and “Twin Hype Back” is right up there if not for an uncomfortable revival of Prince Paul’s Chest Rockwell character. Receives especially high spins in the car during windows-down sunny times.Highlights: “Sea Legs”, “Twin Hype Back”, “Banana Clipper”, “Get It”, “Run The Jewels”#3: We Are by Van Stee, self-releasedGreat indie-power-pop-rock. The debut album from this Minneapolis band led by Charlie Van Stee is the kind of music that gets re-released years down the road after people catch-on, Van Stee blows up, and listeners go back to the beginning. We Are is both my favorite rock album and self-released album of the year.Highlights: “When The Hammer Comes”, “We Are”, “Soul I'm Breaking”, “Gone To Russia”, “String Of Lights”

#4: Regions Of Light And Sound Of God by Jim James on ATO RecordsThe My Morning Jacket frontman’s solo debut album covers a lot of ground; at various times it’s traditional, soulful, harmonious, experimental, progressive, even corny, but always earnest and honest. It speaks to me and hits close to home.Highlights: “All Is Forgiven”, “Know Til Now”, “Actress”

#5: mbv by My Bloody Valentine on mbv RecordsOne of my three favorite long-awaited follow-up albums released in 2013, mbv is the only one to make my top 10 (Event II by Deltron 3030 is narrowly #11; Tomorrow’s Harvest by Boards of Canada would probably land somewhere in my top 25). The best moments sound like a sublime blend of jet engines and heavenly angels. Nobody else lays down guitar solos and textures like Kevin Shields’s sheets of reverb and distortion.Recommended: entire album front-to-back

#7: The Waiting Room by Lusine on Ghostly InternationalFirst heard during the same fortuitous listening session as Regions Of Light And Sound Of God (see #4), The Waiting Room has been a faithful companion to me all year. It’s an album I return to regularly, and one that somehow lies sonically between Blomma (#1) and Vivid Green (#6) -- or even mbv (#5). My favorite local album of the year.Highlights: “February”, “Lucky”, “Without A Plan”, “Stratus”, “Another Tomorrow”, “Panoramic”

#8: ...Like Clockwork by Queens Of The Stone Age on Matador RecordsAnother great album from Josh Homme and company, including Dave Grohl’s return to the fold; he drums on half the songs. Decades into a successful career, Homme’s songwriting continues to evolve - while there’s plenty of confident rocking here, there are also some welcome quieter, contemplative moments absent from earlier QOTSA material.Highlights: “Smooth Sailing”, “If I Had A Tail”, “My God Is The Sun”, “...Like Clockwork”, “I Appear Missing”

#9: Chelsea Light Moving by Chelsea Light Moving on Matador RecordsSonic Youth had been such an important part of experimental-indie-punk-noise rock that when they broke up in 2011 it almost felt like an insurmountable loss. I should have been wiser: they’re all such strong musical personalities, of course they’ll continue to make music... but in what capacity? Though the high level of quality yielded by each subsequent project was somewhat surprising -- check-out Last Night On Earth by Lee Ranaldo and The Dust (band includes SY drummer Steve Shelley) and Kim Gordon’s Body/Head project -- Thurston Moore’s Chelsea Light Moving ended up being my favorite of the bunch. Their self-titled debut mines familiar territory as latter-day Sonic Youth noise-rock, but Chelsea Light Moving feels rejuvenated, looser, and much rawer than Sonic Youth had been in several albums. I wouldn’t have predicted this two years ago, but Sonic Youth breaking up might be the best thing to happen to experimental-indie-punk-noise rock since they got together 30 years ago.Highlights: “Empires Of Time”, “Alighted”, “Burroughs”, “Sleeping Where I Fall”

#10: Old by Danny Brown on Fool's Gold RecordsMuch like Blomma (see #1), Old consists of two distinct halves: Side A is comprised of tracks utilizing rapper Danny Brown’s older sound (hence the album title), whereas Side B is devoted to his more recent forward-thinking hiphop. He’s a master of both domains and seems to be able to flow his honest tales of everyday life over any beat, no matter how twisted. The avant garde stuff isn’t a gimmick though -- Brown also expertly handles straight-ahead beats; their space provides his best vehicle for frank intimacy (“Lonely”, “Clean Up”, “Float On”). My darkhorse of the year, Old wasn’t on this list till relatively late in the 2013 list-making process, but going forward I’ll be keeping an eye and both ears on Danny Brown. Also keep an eye on Fool’s Gold, they know what to do with great new hiphop -- like Run The Jewels (see #2), Brown’s highly-regarded album XXX was released as a free download.Highlights: “Smokin & Drinkin”, “Lonely”, “Wonderbread”, “Float On”, “Torture”, “Red 2 Go”, “Side A (Old)”, “Kush Coma”, “Side B (Dope Song)”, “Dip”, “Clean Up”

#BONUS: early frontrunner for my favorite album of 2014:Sleepwalking Sailors by Helms Alee on Sargent House

Nate is on the air Sunday mornings from 2AM-6AM. 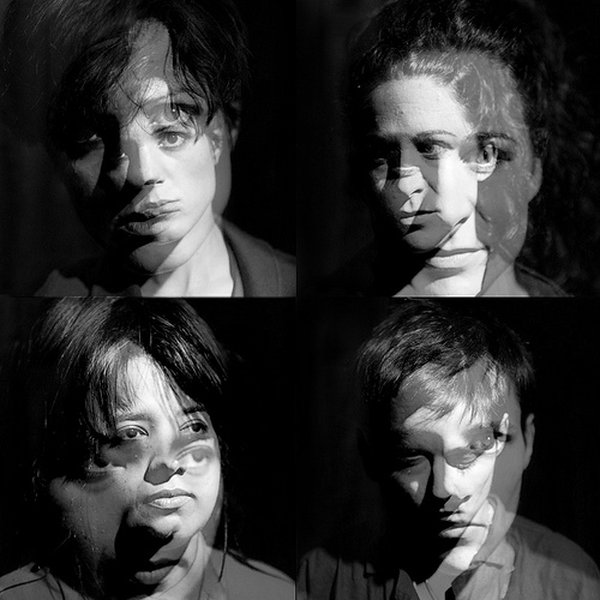 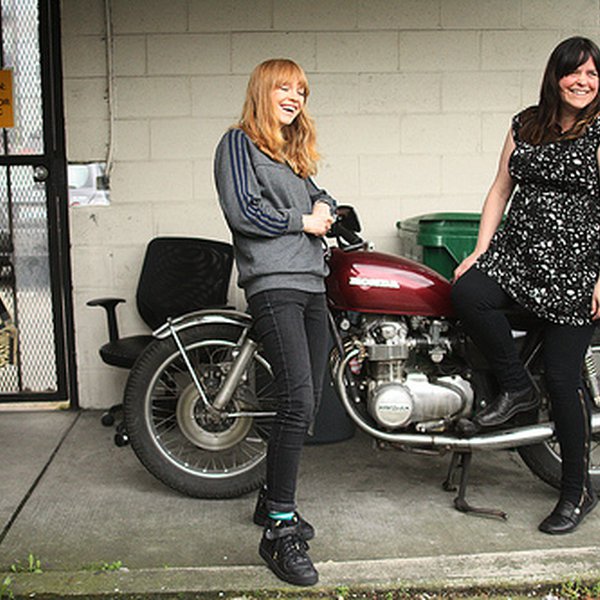