Currently in the Gallery: The Shape of Sound | Thievery 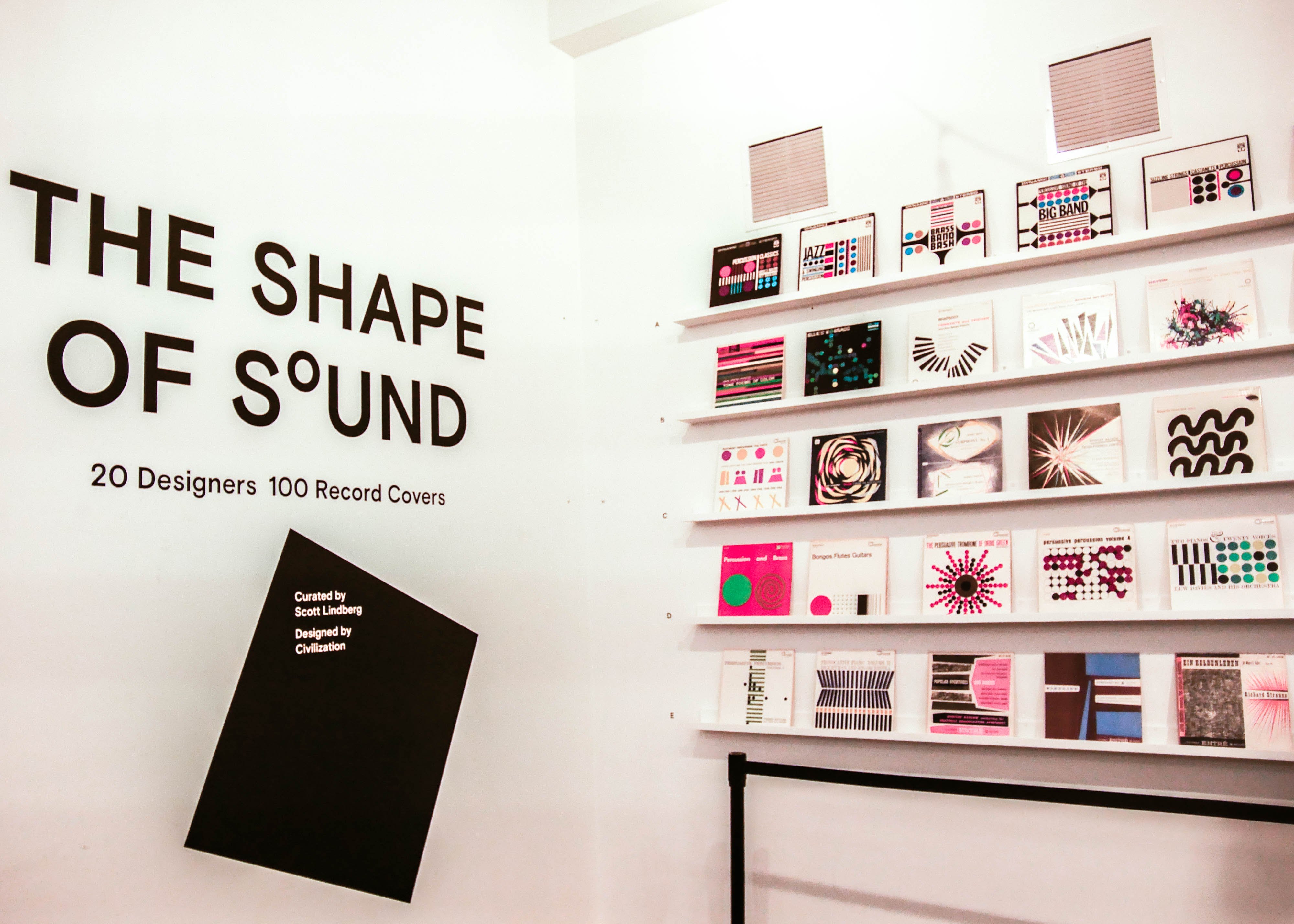 "The Shape of Sound"

On view in the KEXP Gathering Space through January 10, 2020

"The 1950s were a pivotal time for record art. The music industry was just beginning to establish rules for how the LP format could (and should) be merchandised, which left quite a bit of room for experimentation with cover graphics. Most were designed to appeal to Middle America, with a simple masthead across the top detailing the artist and title and, more often than not, a photograph of that artist to fill the space. But in some places — mainly Jazz releases, but also some Classical titles — a Modernist approach was able to seep into the lexicon.

"A few record publishers were willing to give their designers the leeway to emote the music through sleeve graphics. In the era of hard-edge painting, Abstract Expressionism, and other Modernist art movements, non-representational abstraction provided an alternate way for designers of the period to communicate the feeling of the music, and use shape to describe sound.

"The Shape of Sound is a survey of these types of works from my personal collection, gathered over the past couple decades. It is by no means a comprehensive study of abstract record sleeves, but simply provides a window of 100 examples through which we can view some of the solutions that 20 designers came up with to solve increasingly complex problems, resolving formal Modernist approaches with a need to connect with the consumer."

– Scott Lindberg, Curator of The Shape of Sound 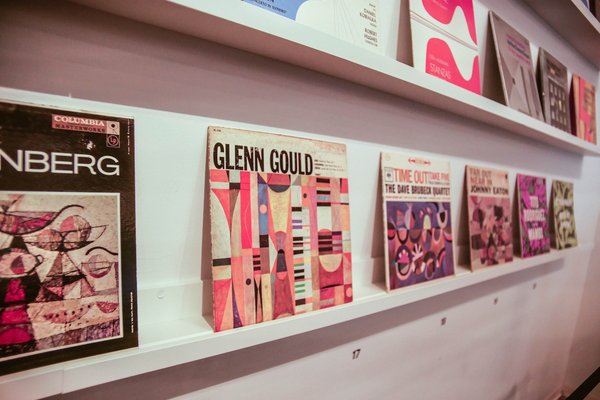 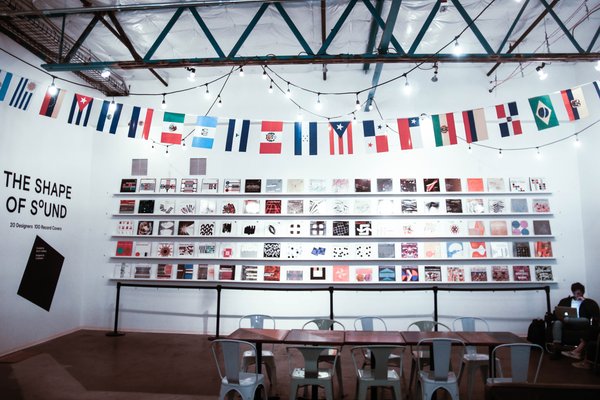 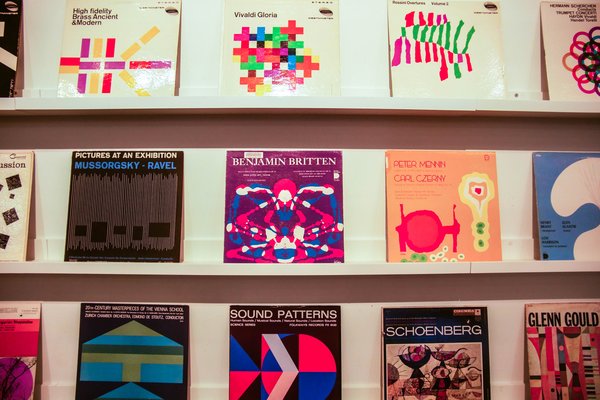 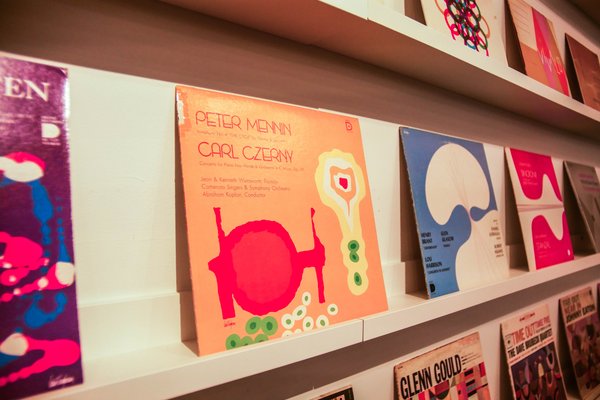 During any movie or video, vast numbers of split-second images inevitably escape viewer attention.  My current work involves capturing and curating these images via stills shot with a digital camera and translating them into captivating large-scale oil paintings.  By transforming a digital medium into original hand-painted artwork, the audience is called to slow down and notice specific moments they might have otherwise missed on their first viewing.

The series “Thievery” plays homage to the eclectic Washington DC band, Thievery Corporation, as well as the beautiful cinematography of Jim Beckman, Justin Wilmore, and Scott Holpainen. After watching a 2016 live performance of the band shot in the KEXP studio - I felt compelled to celebrate this group of musicians and the distinctive sound that they cultivate together.

As I researched this band, I began to draw connections between my methods as a visual artist and how the band creates their music. Since 1995, Thievery Corporation has specialized in melding sounds from a variety of musical traditions and disciplines to produce their unique music. Far from theft, this process allows an art form, whether musical, visual, or both to evolve into a new creation with a new identity. This is one of the reasons I find fascination in adapting video and cinema into a radically different medium, such as oil paint, as it allows a new layer of the narrative to come to life for the attentive viewer.

During his previous non-art career and life, Nick lived in a dozen countries and worked in many others during which his art awareness emerged.  Many of the cultures he encountered influence his work as an oil painter. He worked for three years in the Mark Kang-O’Higgins Atelier at Gage Academy of Art in Seattle until June 2019, developing baseline skill sets and expanding his knowledge in painting techniques and traditions.  His figurative work is often sourced from decades of his own photographs in addition to the influences of cinema and music. He currently works out of a small studio in Seattle, Washington.

HOURS: Weekdays 7AM - 6PM Weekends 8AM - 6PM KEXP is located at 472 1st Ave N, Seattle WA 98109. You will find us slightly north of downtown Seattle. We are located on the Seattle Center campus, just north of the Arena building, and a short walk from Seattle Center's iconic Space Needle. Our entrance is on 1st Avenue North between Harrison and Republican.