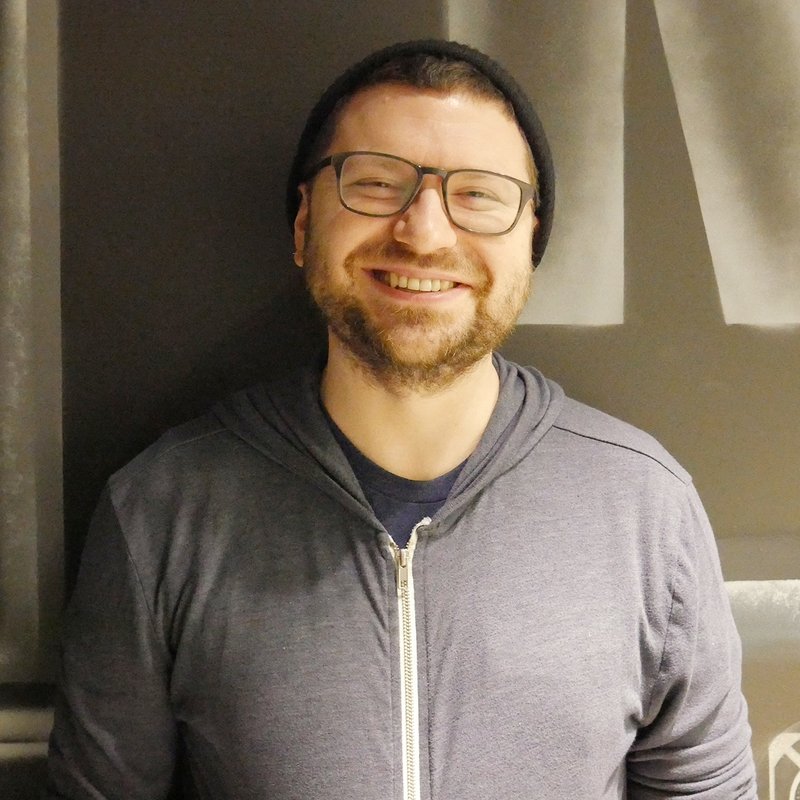 Hi! My name is Alex Ruder, simply known as DJ Alex on KEXP's airwaves. I'm a Seattle native that's been involved at KEXP since June 2005, starting out behind-the-scenes as a volunteer DJ assistant on Kevin Cole's Afternoon Show on Mondays and gradually becoming more involved in the programming department. At 1:00 AM on February 5th 2008, I stepped into the booth and behind the mic for my very first on-air shift at KEXP. First song: Ruckus Roboticus' "Here We Go." At 1:00 AM on June 21st 2009, I stepped into the booth and behind the mic for my very first official regular weekly on-air shift at KEXP hosting the Saturday morning overnight variety show. First song: Steinski's "The Payoff Mix." At 1:00 AM on June 24th 2017, after eight years of sacrificing sleep once a week to giddily share music in the late-night hours, I stepped into the booth and behind the mic for my final Saturday morning overnight variety show. First song: Blue Sky Black Death's "The Era When We Sang." Although it's bittersweet that I'm no longer hosting the Saturday morning overnight variety show, I'm still actively involved at KEXP. I'm one of the rotating DJs on the Sunday night electronic mix show Expansions alongside DJs Riz, Kid Hops, Masa, and Sharlese. I'm also the booker and producer behind the Friday night guest DJ mix show Midnight in a Perfect World. I look forward to filling-in on variety shows when possible, and I'm still hustling behind the scenes as a volunteer assistant to the music director, reviewing new releases for KEXP's library and rotation consideration. Prior to KEXP, I volunteered at Rainydawg Radio (UW's student-run online radio station) for two years. I served as the station's electronic music director and hosted two weekly shows: one electronic-focused and one of the morning variety. Outside of KEXP, I'm the founder and curator behind the independent music label Hush Hush Records, releasing under-the-radar music from new emerging acts creating emotional and introspective sounds that's free of specific genre boundaries. I've also moonlighted in the past under the alias DJ D'Nelski, spinning dancefloor tracks in clubs around town. While those days are largely behind me, you might still occasionally find me behind the decks out in public. While I've been a life-long music fan, I truly took a deep dive down the music discovery rabbit hole just before starting college, and I've had an insatiable passion for digging, sharing, and connecting sounds ever since. It's an honor to continue to share this passion through my work at KEXP.