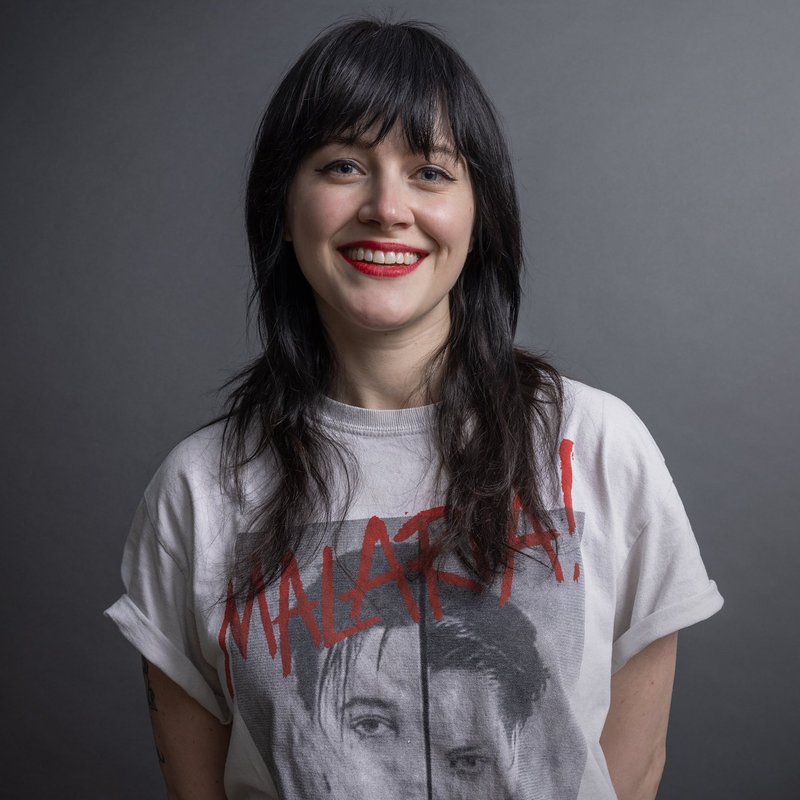 I was born in the wee town nicknamed River City, IA by The Music Man himself, Meredith Willson. Archaeological music digging became an intense hobby of mine requiring late night hours watching music videos on MTV, scouring the internet for deep cuts of New Order, and mispronouncing Bjork's name at CD store located in the Surf Ballroom where Buddy Holly played his last show on Earth.

Eventually, I escaped from the cornfields of Iowa and settled in the promised land of Prince (Minneapolis) where I graduated from the University of Minnesota-Twin Cities in Theatre and Psychology. In 2010, I walked to the top floor of the theatre building at the U of M and unearthed the college radio station, Radio K (KUOM). The Drums were loading in for an in-studio session and they needed someone to interview them, so I quickly volunteered and never looked back.

At Radio K, I hosted the morning show, local show, and also served as Music Director. I also helped out at venues including First Avenue (cue "Purple Rain"), booked shows, and haven written for various music publications. In 2011, I briefly ran away to the Glasgow School of Art in Scotland and delved into the music scene where I interviewed new Scottish bands for Radio K, wrote for The Pop Cop, and went to shows almost every night. During my final semester of university, I began hustling marketing and press for many beloved artists that I grew up listening to at Saddle Creek Records.

Then one day in August 2015, I visited Seattle and was magically offered a house to live in and a job at Sonic Boom Records. The universe seemed to be beckoning me to the West, so I packed up my car and moved a month later. I immediately started volunteering at KEXP: DJ assisting John in the Morning on Mondays and interning with the Business Support and Underwriting Department. Then on October 12th, 2016, I began my dream job hosting my very own show on KEXP every Wednesday! (It is LITERALLY my favorite day of the week) I am so lucky to share my passion for music with listeners who have become my family and friends.