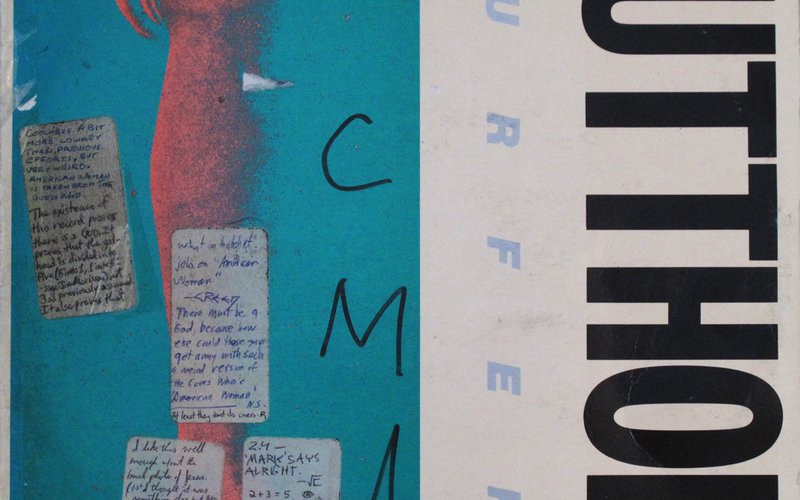 Ahhh, Butthole Surfers. Yet another band I really should have listened to in high school, but never spent much time with. They checked a lot of boxes for me — Touch and Go Records, loud and transgressive, they played the first Lollapalooza tour* (which I did not attend but looked longingly at newspaper ads for), and singer Gibby Haynes sang on one of my favorite Ministry songs. Maybe they were just a bit too intimidating, with their scandalous name and their utter lack of concern for propriety? Maybe, as much as I craved to upset my parents just the right amount, I didn't want to be caught with an album that said BUTTHOLE in big letters on the cover? Who could say. Fortunately, you don't come here for my expertise in anything, and the DJs at KCMU were definitely paying attention. The commentary gets pretty weird pretty quick here, but I guess that's to be expected.

*Side note: does there exist a more 1991 graphic than this poster?

"Coolness. A bit more lowkey than previous efforts, but very weird. American Woman is taken from the Guess Who."

"The existence of this record proves there is a God. It proves that the godhead is divided into five (5 into 1, 1 into 5 -sage Jim Morrison) not 3 as previously assumed. It also proves that" [Proves that what??? We may never know; if the comment continued on another label here, it was no longer attached to the record when I documented it. It could be this particular DJ just got distracted while looking for a second label and never finished telling us all what this record also proves.]

"What a hatchet job on 'American Woman.'"

"There must be a God, becuase how else could these guys get away with such a weird version of the Guess Who's 'American Woman.'"

"At least they don't do covers."

"I like this well enough w/out the back photo of Jesus. (1st I thought it was something else but then Mark set me straight.)"

"It's very different though."

"What the hell was that for?" 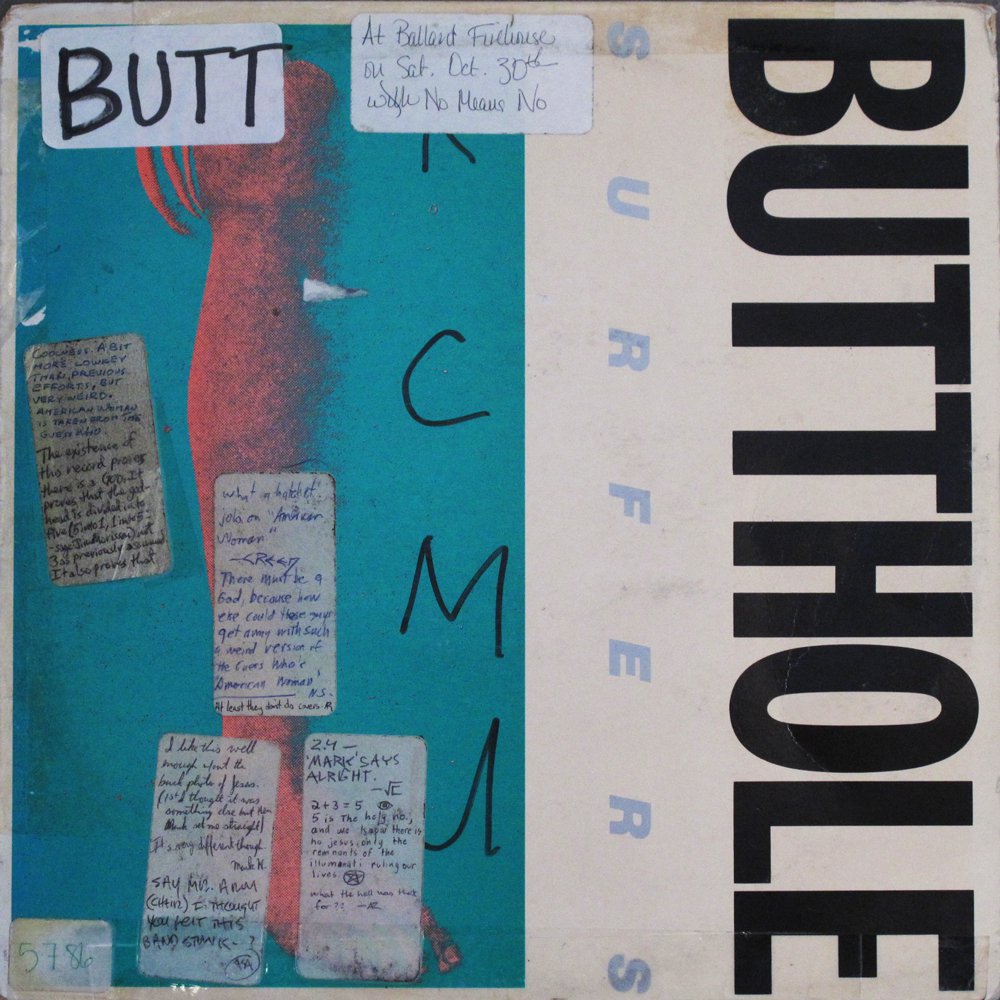 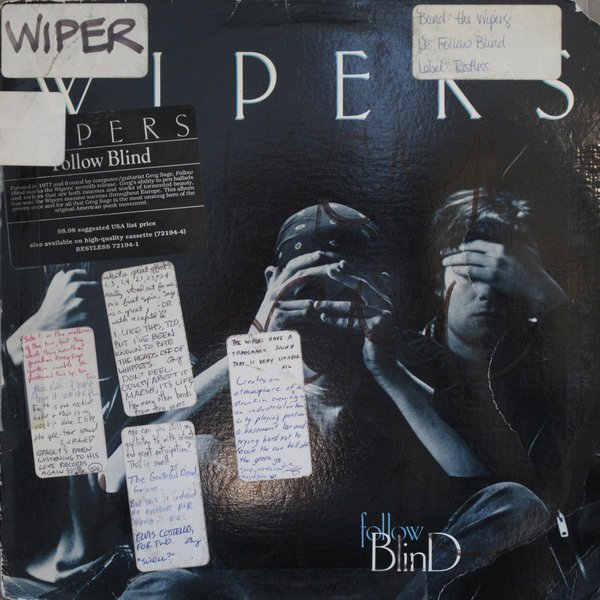 This week's Review Revue spotlights the Wipers album album Follow Blind. See what KCMU DJs thought back in the day. 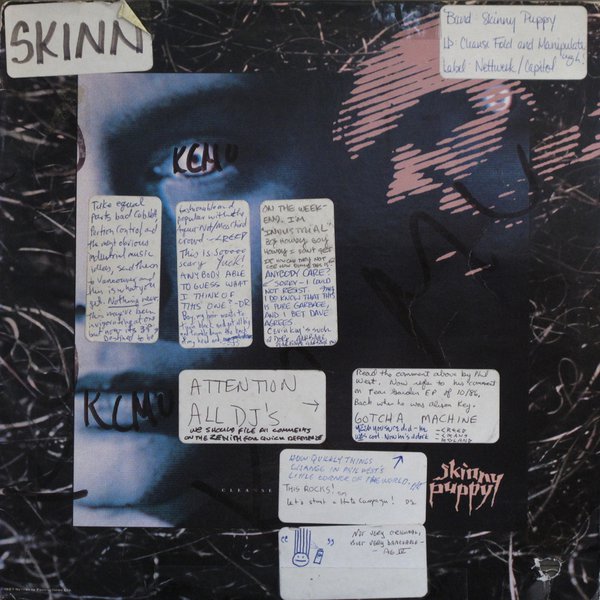 This week's Review Revue spotlights the Skinny Puppy album Cleanse Fold and Manipulate. See what KCMU DJs thought back in the day. 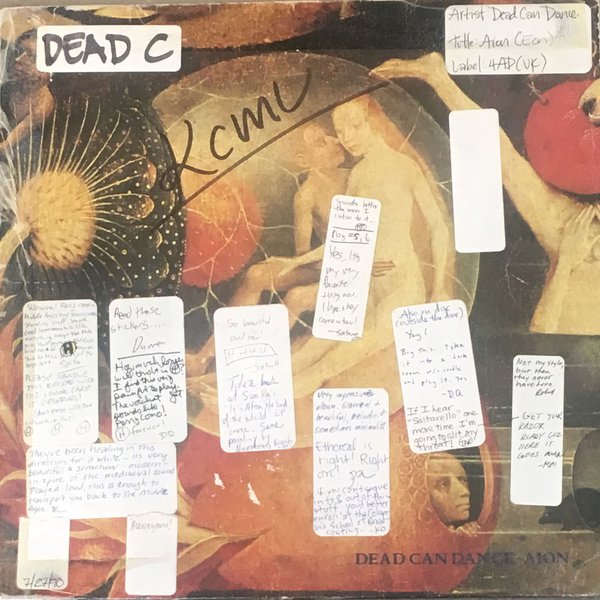 In anticipation of World Goth Day, this week's Review Revue spotlights the Dead Can Dance album Aion. See what KCMU DJs thought back in the day.