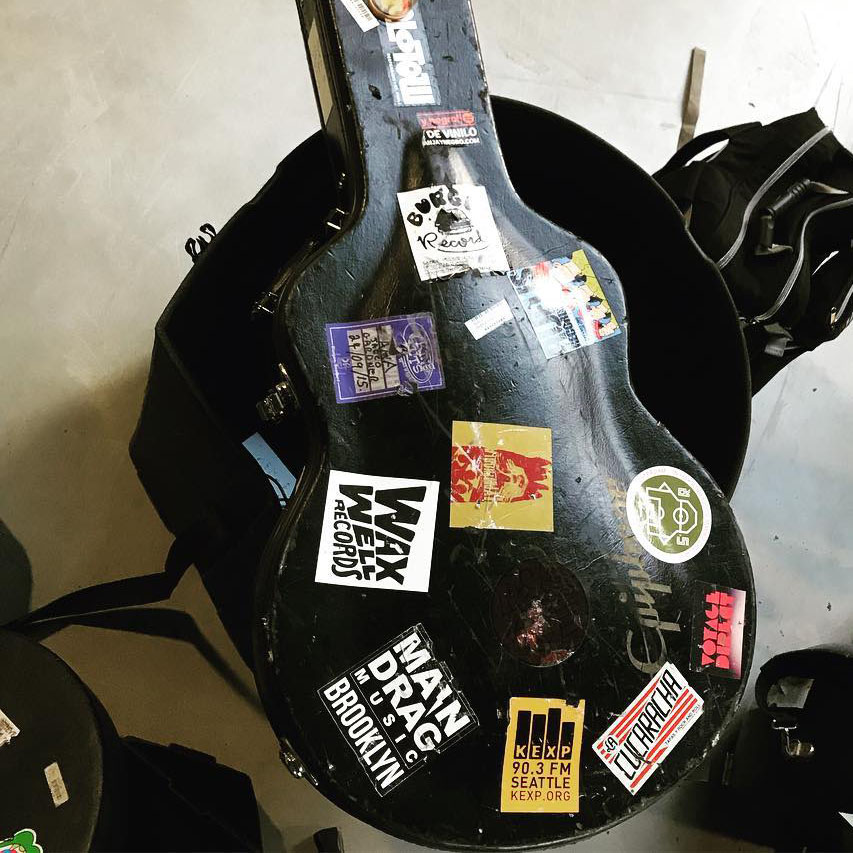 ‘The Punishment of Luxury’ is the new album by Orchestral Manoeuvres in the Dark (OMD), the pioneering synth-pop group – founded almost 40 years ago by two teenage Kraftwerk fans from the Wirral – whose early albums ‘Architecture and Morality’ (1981) and ‘Dazzle Ships’ (1983) would shape the dominant sound of that decade. Alongside the Human League and Gary Numan, OMD mapped out the musical landscape of the time and helped to mint this new genre with hits such as ‘Enola Gay’, ‘Electricity’ and ‘Souvenir’.

Signed first to Factory Records and then snapped up by Virgin, the duality inherent in OMD was plain to see from the start, as Peter Saville’s minimalist artwork belied the warmth of Andy McCluskey and Paul Humphreys’ timeless songwriting. Described by The Quietus as “not just one of the best synth bands ever – they are one of the best bands ever”, OMD’s influence has become ubiquitous. The xx, the Killers and LCD Soundsystem’s James Murphy have cited OMD as an inspiration, and the likes of Future Islands and Chvrches show traces of OMD’s DNA.

Now they return with their thirteenth album ‘The Punishment of Luxury’, a daring collection of stylish synth-pop and masterful song craft that sees OMD edge out of their comfort zone without compromising their integrity. “It’s almost like we’ve gone back to being teenagers after all these years,” says Andy. “We just do whatever we want and there’s no record company to tell us what we can or can’t do.”

The album was recorded in their respective studios in Merseyside (Andy) and London (Paul) with the final mixes handled by both at Paul’s. In the past their songs were fuelled by naïvety and excitement, this time the mood is reflective and sanguine, yet the youthful energy that courses through OMD remains the same. ‘On this album we have managed to make beautiful things out of noises and repetitive patterns’, explains Andy. ‘The trouble is, we just cant help but write a catchy melody!’

The album takes its name from an 1891 painting by the Italian divisionist Giovanni Segantini that hangs in the Walker Art Gallery in Liverpool, where it caught Andy’s eye. Divisionism is a technique of painting similar to pointillism, and Segantini’s painting, ‘The Punishment of Luxury’, depicts two women, condemned for having ideas “above their station”, floating in a limbo of purgatory in an Alpine landscape.

“We appropriated the title for something else,” explains Andy. “In a nutshell: most people in the western world are now materially better off than their predecessors ever were and yet we are unhappier because we have replaced the imagined order of religion and royal decree with the imagined order of marketing and commercial propaganda. So everybody thinks they need more stuff and now we have loads of things that we don’t need because we’ve been persuaded we do. Everybody is miserably unhappy and that is the punishment of luxury.”

The band were thrown off-balance in July 2013 when long-time drummer Malcolm Holmes suffered a serious heart attack onstage at a sweltering concert in Toronto on the ‘English Electric’ tour. “We struggled initially to start writing ‘The Punishment of Luxury’ album because we were in shock after Malcolm nearly died,” says Andy. “We didn’t want to play live as we wanted to give him 12 months, just to see how he was, and also we felt shocked and up in the air. It took us a year to get our engine started.” Malcolm, who joined OMD in 1980, is in good spirits today but can no longer drum under doctor’s orders. His replacement is Stuart Kershaw who has now been playing live with the band for the last year, and has previously co-written several OMD tracks, most notably Sailing on the Seven Seas.

Two special shows at the Museum of Liverpool in November 2014 pulled ‘Punishment…’ – and the band – into focus. At the event, Paul, Andy and keyboardist Martin Cooper performed songs from their experimental high-water mark ‘Dazzle Ships’ and lesser-known tracks from the OMD catalogue, using drum programs in place of Malcolm. Listening to the ‘Dazzle Ships’ material, the band found themselves reconnecting with it, reappraising what they’d set out to achieve in 1983. “Hearing what we’d done on ‘Dazzle Ships’ made us more determined to do weird and glitchy things – it got us enthused,” says Andy. “We shackled ourselves after that record, thinking we’d gone too far.” Perhaps they hadn’t gone far enough.

It was in this spirit of adventure and discovery that ‘Punishment…’ was forged. Having delivered a vintage OMD album with ‘English Electric’, their best since, well, ‘Dazzle Ships’, Andy and Paul found they could take more risks in the studio and see where the software and endless banks of synthetic sounds would take them. As they see it, their comeback album, ‘History of Modern’ (2010), for all its flaws, wiped the slate clean and allowed them to effectively reboot OMD as a credible proposition. Andy describes ‘History of Modern’ as their John the Baptist record, one that spoke of the next coming: “It was a collection of ideas and had a rock palette but we specifically wanted to be more electronic.”

OMD have always been techno-futurists but rarely have they sounded so brutally electronic as they do on ‘Punishment…’, as they pair gnarly electro rhythms with characteristically serene melodies on the opening title track, and slide Andy’s blue-eyed soul ballads ‘One More Time’ and ‘The View From Here’ into sleek new digital frames. Next to the imperial Kraftwerkian rush of ‘Isotype’, one detects traces of Arpanet or Dopplereffekt in the pristine glide of ‘Kiss Kiss Kiss Bang Bang Bang’, while the striking ‘As We Open, So We Close’ welds glitch-scoured beats to a McCluskey croon.

In common with ‘English Electric’, this album explores several themes but the prevailing mood is one of wistful nostalgia and idealised romance, of what might have been in both society at large and in more intimate relationships. Paul’s tender ‘What Have We Done’ examines the final stages of a long relationship. Andy muses on 20thcentury modernism on ‘Kiss Kiss Kiss Bang Bang Bang’ – “Mao Tse-tung and Uncle Sam, sold the world, bought the car, this time you’ve gone too far”, he sneers – and sings of the international picture language on ‘Isotype’, a now-archaic system devised in the 1930s that, he argues, has resonance today. “I like the idea of reducing information down to typographic images. But when we use emojis, we’re going backwards in our ability to communicate with each other.”

For ‘La Mitrailleuse’, another track named after a painting, this time one from 1915 of First World War machine-gunners by the British Futurist Christopher Nevinson that Andy came across in the Imperial War Museum, they patch together a military rhythm from cannon fire and rifle shots while Andy whispers: “Bend your body to the will of the machine.” This is accompanied by a haunting clip in which Nevinson’s soldiers are animated by regular collaborator Henning M Lederer. A second collage, ‘Precision & Decay’, tells a story in fragments of Detroit’s decline from industrial powerhouse to modern-day ghost town – “from luxury to landfill” – as Andy and Paul salute the city that’s given them so much pleasure in Motown and techno.

“We did feel like we were doing something that was changing the world,” says Andy of those early days when OMD would shock TV audiences with their weird new-wave on Top of the Pops. Their vision of utopia never quite materialised, of course, but with ‘The Punishment of Luxury’, OMD continue to enrich our lives.