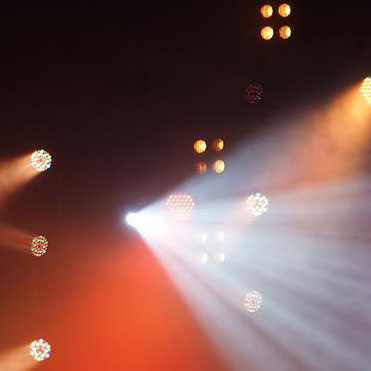 USE PRESALE CODE 'KMDO2018' TO GET YOUR TICKETS BEFORE ANYONE ELSE.

Multiple Grammy Award-winning singer-songwriter Kacey Musgraves has recently released her fourth studio album, Golden Hour (MCA Nashville), which has earned Kacey her third No. 1 debut on Billboard’s Top Country Albums chart. The album has been met with critical raves across the board including NPR, TIME, Rolling Stone, The FADER, Consequence of Sound, Noisey and Paste, among others. NPR has declared “she’s relaxed into the sound she’d already designed, going deeper beneath its sparkly, vintage-tinted surface and further cultivating her innate commitment to clarity and craft” and Noisey has proclaimed “it’s clear that the Texan is still the most talented songwriter in mainstream pop-country.” “Space Cowboy” was featured on Spotify’s New Music Friday and hailed as one of 2018’s best songs so far by Stereogum, and “High Horse” was premiered by Zane Lowe as his World Record on Beats 1. Kacey debuted “Space Cowboy” on The Tonight Show Starring Jimmy Fallon, and has made additional high-profile TV appearances surrounding Golden Hour’s release, including The Late Show with Stephen Colbert, TODAY, and The Ellen DeGeneres Show. Kacey will tour in support of Golden Hour this fall on her headlining Oh, What A World: Tour, kicking off in Europe and including a date at London’s legendary Wembley Arena. Kacey recently headlined C2C: Country to Country Festival, including a sold-out O2 Arena in London, and is currently on tour with Little Big Town. She will play Stagecoach and join Harry Styles on tour this summer.

Kacey first received massive critical acclaim and recognition with the 2013 release of her gold-certified debut album Same Trailer Different Park. The album debuted at No. 1 on Billboard’s Top Country Albums chart, making Kacey the first solo female in 5 years to top the chart with a rookie release and only the seventh to do so in Nielsen SoundScan’s 22-year history. Same Trailer Different Park earned Kacey 2 Grammy Awards for Best Country Album and Best Country Song (“Merry Go ‘Round”), 2 CMA Awards for “New Artist of the Year” and “Song of the Year” (“Follow Your Arrow”), and an ACM Award for Album of the Year. Kacey’s follow-up album Pageant Material was released in 2015, earning Kacey her second No. 1 debut on the Billboard Top Country Albums chart and soaring to No. 3 on the Billboard 200 chart. Kacey has toured extensively with artists including Willie Nelson and Katy Perry, and has sold out headlining dates across the U.S. and at London’s iconic Royal Albert Hall.