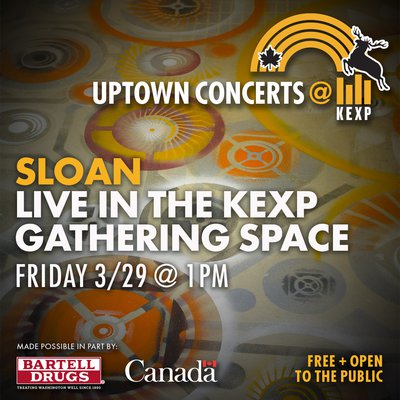 Sloan LIVE on KEXP in Gathering Space (OPEN TO THE PUBLIC)

KEXP, in partnership with the Consulate General of Canada in Seattle, present live performance from Sloan. The long-running Halifax rockers are touring in support of their twelfth and latest album, appropriately titled 12, out now via Yep Roc.

Join us Friday, March 29th at 1 PM in the Gathering Space.

It’s FREE and All Ages as part of KEXP’s Uptown Concerts series.

Don't live in Seattle? You can listen along worldwide as we broadcast audio from their session.